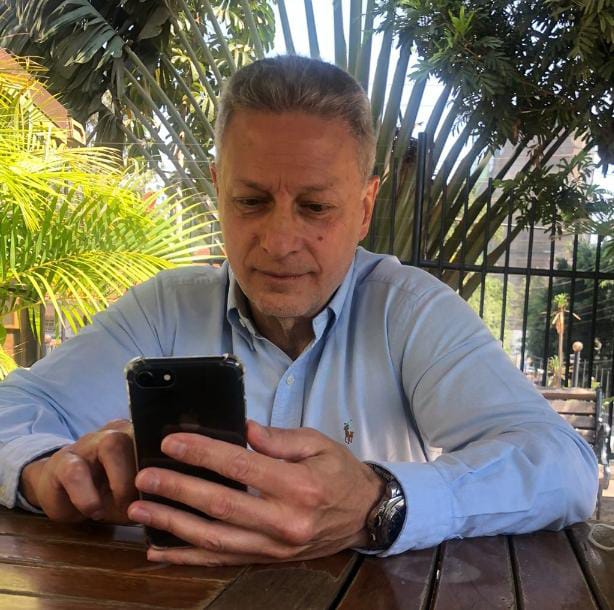 Uganda Police are wondering how renowned Portuguese gold smuggler Joao Carlos Ramalho Ferreira evaded their dragnet and managed to sneak out of the country after they had laid an ambush to nab him.

Ferreira in a similar fashion slipped though Kenyan law enforcers in December after he had sneaked in 100 kilograms of gold from Democratic Republic of Congo (DRC) before moving the consignment to Uganda after his attempts to ship the precious commodity to Budapest, Hungary through the Jomo Kenyatta International Airport hit the wall.

Uganda Police suspect that the scammer who is now on the watch of Interpol, could be having informers, who alerted him on the intended raid on his hotel and helped him sneak out of the country.

On his social media platforms he has resorted to blackmail, name soiling of legitimate firms and extortions, to divert attention over his trail.

“We don’t know how he managed to sneak out of Uganda without our knowledge and how he even learnt of our planned ambush,” a top police officer in Uganda who sought anonymity, said.

Joao Carlos Ramalho Ferreira, a Portuguese citizen of passport number CB459223, who is based in Hungary, is said to be liquid and a shrewd businessman with close connection with some top leaders in Middle East and Africa. 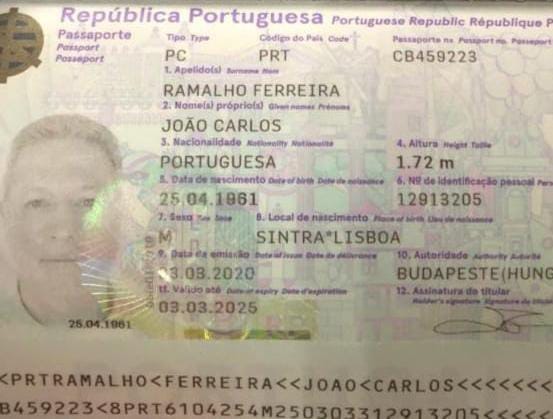 He has close links to influential Sheikhs in Dubai, Bharain and Saudi Arabia and is suspected to be supplying guns to war torn Syria, Somalia, Yemen and DRC. Through his trade in guns is how he forged a strong bond with fugitive DRC General John Numbi.

The 67 year-old Economist by profession has once been a football agent in Portugal, before he shifted base to Budapest in Hungary where he ventured into gold smuggling.

It is believed that the gold which has a street value of Sh621,500,000 (5.5million dollars), was smuggled from the mineral rich Katanga area in DR Congo in October last year through Burundi, with the help of powerful Congolese military General John Numbi who is his close ally.

General Numbi has been on the run for close to a year after the authorities called for his prosecution after being found guilty for the murder of human rights activist.

On 14 April 2021, former General John Numbi was officially charged with the murder of human rights defender Floribert Chebeya Bahizire and his driver Fidèle Bazana Edadi by the High Military Court, 11 years after the murder was committed. Floribert Chebeya Bahizire and Fidèle Bazana Edadi disappeared on 1 June 2010, after complying with a summons order to meet John Numbi at the police headquarters in Kinshasa. The following day, 2 June 2010, the human rights defender’s body was found in his car on the outskirts of Kinshasa. The body of Fidèle Bazana was never found.

According to police sources, the body of Floribert Chebeya Bahizire was found in the back of his car on the morning of 2 June 2010 in the outskirts of Kinshasa, after his disappearance had been reported on the evening of 1 June 2010.

His driver, Mr Fidèle Bazana Edadi, also a member of the association La Voix des Sans-Voix – VSV (The Voice of the Voiceless), disappeared and according to certain sources, his body was found on 3 June 2010.

Ferreira who is fond of using proxies for most of his businesses, is believed to have personally travelled to Kenya for this specific haul, despite the fact that he had at one time been denied entry to the country because of his past records.

The plot was to ship the major consignment to Hungary where there was ready market, but Kenyan authorities thwarted the move after smelling a rat since there were no proper documents for the multimillion commodity. Ferreira swiftly through the help of a local prominent lawyer, are believed to have forged some documents and instead moved the consignment to Uganda and it is not clear whether the consignment is still in Kampala or it has been shipped abroad.

Kenya Insights allows guest blogging, if you want to be published on Kenya’s most authoritative and accurate blog, have an expose, news TIPS, story angles, human interest stories, drop us an email on [email protected] or via Telegram
Related Topics:Joao Carlos Ramalho Ferreira
Up Next