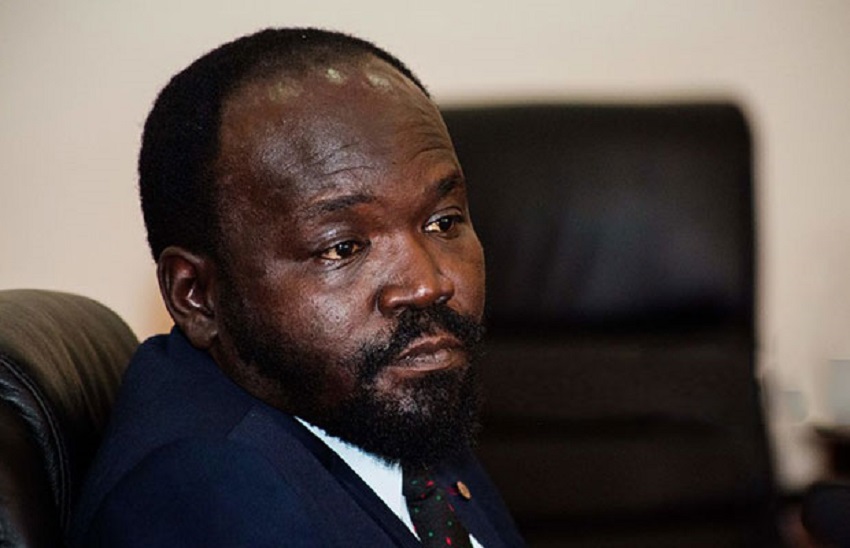 South Sudan’s minister of humanitarian affairs and disaster management Peter Mayen was forcefully pushed off a plane on Saturday by passengers.

South Sudan’s minister of humanitarian affairs and disaster management Peter Mayen was forcefully pushed off a plane on Saturday by passengers after he forced himself through airport with a positive COVID-19 test results, one passenger and an airport staffer told Sudans Post on Saturday evening.

According to a humanitarian affairs ministry official, the minister was heading to Kenya when he surprisingly returned to the ministry. He had an appointment with his Kenyan counterpart to discuss and sign a humanitarian response plane on Sunday, according to the official.

“The minister was going to Nairobi, Kenya because he was set for a meeting with the minister of humanitarian affairs of Kenya to discuss and sign a humanitarian response agreement,” the ministry official said on condition of anonymity. “But we were surprised that he returned to the ministry and we didn’t know that he has COVID-19 because these things are confidential.”

A passenger who said he was among the people who pushed him out of the plane said airport staff seems to have compromised that he get into plane with the passengers because the crew members informed them that they couldn’t do anything as security officers failed to prevent the minister from boarding the plane.

“What happened is that the minister was positive with coronavirus, but the security officials didn’t want to prevent him from boarding the plane and the plane staff told us about the matter and because we are concerned with our own health, we pushed him out of the plane because it is against the law and out health,” the passenger said.

Mayen is a controversial figure who has in the past been involved in a quarrel with a businessman over four vehicles that Mayen had borrowed.

The report from South Sudan is alarming given how easily it was easy for the minister to breach the security, ignoring all the COVID-19 safety protocols and more alarming how the KQ crew appeared helpless to the situation that it had to take the passengers to handle the matter by themselves.

Sudan-Kenya route is busy since the two countries by mutual relations sees many travel and one would only wonder and worry if in the past such incidences could’ve gone unreported thereby putting many at risk.

In May last year, South Sudan’s First Vice President Dr Riek Machar and his wife Angelina Teny, the Minister of Defense and Veteran Affairs, were the first top government officials to publicly admit that they had contracted Covid-19.

Weeks after his appointment, the chairman of the National Committee on Covid-19 and Fifth Vice President, Hussein Abdelbagi, confirmed that he too had also tested positive. That very week, Second Vice President James Wani Igga revealed that he had contracted the virus.

In December last year, former South Sudan Ambassador to Russia and former Presidential Legal Advisor, Telar Ring Deng, passed on at an Aspen medical facility days after declaring on social media that he had tested positive for Covid-19.

Earlier this week, the South Sudanese military announced the death of three generals, David Manyot Barach, Elijah Alier Ayom and Mabior Maket. Over the last two weeks, two prominent scholars at the University of Juba succumbed to Covid-19 – raising the number of deaths from the pandemic to 95.

Most of the cabinet members have now either contracted the virus from reports or are potentially infectious as the case of Mayen who almost slipped through the wire and wouldn’t have not only infected fellow passengers and KQ crew but his Kenyan counterpart he was scheduled to meet.

A number of South Sudanese dignitaries have also been airlifted to Nairobi hospital for coronavirus treatment in Nairobi as most hospitals in Juba are below standard to contain the virus. A number of S.S officials are expected to travel to Nairobi from next week as peace talks between warring factions have been shifted from Rome to Naivasha hence need for more vigilance in the airports and more so the airline staff must ensure not to admit any infected passenger to safeguard the health of everyone onboard.