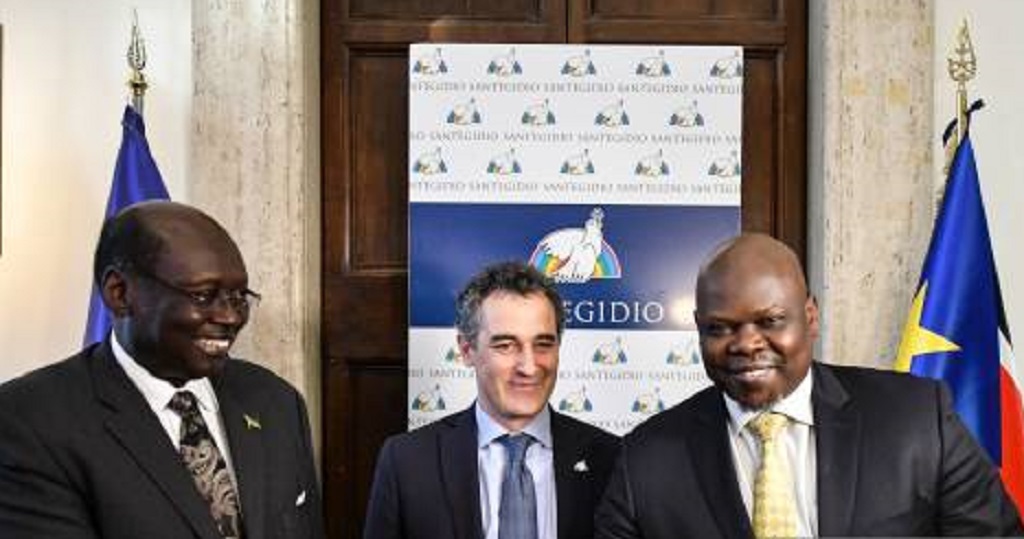 The talks between the two parties was supposed to begin last January, but Kenyan authorities did not approve at the time a request by Sant Egidio Community for venue of talks.

The talks were then returned to Rome where they were initially started, but none of the representatives of the parties travelled there as several members of government team tested positive for coronavirus.

However, that would only appear as a convenient excuse, the new move to transfer the talks to Kenya comes only a month after Kenya Insights, blew the whistle that some corrupt elements in Kenya’s foreign ministry in conspiracy with stooges in South Sudan’s government, were hell bent to keep the talks in Italy for the purpose of prolonging the talks while benefiting from the blood money.

It was after this that our report caused waves in the two countries with President Uhuru giving orders for the immediate relocation of the mediating parties to Kenya. Naivasha has since been chosen as the ideal place for the talks.

Barnaba Marial Benjamin, a spokesman and deputy chief negotiator for the government team confirmed that the talks will begin in Naivasha next week and would focus on addressing the root causes of the conflict.

“We have the agenda for the new round of talks,” said Dr. Barnaba Marial is quoted by Radio Tamazuj as saying. “Paul Malong and Pagan Amum said we should discuss the root cause[s] of the conflict, so we will listen to them. The talks will take place from the 8th to the 12th of March.”

Marial who is a presidential envoy said government team “will also discuss the root cause of the conflict with the other faction led by General Thomas Cirillo after our meeting with the group led by Gen. Malong and Pagan.”

Separate, the spokeswoman for General Paul Malong’s South Sudan United Front/Army Nyamach Nyang Chuol confirmed that the talks will begin next week in the Kenyan town.

“The talks will begin from the 8th to the 12th of March, so it will last for five days. A delegation representing the Revitalized Transitional Government of National Unity (RTGoNU) will come to Kenya,” she said.

The government is in a hurry to move forward on the process. It wants to be able to prove itself to US President Joe Biden‘s new administration, which has been quickly restoring US relations with the new authorities in Khartoum. South Sudanese President Salva Kiir hopes that the US will lift its sanctions on the country but this decision could be conditional to the success of the talks with the SSOMA.