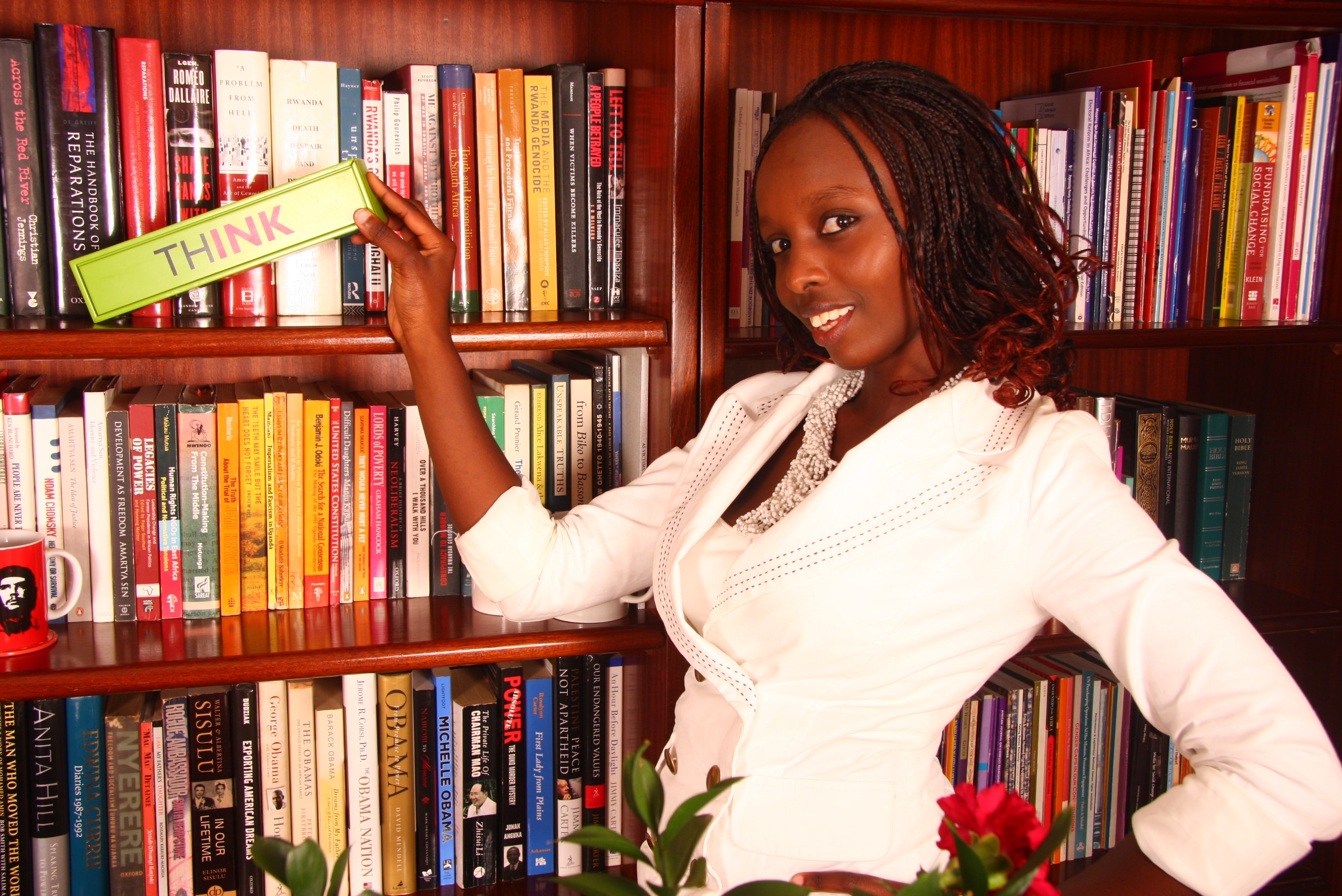 Criticism and Platform of the Criticism
Ms Njoki Chege to Senior Advocate Donald Kipkorir
Cicero once said, “To be ignorant of what occurred before you were born is to remain always a child.”

Kenya as a Society we are engulfed with ample tools, which can be theoretical, monetary, tangible resources just to mention a few. For purposes of this discourse, the article focuses on conceptual and financial tools. Also, there will be a slight touch on Social Media.
The theoretical tool is the most celebrated document in Kenya, which happens to be the Constitution of Kenya (the CoK). The said document entails some freedoms, such as freedom of expression. The freedom of expression is not absolute neither is the right to information. The two have some capping, which varies based on a case-to-case basis.

For instance, it is relevant for someone who has Human Immunodeficiency Virus (HIV) to inform any person who he or she intends to have sexual intercourse with that he or she has HIV. However, a third party is not allowed to share such information, not to mention even the doctors or medical practitioners, and if it is done, one will have a success Petition that his or her Constitutional Right to Privacy has been breached. And, if it is a matter that could raise controversy over one’s reputation, then the author should at least make an effort to contact the person who the article is likely to affect.

Cicero asserted through “Academic Scepticism” that appreciation of a diverse ideology is the first step to understanding it and develop some better ideas surrounding the said topic. It is evident that one Ms. Njoki Chege knowingly and to the best of her knowledge, not to mention the critical thinking abilities that she has attained through her personal urge of interacting with the education system, which in the current society is presumed to make one literate and intelligent, has enabled her to pen an article about Senior Advocate Donald Kipkorir. However, the article cannot engage one in a constructive discussion, more so, a person of the stature of one Senior Advocate Donald Kipkorir. To make this view more vivid, the discussion below will be segregated into various topics.

The moment a baby is born, he or she is forced to engage in an environment that is quite unbearable. Looking at the tales of John Locke, Thomas Hobbes et al. when discussing the Doctrine of Social Contract, which is the ideology behind what a Government or Society is, then one will start to realise that as a human being, you will never have free will. The free will that we presume to have is not extant even if the aspect of Social Contract was not in place.

Related Content:  Being A Loyal Citizen And A Foreigner In Qatar

Our current free will is based on Social Standards that we exhibit consciously and subconsciously. For instance, in the Western Region of Kenya, it is believed that a chicken’s gizzard is a man’s food, and if you share it, the two who share will become enemies. In this case, that is how the cycle begins, people being born and taught actively or learn actively or passively through observation. Therefore, they live by that standards, believing that is the right measure of leading life.

Going back to Ms Njoki Chege’s article, it is clear that she indeed believes of what a Society should be like or those who have certain monies need to act like. For instance, she addresses that a man of a certain age should be married, initiate certain investments or maybe own a building in the Central Business District of Nairobi, Kenya just to mention a few since she might have preserved some valuable ideas on how the social structuring of the society should take place.

There are possibilities that Ms Njoki Chege might be right, as she believes on certain Social Standards that can be termed as Cultural Practices that are either rooted from our African Traditions, Religious practices or Traditions borrowed from other Societies. Also, these Cultural Practices or Social Standards are equally acknowledged within the CoK and the Judicature Act; but are they absolute?

Let us focus on Social Engineering School of thought by one Nathan Roscoe Pound, which addresses on Law in Action and Law in Form. Predominantly, these Social Standards are Laws in Action, which is not written but developed out various practices. Some can offend the Law in Form while some cannot offend the Law in Form. Therefore, this question on whether Senior Advocate Donald Kipkorir is flaunting is best addressed with his peers, whom we can say are the Advocates who are members of the Law Society of Kenya. Such a move will answer questions that surround the Legal fraternity on issues of Moral Ethics as per the profession.

Social Media has transformed from the early years of 2004 (Facebook) and 2006 (Twitter). Unlike the initial times, it was more of family and friends that are why there is always an advanced aspect of privacy. For instance, “Add Friend” “Delete Friend” (In a Mafia’s world this is something different) “Who to View” “Who can send a friend request” “Who can view your timeline” etc. Regardless of the same and advanced settings being provided, there are other uses of Social Media; some examples can be, networking, e-transactions and advertisement (both paid and organic approach).

Therefore, Social Media is a reflection of the streets, cities, roads, etc. we have the likes Moi Avenue, 1st Ngong’ Avenue, Uhuru Highway, Mombasa, etc. In the event you become a friend or follower of another person on Social Media, it is like accepting to see and read (if you want to) their content that they are willing to allow the public to see or read.

However, you as a friend you have a choice of terminating the online friendship that you have or approaching the individual through the inbox chat, email or a phone call for a certain conversation.
In the olden days when one buys a car or builds a house, they used to call the villagers, family and friends to come and celebrate the success. It is clear that the Senior Advocate Donald Kipkorir did that, and it is okay to elicit different forms of reactions just like that of one Ms Njoki Chege.

We as human beings are always different, not to mention even twins experience different thoughts and approach on various issues. An individual is faced with diverse factors, for instance, in a political forum, let us consider a Jubilee supporter (The Current Government):
One will agree with the 2013 Judgment just because he wanted Uhuru and Ruto to be the holders of the Government; and
Another one might be of the view that the Judgment given by the Supreme Court of Kenya was well thought; hence, Uhuru and Ruto are rightfully in the office.

Those are two supporters of the Jubilee Government holding different views of why they support the leadership that is in control of the Government of Kenya.
Various desires drive human beings, some we know, but some are deep inside our subconscious mind. That is the reason why people who have theoretically same background setting will always have a different approach to life. Another example is about a young child is emotionally and physically abused because he or she is a foster child, there are various occurrences in the future about the child, which can be as follows:

Related Content:  Sound Of Impunity: Cornered Mutahi Ngunyi Brags That He Stole Sh12.5M NYS Money Because He Is A Kikuyu

One might turn out to be an activist for the rights of the foster children as he understands the pain and pressure; and
The other might be vicious and vent his or her childhood harsh environment to other peers or those below him or her either physically or socially.

Therefore, at no point will it be wise to argue that Human Beings will always act the same or follow a particular Social Standard, and in the event, the Social Standards is incoherent with the Law in Form then there are right platforms to present our grievances.

I will not delve into this division that much as one Ms Njoki Chege relates the daily activities of Senior Advocate Donald Kipkorir to that of someone being in regular confrontation with the City Council’s officers – Whereby her thoughts are, one with the power of such influence cannot encounter such hurdles.

The life of the late billionaire Mr Jacob Juma can be the best tale, and this is because he had money but sometimes and just sometimes one is not always protected. I would like to remind her of JF Kennedy who was assassinated based on his new approach concerning Governance; also, among the many, we have the late Thomas Sankara. What I’m driving to is that in this Society, the aspect of Power and Money is not vital as there are various classes of money and power; hence, the comparative analysis done by Ms Njoki Chege is unreliable.
Conclusion? You can make one

Ombo Malumbe is an ATP at Kenya School of Law

Disclaimer: This article expresses the author’s opinion only. The views and opinions expressed here do not necessarily represent those of Kenya Insights or its Editors. We welcome opinion and views on topical issues. Email:[email protected]

Kenya Insights allows guest blogging, if you want to be published on Kenya’s most authoritative and accurate blog, have an expose, news TIPS, story angles, human interest stories, drop us an email on [email protected] or via Telegram
Related Topics:Njoki ChegeOmbo MalumbeOpinionPolitics
Up Next

Kenyan Youths Getting Their Hands Dirty In The Murky Political World

How Not To Unseat Rachael Shebesh, Mistakes Made By Wannabe Nairobi Women Representatives