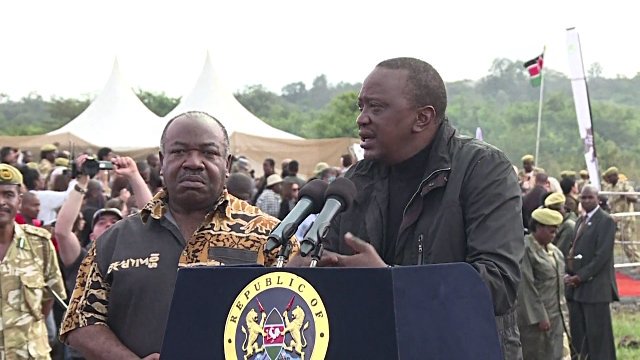 Protests against the reelection of Gabon’s President Ali Bongo

As Gabon is rocked by violence following the contested re-election of President Ali Bongo, experts says electoral fraud in Africa is becoming harder, thanks to civil society vigilance and spread of mobile technology.

Opposition leader Jean Ping on Friday declared himself the rightful president of Gabon and called for a recount, following Bongo’s claim of victory with a razor-thin margin of just under 6,000 votes in the August 27 election.

But recent elections in Nigeria, Ivory Coast, Benin and Burkina Faso have all been held largely without dispute, overseen by engaged citizens who assured careful monitoring of the process, said Mathias Hounkpe, Political Governance Programme Manager for the Open Society Initiative for West Africa (OSIWA), which promotes greater government transparency. “It is more and more difficult to commit fraud,” he said.

Preventing fraud with ballot papers was down to a clear legal framework for organising elections, electoral bodies “in a position to respect the rules”, independent figures such as international election observers and a free press and active social media users who would guarantee a fair vote, according to Hounkpe. For Aboubacry Mbodji, secretary-general of the African rights group RADDHO, west and central African countries such as Senegal, Ghana and the Atlantic island of Cape-Verde have shown Africa how a successful democracy holds an election.

A strong civil society and the combination of free media and citizens with access to new technology to disseminate information was “extremely important”, he told AFP. Senegal, where RADDHO is based, saw “a change at the top” in 2000 when liberal candidate Abdoulaye Wade challenged the socialist regime that had held power for 40 years, and was elected president for two terms. Government fightback But Wade himself was booted out in 2012 after angering voters with attempts to stay on for a third stint in power, showing the maturity of the electorate, Mbodji said. “(The 2000 election) was in large part thanks to the use of mobile phones, but also the internet,” he added.

Any party members tempted to tamper with ballots had to face the large numbers of Senegalese who remained in place at voting stations to ensure it passed off peacefully, he said, and reporters who called in the results to media from mobile phones, especially radio stations, covering the event. The last 15 years have seen organisations such as “Y en a marre” (We are sick of it) in Senegal, “Balai citoyen” (Citizen sweep-up) in Burkina Faso and “Lutte pour le changement” (Fight for change) in the Democratic Republic of Congo appear, intent on pressing governments to be less opaque.

Despite the trend towards more transparent elections, heavy handed government reactions have not entirely vanished, with internet and social media shutdowns during presidential elections in Uganda in February and in Congo-Brazzaville in March, and now in Gabon. “The African Union observers couldn’t even communicate properly to complete their tasks,” Mbodji said, referring to the Congo election that returned longtime leader Denis Sassou Nguesso to power. But even the continent’s most entrenched leaders couldn’t escape the effect of the tidal wave of information the internet made possible, said Hounkpe. “Those in power have less and less capacity to manipulate the process.”

Kenya is also another example where in the previous elections of 2013 done on a Biometric technology, allegations from the opposition were that it was a sham. Judiciary is what prevented the country from going up in flame by playing intermediary in solving the dispute.

As we head to another fierce elections in 2017, concerns have been raised over the quality of elections with electoral body being restructured. The government is accused of scheming in with social media restrictive regulations through amendments acts now before parliament. This is seen as a gag motive as vigilant society stays top awake in the gear up to the next elections.

Kenya Insights allows guest blogging, if you want to be published on Kenya’s most authoritative and accurate blog, have an expose, news TIPS, story angles, human interest stories, drop us an email on [email protected] or via Telegram
Related Topics:CorruptionElectionsPolitics
Up Next

Glorified Thieves, Corruption And Impunity Not Punishable In Kenya But Rewarded With Political Posts And Privileges