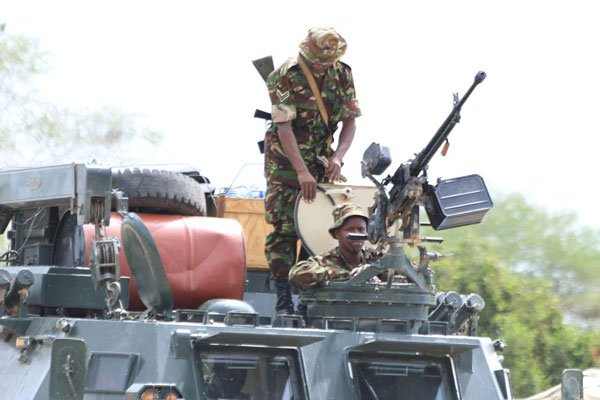 For Ike Ochiango, who sells long-life milk to informal traders in Nairobi’s sprawling Kibera slum, Kenya’s Aug. 8 presidential election is bad for business. “People are not buying,” says the 26-year-old, as he takes a break from pulling his makeshift handcart laden with cartons along a rutted dirt road in the traffic-choked capital. “They are afraid of violence and that their shops will be looted.”

The fear is well-founded: Assassinations, intimidation, and gerrymandering have marred previous elections in the East African nation. The memory of an anarchic 2007 vote, and an ensuing killing spree in which at least 1,100 people died, is fresh in the minds of many Kenyans. This year’s campaign has also been fraught, with preparations behind schedule, the opposition up in arms over balloting procedures, and numerous clashes between rival political parties and the police.

The prospect of renewed political turmoil poses further risks to an economy that was one of Africa’s top performers over the past decade, when growth averaged 5.2 percent a year. Now Kenya is contending with a crippling drought and rising government debt. Growth plummeted in the aftermath of the disputed election, to 1.7 percent in 2008 from 7.1 percent the year before. The government expects the economy to grow 5.5 percent in 2017.

About 180,000 personnel from the police, the electoral commission, and other government agencies have been deployed to secure the vote, and the European Union, African Union, and the Commonwealth have sent observers. Robert Besseling, the Johannesburg-based executive director of EXX Africa Ltd., a political risk advisory firm, warns that large parts of the country remain highly susceptible to electoral mischief-making. “There remains ample scope for vote-rigging,” he says. “Allegations of electoral fraud are the primary trigger for outbreaks of violence. Partisan supporters and militia groups will mobilize to protect their ethnic and political interests.” Kenya is home to more than three dozen ethnic groups.

On July 31 the electoral commission said the body of Chris Msando, one of its technology managers, who’d been missing for three days, had been found at a Nairobi mortuary. Msando was one of a few people at the commission who knew the whereabouts of its computer servers, the Nairobi-based Star reported.
About 19.6 million people have registered to participate in the election of a president, a deputy, 47 senators, and 290 members of the lower house. (Kenya’s senate has 67 seats, but only 47 are elected; the balance are nominated to give greater representation to women, youth, and the disabled.) A candidate must win a majority of the popular vote and at least a quarter of ballots cast in more than half of the nation’s 47 counties to win the presidency, failing which a runoff must be held within 30 days.
While eight hopefuls have entered the race, opinion polls show only the incumbent, Uhuru Kenyatta, 55, and former Prime Minister Raila Odinga, 72, have a realistic chance of winning. A July poll by Ipsos Kenya showed Kenyatta with 47 percent support and Odinga with 43 percent. Emma Gordon, an analyst at Verisk Maplecroft, a U.K.-based risk advisory firm, gives Kenyatta an even chance of a first-round victory but cautions that the race is too close to accurately call.

The contest is a rematch of one held five years ago that Kenyatta won in the first round by the narrowest of margins. Odinga cried foul, but the Supreme Court rejected his allegations of vote-rigging. This time, Odinga has the backing of five of the main opposition parties, which have united under the banner of the National Super Alliance to try to unseat Kenyatta’s Jubilee Party.
Kenyatta, the son of Kenya’s founding father and first president, has pledged to boost investment in infrastructure, expand access to health care and education, and create an additional 1.3 million jobs a year.

Odinga, for his part, says he will crack down on corruption, revitalize industry, and cut the fiscal deficit to less than 3 percent of gross domestic product. The budget gap stands at 10.2 percent, and the government debt-to-GDP ratio has ballooned to more than 50 percent, from less than 40 percent eight years ago, as Kenyatta’s administration raised borrowing to fund it. The next administration will have to curtail debt if Kenya is to retain its status as one of Africa’s most-favored investment destinations, according to John Ashbourne, Africa economist at Capital Economics Ltd. in London. “Kenya certainly does not look as promising as it did a few years ago,” he says. “If debt levels continue to rise, then Kenya could get into trouble relatively quickly. There is an additional risk, in that we expect that Kenya’s economy will slow in 2017, so revenue will probably be below target.”

Corruption, a lack of jobs, and rising grain prices resulting from the worst drought in three decades are more pressing concerns for the electorate, Ipsos surveys show. Inflation is running at a five-year high, and the cost of milled corn, a staple food known as unga in Kenya, has soared more than 50 percent over the past year. Almost half the population of 47 million survives on less than $2 a day. The government warns that more than 3 million people are at risk of going hungry.

While Kenya’s economic challenges may sway some votes and induce a higher turnout in opposition strongholds, politicians’ personalities and ethnic loyalties will be more decisive factors if past elections are anything to go by. Kenyatta can count on the support of his fellow Kikuyu, the largest of more than 40 ethnic groups; his running mate, William Ruto, should help him secure backing from the fourth-largest group, the Kalenjin. Odinga, an ethnic Luo, has strong support among the country’s third-biggest group and is banking on the wide diversity of his coalition’s other leaders to draw other voters.

With more than half of registered voters below the age of 35, another key to the outcome will be whether political parties can persuade young people to participate, says Ndung’u Wainaina, executive director of the International Center for Policy and Conflict in Nairobi.

Abdul Azizi, 27, is unemployed and doesn’t see the benefits of voting. “All the politicians are the same,” he says. “They are rich. We are struggling to get half a kilogram of unga. We are dying poor, like dogs. Life is going to be hard after elections. Nothing will change.”

BOTTOM LINE – Because of ethnic politics, President Uhuru Kenyatta has a good shot at capturing another term even though the price of food staples has skyrocketed and public debt has soared.

NB: Original article appeared on Bloomberg. Opinions are not Kenya Insights’ but the author’s.

Wafula Chebukati The Man With The Worst Job In Kenya