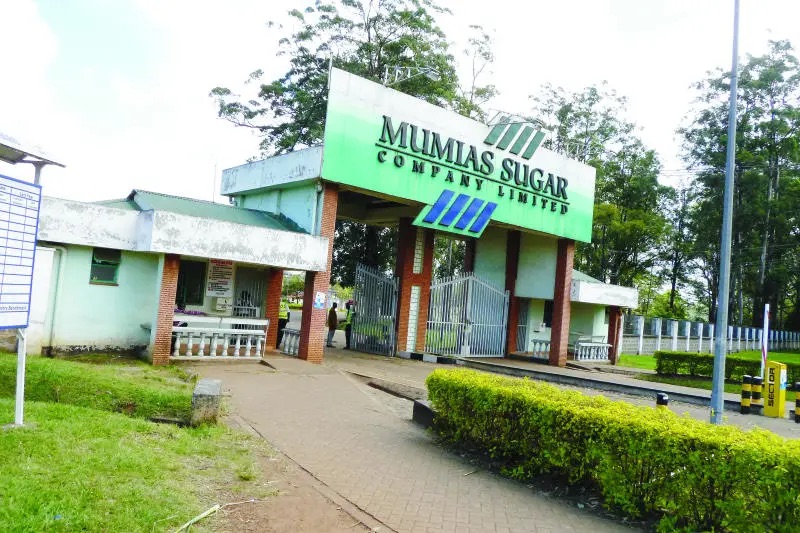 Incoming president William Ruto has vowed to go after corruption cartels that have surrounded and plagued the country. One of the most profitable companies that sustained the western economy, Mumias Sugar is a prominent casualty and if there’s anywhere that the president-elect should strike first then it is Mumias.

Mumias Sugar Company is under siege having been circled by vultures.

Is it not the height of irony that the predicament and fate of what, until the other day, was a systemic player and anchor of a supply chain benefiting millions of households living the western region of Kenya has been reduced to unending and sterile court battles over creditor claims on the ethanol and cogeneration plants?

The fate of the company and of the ordinary sugar farmer is now in the hands of Nairobi’s litigation aristocracy comprised of a brigade of elite lawyers representing dozens of creditors with interlocking interests in the matter. They have launched a firing squad of court cases and are engaged in weaponised litigation meant to wear down the insolvency process through protracted litigation, the ultimate intention of which is to wind up Mumias.

Vartox Resources Ltd a Dubai based firm is at the center of stalling the revival of the sugar company that was an anchor base of the western economy before its collapse.

The firm which mysteriously enjoined the legal disputes is run by ghosts as most of its local directors are unknown. However, Kristian Khachatourian is listed as its director according to court documents seen by Kenya Insights.

Big questions that has been lingering on stakeholders’ minds are as to know how Vartox came to marshal the audacity to seek to kill Mumias. Whether the debt it is owed is so big as to warrant extermination of Mumias from existence and who are the names of the actual beneficial owners of this entity.

Vartox is incorporated in British Virgin Island the world’s most popular tax haven. The territory is famous for offering cheap and simple shell companies that allow their owners to avoid registering their names in public.

Kristian Khachatourian the Vartox director in the United Arab Emirates whose trail is traced to the infamous Panama Papers.

Khachatourian is also linked to Jankle Group Limited as a shareholder which is said to be an intermediary firm of Mossack Fonseca & CO. (UK) Limited.

Where did Vartox pop up from in the first place? Court records show that the company is a product of belated complex and hurriedly orchestrated transactions between a group of Nairobi-based banks involving assignment and substitution of non-performing assets between the local banks.

It’s those complex transactions that ended up in the British Virgin Island company being belatedly brought in to step into the shoes of the original secured creditors of the ethanol and cogeneration factories. The timing of the entry of Vartox into the scene — bang in the middle of the process of procuring the leasing of Mumias — has widely been interpreted as a tactical manoeuvre by parties fighting off the leasing contract.

Vartox Resources Inc. has accused Kenya Commercial Bank and Mumias receiver manager Ponangipali Ramana Rao of being part of a syndicate where assets of distressed companies are sold at a gross undervalue.

Through lawyer Abbas Ishmael, Vertox said that this is an obvious case of fraud and corruption.

This was stated in an affidavit in opposition of an appeal by Gakwamba Farmers seeking to set aside the high court ruling nullifying the lease awarded to Sarrai Group.

Vartox Resources Inc director said in his affidavit that they have learnt that there is a market trend where Rao is a common denominator in massive companies where assets of significant value are at play.

Tahir Sheikh Said Grain Millers Limited (TSS) is said to be one of KCB and Rao’s victim.

Assets worth colossal amounts were sold at 50% of the value and there are existing court challenges against Rao, KCB and the purchaser in relation to the dealings with the TSS assets.

According to the company, since the delivery of the ruling of 14th April 2022 it has unearthed that TSS was a distressed company where Rao was appointed as administrator in 2016 and his administration has been perpetually extended by the high court year on year.

The court heard that TSS owned several assets which included a grain milling plant, machinery, silos and other movable assets.

“All of TSS’ grain milling assets were erected or operate on an immovable property known as land Reference No. Mombasa/Block  I/316 (the property),” Ismael added.

TSS assets sold at a loss

On 17th December 2019, Rao allegedly sold all the movable assets for Sh 350 million notwithstanding there was an offer of Sh 810 million two years prior for the same.

Ismael added that in 2017, in circumstances that are unclear, the property appears to have been transferred by KCB to a third party.

Afterwards, the property was charged to KCB to secure a facility of Sh 600 million.

“On the same date the movable assets were sold by Rao and KCB despite not being the registered owner of the land, entered into a sale agreement and sold the land for Sh 300 million,” said Ismael.

He added, “the law is well settled, there is an obligation on lenders such as KCB by section 97(3) of the Land Act, 2012 which requires them to ensure that a property is not sold below 75% of its market value.

The lawyer added that the buyer of the movable assets and property was Jamii Flour Millers Limited. The company allegedly changed its name to Ustawi Grain Millers limited (Ustawi) on 20th January 2020, less than a month after acquiring the movable property and the assets.

In addition, the court was told that the same persons are the shareholders of Sarrai and less than a year after the property was sold for Sh 300 million to Ustawi, Ustawi secured a loan of USD 14,715,000 (apprx. Sh 1.4 billion) against the property.

“A property which KCB sold and Ustawi purchased for Sh 300 million was now capable of securing a loan of more than Sh1. 4 billion,” Ismael claimed.

According to Vartox, the actions of Rao and KCB in the TSS case are reminiscent of their nefarious intentions in the Mumias case.

“How else can either of them explain the selection of Sarrai as the lessee of Mumias assets despite having submitted the lowest bid?” Ismael questioned

Ismael said it is evident that Rao, KCB and Sarrai have had a relationship for years now.

“It is therefore proof that the selection of Sarrai by Rao as the lessee of Mumias assets was not only deliberate and intentional but a calculated move by Rao and KCB to swindle other bidders and creditors of Mumias,” he added.

Victoria Commercial Bank has been on the spot over suspicious transfer of Mumias assets that had secured loans from Eco Bank and French Development Agency Proparco.

In transferring the assets, the parties ignored an inter-lenders agreement signed on September 27, 2010 according to documents seen by Kenya Insights. The agreement required each lender to notify other parties of ‘any modification, termination, amendment and transfer of any security.’

Other lenders in the deal included Barclays Bank and Stanbic Bank.

“If any lender wished to discharge its security it will notify the other lenders prior to affecting the discharge…Consultation notice to be issued to all lenders for a period of 10 working days,” the agreement reads.

Contrary to the agreement, however, Proparco and Ecobank went ahead to assign their right to Victoria Commercial Bank on October 4, 2021, without notice to KCB, Barclays Bank or Stanbic.

Interestingly, the transactions happened when the receiver-manager was engaged in the leasing process for the survival of the sugar firm.

Besides the investment of Victoria Commercial Bank in Nonperforming Asset Definition (NPA) contravening the Banking Act, the source of money to pay Proparco and Ecobank also raises questions.

The lease rental would also give more than their consideration value, a move seen by experts as an act to avoid Corporation Tax.

How Victoria Commercial Bank, which is one of the smallest banks in the country, acquired assets of USD 45 million and Ksh800 million is also suspicious.

Similar questions also arise in the transfer of the assets in question to Vartox Resources Inc as no notice was given to the listed lenders during the execution of the sale.

In a case of conflict of interest, we also established that Anjarwalla & Khanna Advocates has represented a number of parties in the saga.

Anjarwalla & Khanna Advocates was involved in the transaction between Eco Bank, Proparco and Victoria Commercial Bank which has Mauritius ownership. The law firm represents Jaswant Singh Rai, the chairman of Rai Group, who is among the firms fighting the leasing of Mumias to Sarrai Group, a company associated with his younger brother Sarbi Singh Rai.

Anjarwalla & Khanna Advocates also represents West Kenya which was the highest bidder in the disputed leasing of Mumias to Sarrai Group which has its headquarters in neighbouring country Uganda. Notably, Jaswant is a shareholder in Victoria Commercial Bank, through a Mauritius company fronted by Anjarwalla & Khanna.

Vartox recently filed an application in court faulting Rao for ignoring the highest bidder, West Kenya Sugar, and instead awarding the deal to the third-lowest bidder.

The receiver-manager had earlier told the court he dropped off West Kenya Sugar Company from the bid race due to conflict of interest.

According to Rao, West Kenya has a factory that is 36 kilometres east of Mumias and was harvesting 50 per cent of the sugarcane within MSCL’s territory.

Amid the conspiracy, it has now emerged that West Kenya’s fight to take over Mumias is part of a plot to asset strip the miller.