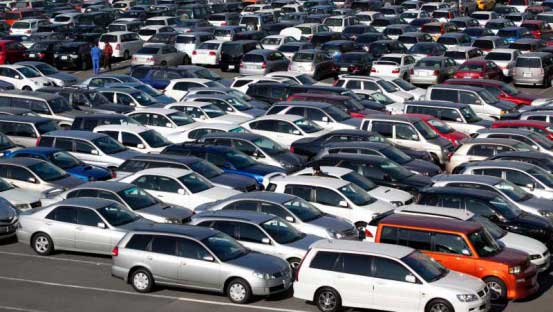 On Friday last week, President Uhuru Kenyatta announced that his administration is planning to do away with importation of used cars. A directive that has since attracted vast objection from Nairobi and Mombasa-bases used car importers.

President Kenyatta ascertained his commitment to safeguard local car assemblers against unfair competition and ensure a conducive environment for their businesses.

He instracted Trade and Cooperatives Cabinet Secretary Peter Munya to speed up the National Automotive Policy and submit it to the Cabinet for approval. The head os State added that a new policy to restrict vehicle imports will take effect early next month.

“Cars that are used and assembled in Kenya have grown by 36 per cent. We will see more growth as we go on to implement policies that support the car assembly industry.” CS Munya said.

The President has already directed all ministries, departments and other public entities to give preference to vehicles assembled locally.

“We want Kenyan taxes to be used to buy goods made in Kenya. Even if they want to go to court to oppose the government’s stand, we are clear on our agenda to ensure all those who invest in the country get value for their money.” President Uhuru said.

The Preaident was speaking this when he commissioned the Sh1 billion Toyota Hilux pickup truck assembly line at Associated Vehicle Assemblers (AVA) in Miritini, Mombasa.

Car Importers Association of Kenya (Ciak) has opposed the move, asserting that the car-importing business is an economic backbone for over 2.5 million people.

“As a country, we should not cheat ourselves when it comes to manufacturing and assembling. The person doing assembling of motor vehicles is not a manufacturer; this is just an assembler, meaning that the parts are made somewhere else and even the painting has been done.” said Ciak chairman Peter Otieno.

Peter Otieno accused assemblers of banking on tax-free incentives to make a profit.

“So they come in parts for fixing to become a vehicle, that is not manufacturing but mere assembling, which hires very few people. The government should instead bring it up clearly that this is competition. If they are going to assemble vehicles at better rates, then people will opt for them, we don’t feel any threat. Let us do our business and let assemblers do theirs, this is good competition and it should be left open. Let people not be coerced to buy locally assembled vehicles; let the willing buyer, willing seller rule take its course,” he said.

“Who are supplying them with nuts, brake pads, springs, locks, mats and such like things?Everything used in those motor vehicles must support local industries by using local content. Second-hand vehicles create jobs in local garages and incomes which are taxed by the government, we are not doing an illegal business, let us do healthy competition.” He stated

According CIAK Data, Kenya imports about 7,600 second-hand vehicles per month while locally assembled vehicles records 430. According to Otieno, Ciak imports 120,000 to 130,000 vehicles per year.

Dennis Awori, Toyota Kenya chairman said  that popularity of Hilux pickup led to the setting up of a local assembly line.

“The pickup is affordable, especially for start-ups, and can be used for both personal commuting and commercial purposes,” he said.

Kenya Insights allows guest blogging, if you want to be published on Kenya’s most authoritative and accurate blog, have an expose, news TIPS, story angles, human interest stories, drop us an email on [email protected] or via Telegram
Related Topics:AVACIAKKVMPresident UhuruToyota kenyaUsed cars
Up Next