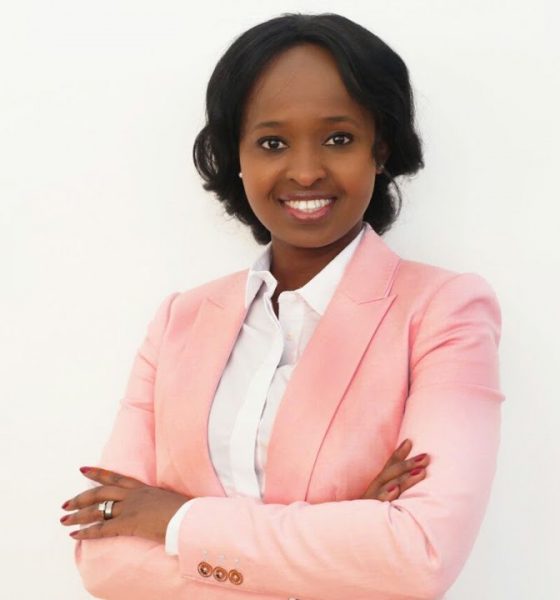 Embattled songstress and suspended Kenya Chamber of Commerce and Industry (KNCCI)  CEO Angela Ndambuki has sneaked back to her office.

According to KNCCI insiders and staff members, embattled Chief Executive Angela Ndambuki has not only been fraudulently sneaked back to work but also her old contract renewed despite previous indictments that led to her suspension.

In her twisted and old contract, Ms Ndambuki will be paid the bonuses forgone in the 14 months she was suspended from the helm of KNCCI.

Ms Angela was announced the CEO of KNCCI in September 2017. Her contract stated that she was to hold the position for three years.

However, her intolerable attitude towards her fellow board members, antagonism and cussing staff members saw her ejected from her CEO post barely eight months from the time of the appointment.

The KNCCI board had initially agreed not to entertain Ndambuki’s presence at the lobby after the probation. While confirming the new development, KNCCI Chairman Kiprono Kittony said the Board resolved not to confirm Ndambuki’s appointment after her eight-month probation.

George Kiondo was appointed by the KNCCI Board to replace in an acting capacity Ms Ndambuki who previously served as the CEO of Performers Rights Society of Kenya (PRISK) before joining the Chamber of Commerce.

Richard Ngatia, the president of the Kenya National Chamber of Commerce and Industry (KNCCI) confirmed on Friday that Ms Ndambuki resumed work in July is serving under her old contract.

“She had been suspended but we reviewed the case when I joined the chamber and we agreed that she should take up her job. It is not a new appointment; she is picking up the job she was given by the board of KNCCI in 2017,” Mr Ngatia said.

Kenya Insights allows guest blogging, if you want to be published on Kenya’s most authoritative and accurate blog, have an expose, news TIPS, story angles, human interest stories, drop us an email on [email protected] or via Telegram
Related Topics:Angela NdambukiGeorge Kiondokipronno KitonnyKNCCI
Up Next