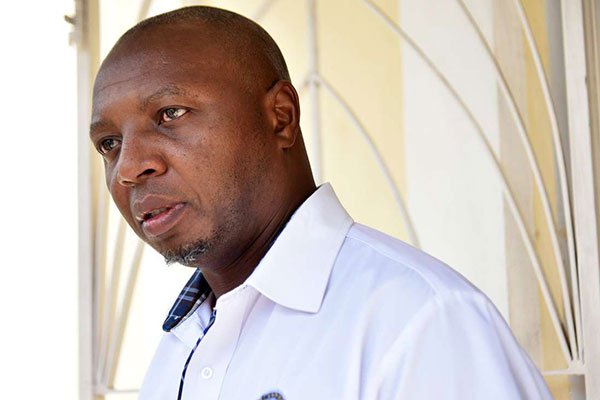 Kenya Ports Authority has lost over sh6 billion in the past one year and DCI sleuths are on their necks.

According to DCI, the rehabilitation of Kisumu Port has seen the coffer lose sh2.5 billion.

On August 22, Transport and Infrastructure Cabinet Secretary James Macharia wrote to Director of Criminal Investigations (DCI) George Kinoti asking him to commence investigations in to the allegations of fraud at the parastatal.

DCI director would later on August 29, write back to the CS complaining that his detectives are being frustrated by top Port officials.

DCI director through a letter, he recommended the CS to take administrative measures that will see top KPA officials removed from the office since they are suspected of hoarding documents and intimidating potential witnesses.

In the letter from DCI to the CS, Kinoti singled out KPA managing director Daniel Manduku, who was appointed to the position barely eight months ago, for interfering with exhibits and witnesses.

“The allegations disclose wide-ranging fraud and theft running into colossal amounts,” said Mr Kinoti in his letter to CS Macharia.

CS Macharia will, according to the letter from DCI, now be forced to instruct the board of KPA, whose chairman is the former Chief of Kenya Defence Forces Gen (Rtd) Joseph Kibwana, to make sure Dr Manduku and other top managers are off from their posts.

Dr Manduku is not the only one on the frying pot, investigators have also demanded that six other top managers at the institution be forced to step aside because other than being prime suspects, they occupy offices in which critical evidential material are domiciled.

Dr Manduku, an architect by profession was appointed head KPA in May in acting capacity after Ms Catherine Mturi-Wairi was sacked over inefficiencies at the port.

Before the appointment, Dr Manduku was the CEO of the National Construction Authority (NCA). He was confirmed to the post in November amidst protests by the local community that one of their own should have replaced Ms Mturi-Wairi.

“The Managing Director has scheduled a meeting with all Heads of Divisions and Heads of Department on Monday September 9, at 7:30 am at the New Conference room,” read the email from his PA Maureen Kimani.

According to media sources, the genesis of Dr Manduku’s trouble is the rehabilitation of the Kisumu Port which began in May at a projected cost of Sh3 billion.

According to Raila Odinga, the brains behind the rehabilitation of the port, the project is expected to increase maritime business and travels between the East African Community member countries as well as uplift the stature of Kisumu City.

So far, President Uhuru Kenyatta has toured the port 3times indicating that the project has high political pillars involved in and the impromptu tours could have been the eye opener to possible graft that could taking place in the project.

According to media sources who accompanied the President during his last impromptu visit to the project on July 6, while on his way back from a private visit to Tanzanian President John Magufuli, stated that President Kenyatta took issue with the slow pace and ordered the engineers on site to ensure the work is finished by August.

Journalists were locked out of the tour in which the President held a 30-minute closed-door meeting with engineers from Kenya Navy and officials from the KPA and Kenya Railways Corporation.

At some point, according to media sources, President cussed Dr Manduku for the slow pace of works and what he saw as needlessly high cost of some of the rehabilitation works being undertaken at the port facility.

“He was surprised when he heard that KPA had budgeted Sh2.5 billion for concrete works yet the contractors told him they were to be paid Sh600 million for the whole project,” a media source who was in the private meeting said.

The President then directed the NYS, Kenya Navy and the Kenya Prisons to take control of the project.

After which, The revised budget by NYS for the concrete works came to Sh120 million.

“I want to tell you that even those of you here at the port, we are monitoring and watching. We know the money you wanted to spend there and the amount we have spent, as well as the amount you intended to spend,” President said.

Inflation of bills of quantities for concrete and electrical works is one of the biggest corruption conduits at KPA. One of the KPA general managers has thrice brought up the issue in the executive committee meetings but has been dismissed offhand, according to media sources.

DCI is also investigating concrete works running into over Sh1 billion at a yard in Nairobi’s Makongeni area. KPA wanted to lease the yard from Kenya Railways for expansion but KPA proceeded to spend colossal money on it even before the lease could be agreed upon.

On Thursday, Kenya Railways acting Managing Director Philip Mainga, while recording statements with the investigators, denied ever leasing the yard to KPA.

“Kenya Railways has told us there was a discussion to lease the property to KPA but that process hasn’t taken place yet. So it would appear KPA managers were just looking for ways of spending money. It’s a scandal of monumental proportions,” a source in the investigations team told the media.

In his fiery speech in Mombasa last week, the President took a swipe at top port officials for frustrating his signature project, the Standard Gauge Railway, by starving it of cargo business.

According to the media, KPA officers were slowing down the clearance of cargo in order to create an artificial congestion so that containers being offloaded from ships can be diverted to Container Freight Stations in Mombasa, which are owned by a few wealthy cartels.

“We know what you are planning — slow down things so that the cargo goes elsewhere,” the President said.

KRA has been complaining of dipping revenues at the port in recent times and on Friday Acting Finance CS Ukur Yattani and KRA Commissioner General Githii Mburu addressed the KPA management over the issue.

Investigators from DCI will also be probing why KPA, which is one of the most profitable parastatals in the country, overran its budget by Sh2.3 billion in the 2018/2019 financial year, without the approval of the board.

DCI was tipped off by board members that so far KPA has overran its first-quarter budget by Sh800 million.

Dr Manduku’s tribulations were compounded by a whistleblower within KPA who wrote to investigative authorities about alleged plunder at the institution, ostensibly at the behest of the MD.

On July 16, Mr Joseph Patterson Okakho, who was the former acting head of ethics and integrity at KPA, wrote to DCI Director detailing his tribulations at the hands of Dr Manduku after he queried the integrity of a number of contracts awarded by the company.

“Briefly, problems started in May 2018 after Dr Manduku took over as acting Managing Director at the Kenya Ports Authority,” said Mr Okakho in his 18-page statement.

According to the whistleblower, as soon after the MD was appointed, former Transport Principal Secretary Prof Paul Maringa instructed him to quickly bring Dr Manduku up to speed on the importance of corruption prevention at KPA.

“My encounter with the acting CEO was very brief – less than two minutes. I had organised a briefing of 20 minutes, but he only gave me less than two and showed little interest in anti corruption,” Akakho said.

In the letter, Okhako said his open work led to his falling-out with Dr. Manduku who punished him for leaking company secrets by first demoting him and transferring him to the Kisumu Inland Container Depot as principal officer.

He said he detected a breach of policies and regulations as early as the July-to-November 2018 quoting one instance, that is, in October 2018 he declined a training programme on procurement suggested by private consultants and which the MD had approved.

“This would have cost between Sh12 million and Sh14 million in travel expenses, accommodation and tuition fees for over 64 members of staff, “said Mr Okako.

He added that the training had not been budgeted for by KPA and was not captured in the KRA training needs analysis.

Okako stated that he did not have peace as the head of ethics and integrity since then and was allegedly accused of sharing information with the DCI and the anti-corruption agency.

“These accusations…started immediately after I intervened and stopped that particular training expenditure. MD became very uncomfortable with me.” Okako said.

Okako said that he set meetings with board chairman Gen (Rtd) Kibwana to register his concerns over the CEO’s disinterest in corruption prevention.

“However, I did not get any help from the chairman of the Board despite many questions I raised with him,” he said.

Okako has raised queries on 12 projects that KPA was undertaking but which he thought had not followed the law. Mostly, he was not given answers and this set him on a collision course with Dr. Manduku.

The manufacturing of 10,000 block barriers at a cost of more than Sh650 million is one of the projects in question. The tender was awarded to seven companies, and each was supposed to supply 1,380 barriers each at a cost of Sh94 million.

“The question is why so many barriers? What are they for? Where are we going to use all these barriers? If we wanted all those barriers, why did we split the tender?” Mr Okakho posed in his statement to the police.

In a letter to DCI Kinoti dated August 19, Mr Okakho said the MD had personally threatened him with dismissal if he continued giving information to investigative agencies.

“On August 12, I got a WhatsApp call from the MD himself. The call was short and threatening

“…..what is this report I hear you filed with DCI and EACC? …..I don’t want to hear about reports being made outside KPA…, you stop what you are doing or I will have you sacked.” Okakho said

Two days later, Mr Okakho was called to appear before a disciplinary committee over his alleged misuse of social media platforms.

Mr Okakho declined to attend the disciplinary hearing and instead appealed to the DCI for protection, which prompted Mr Kinoti to write to CS Macharia to take administrative action against Dr Manduku and other senior officials.

Kenya Insights allows guest blogging, if you want to be published on Kenya’s most authoritative and accurate blog, have an expose, news TIPS, story angles, human interest stories, drop us an email on [email protected] or via Telegram
Related Topics:Dr MandukuKisumu PortKPAPresident Uhuru
Up Next

Sonko Worked With Ruto In The Sh20M Payout

‪Money Heist: G4S Has A Long History Of Getting Robbed‬