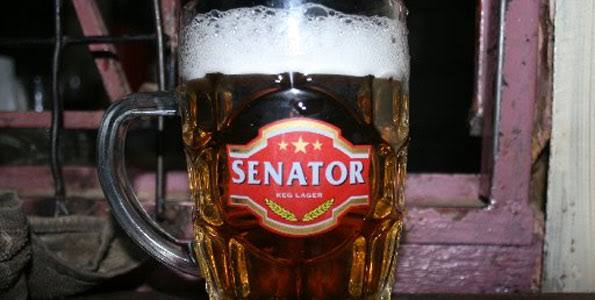 Kenya insights have on several occasions called out the perpetrators (Diageo, EABL, KBL) promoting ‘Shikisha form na Senator ushinde’ —who have continued to dup liquor enthusiasts from low-income settlement into their lottery scheme; Creating an illusionary shortcut to wealth to these group, Promoting excessive drinking as the promotion encourages participants to buy more mugs and drink more to increase their opportunity and increase their number of entries into the promotion as the more mugs you buy and drink, the more scratch cards you’re given. A game of Tyrany of numbers​. And every single message entry sent, the transaction cost is 10/- on each, unknown to the victims.

Having done the incisive blogs previously on the scheme and how billions of shillings these perpetrators are making and faking cash prizes for winners, you’ll agree with us on every angle.

In a video seen by Kenya insights from a keen customer who bought some mugs and on being given the scratch card —realised that the scratch card phase can easily peel off/ be peeled off before even a scratch is done on the phase and the lucky number can be read from the peel off posterior then sticked back on form without suspicion. ​Below is the evidence video.

From this trick, which seems to have been a top secret to the bar tenders or their agents on the ground – it turns out that you might all just been being given used scratch cards all along. This promotion might just turn out to be one of the most exploitative one in Kenya’s history. 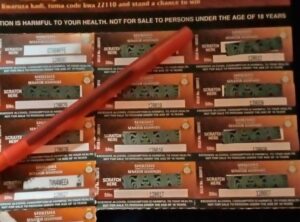 Check out the peeling off scratch phase without even a scratch 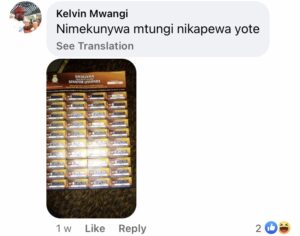 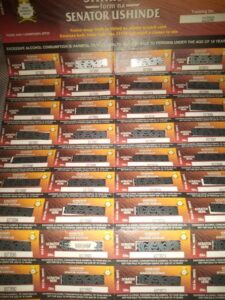 Kenya Insights allows guest blogging, if you want to be published on Kenya’s most authoritative and accurate blog, have an expose, news TIPS, story angles, human interest stories, drop us an email on tips.kenyainsights@gmail.com or via Telegram
Related Topics:DiageoEABLKBLShikisha form na senator ushinde
Up Next