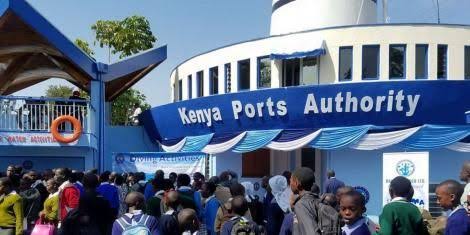 The Board of Kenya Ports Authority has been forced to make some changes in the senior position amidst claims that some of the departments heads are engaged in fraudulent activities.

Cosmas Makori, the acting head of procurement has been axed from the positions as he was found to have overstepped his mandates. According to reports, Makori is accused of irregularly awarding tenders outside the scope of full board and management.

Makori was replaced by Everline Shigoli.

The suspended official is said to have been notorious with interfering with procurement process and in some instances allegedly changed the specifications of tender details favorable to cronies.

Makori is said to be boastful and tells any one who cares to listen that he’s untouchable and enjoys protection of Matiang’i, and powerful Mombasa businessman Abu.

His exit from the office was a sigh of relief for many workers in the coastal port whom at most times he made sweat.

There have been complaints from disgruntled contractors who accuse him of awarding tenders to only those aligned to him and there are some times he subverts if he feels so. He’s been largely accused by those whom we talked to of running a powerful ring in the lucrative procurement department.

Concerned sources speaking to Kenya Insights are calling upon EACC to conduct a lifestyle audit as we’re told he has amassed wealth beyond his pay grade and could have a lot of questions to answer.

However, it was determined that this had formed part of ongoing invoices totaling Sh 812.2M. Since some of the projects were affecting deliverables in the dockyard, the payments were partly okayed but was to be done on priority basis.

In this respect, KPA engineers were to determine whether the prioritized projects had value for money before payments are made. Uncertified works amounted to Sh785M.

The board also realized an overpayment of Sh380.8M from identified contractors and approved recovery.

In a consultative meeting between the management including the GM infrastructure development, head of civil engineering and procurement, it was recommended that pending uncertified works amounting Sh785M was to be recertified and only those with value for money approved. Coincidentally, the same KPA engineers who had worked in certification for the same firms were also running the same exercise which left open many loopholes to manipulate them by similarly corrupt contractors.

It was agreed that overpayment recovery be prioritized and no new works should be paid for until Sh380M is recovered.

In an April 2021 internal memo signed by the Head of Civil Engineering, Eng. Samuel Mwaura, contract for mamufaction of concrete barriers and excavation and concreting of Makongeni goods yard was earmarked for recovery of the overpayment.

Despite the board’s and committee’s recommendations of withholding further payments until overpayments are recovered and stalled projects fully completed, it emerged that new works were getting approved throwing questions on what the management was up to,  Eng. Mwaura was criticized for using the same KPA engineers for the cosmetic reevaluations while things remain the same. How could the head of civil engineering , head of procurement and supplies Cosmas Makori go against the committee’s directive not to approve more projects while the company was suffering loses in overpayment and stalled projects generating loses.

Lobby groups in the dock wanted Makori investigated, he quickly went on a self imposed leave when rumors started to do around that EACC and DCI detectives would pounce on him.

Our writer is aware of internal fights in the management and more so has to do with the control of the port and the lucrative Shimoni Port that comes with a good ground for kickbacks, the project has since been stalled following a court’s order. Will give more details on this in next article.

Engineer Amadi’s transfer to Lamu we’re told didn’t go well with him as he deemed it as a demotion, the engineer is also married to Chief Registrar Atieno. Amadi’s stransfer was directed by Samatar.

With MD John Mwangemi’s tenure coming to an end, there have been intensified fights fueled by succession politics.

The endless suits, the publications on yellow magazines will give you more details on what’s really going on next.

Kenya Insights allows guest blogging, if you want to be published on Kenya’s most authoritative and accurate blog, have an expose, news TIPS, story angles, human interest stories, drop us an email on tips.kenyainsights@gmail.com or via Telegram
Related Topics:Amb. John MwangemiCosmas MakoriKPAKPA tenders
Up Next