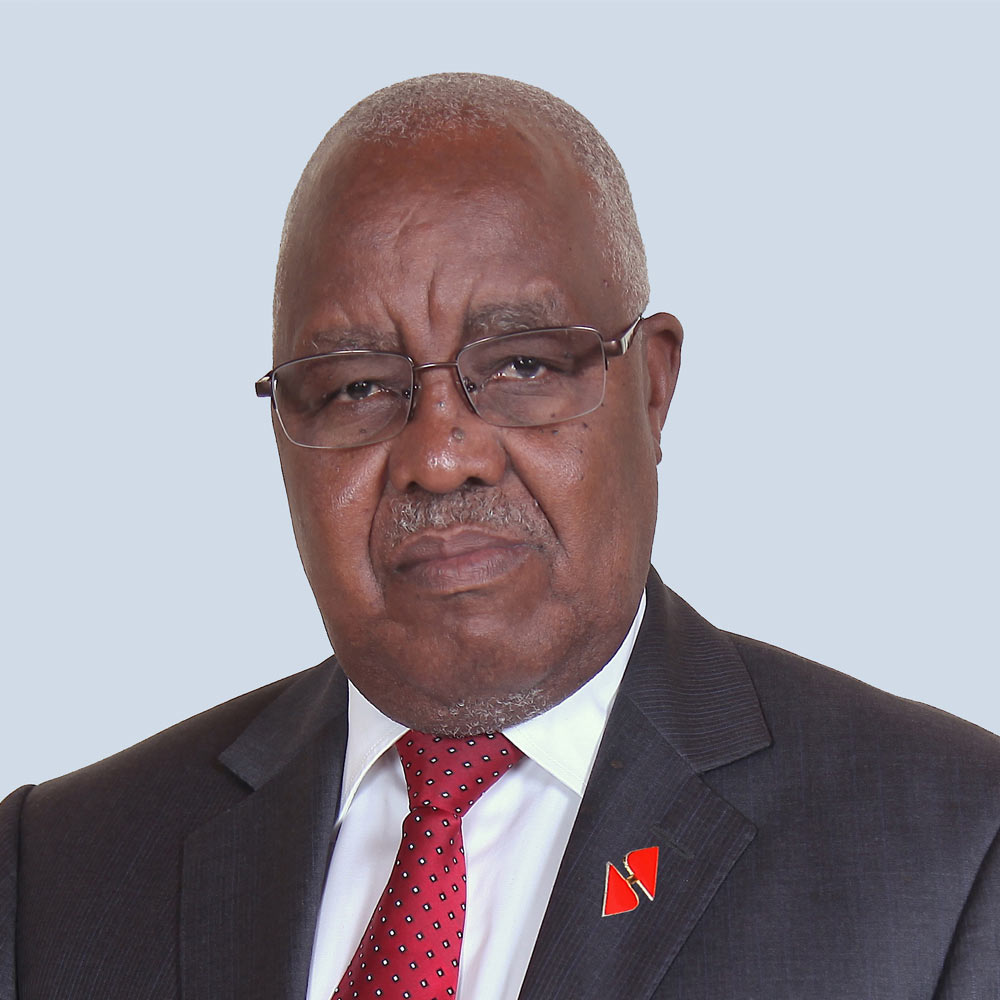 UBA and Equity Banks are currently embroiled in a legal tussle with Assets Recovery Agency (ARA) over Sh5.6B frozen in the two banks suspected to being proceeds of crime and a dark world money laundering scheme.

According to reports, the money is alleged to be linked to Deputy President William Ruto and in play are two Kenyans and two Nigerian nationals named in several money laundering schemes before.

The billions in the accounts in Equity Bank  and UBA Bank were frozen by the High Court after the Assets Recovery Agency (ARA) applied to block the transfer or withdrawal, pending the filing of a petition to have the money forfeited to the government.

The money was wired into the country from multiple countries, including Nigeria, to three companies identified as OIT Africa Ltd, Avalon Offshore Logistics Ltd and RemiX Capital Ltd.

The ARA says the four directors of the firms—the two Nigerians and two Kenyans—shrugged off repeated summons to explain the source of the billions.

The State agency believes the two Kenyans, including one who graduated from a local public university in 2018, are fronts of the Nigerians who are suspected to have the backing of Ruto.

Equity Bank and UBA Bank (account number 5501030010886) could also find themselves in trouble following revelations that the suspicious billions started flowing into the accounts in 2020.

A search at the registrar of companies revealed that Avalon Offshore is owned by Nigerians Jeffrey Nnaoma Michaels and Uduma Okoro Christopher Kalu. The company was registered in November 2020 and has its address in Westlands.

Both Kalu and Nnaoma are listed as directors of the company, with Kalu holding 1,600 ordinary shares while the rest are owned by his partner.

An online search reveals that Nnaoma is listed as a director of several companies registered in Nigeria, including a forex bureau.

The post office number of the two Nigerians was linked to several firms that operate from the 13th floor of the prestigious Delta Corner office block in Westlands.

OIT Africa is owned by Vionnah Akoth Odongo and Kenneth Odongo Raminya, with 500 shares each and the company was registered on July 14, 2017.

OIT Africa informed the registrar of companies that it operates from 680 Plaza, the building that hosts the 680 Hotel.

The mobile number is registered under the name of a different person, who denied knowledge of OIT Africa and Ms Odongo and Mr Raminya.

There is no record of any company by the name Remix Capital Limited in the Business Registration Service online portal, an indication that the firm could be non-existent.

Court documents state that transactions involving the Sh5.6 billion were conducted through suspicious transfers and withdrawals meant to hide the source.

The ARA says that it suspects that the money could be proceeds of crime because the transactions were conducted suspiciously through six bank accounts in Equity and UBA.

The agency says there is imminent danger that the funds might be transferred or withdrawn unless the court issues an order preserving the money.

Documents filed by the companies earlier seeking to stop the investigations state that they are an online remittance platform, which allows individuals from abroad to send money to their loved ones in Nigeria and Kenya.

The case was later withdrawn after they failed to block the probe.

The agency moved to court in March, seeking to investigate the three companies suspecting that they were involved in money laundering.

Justice Esther Maina barred the companies and their agents from withdrawing or transferring the money, pending the hearing of a petition by the ARA. 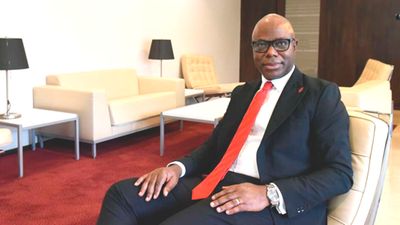 The investigations by chain implicates the entire management and detectives will comb through the files of many. The international money laundering syndicate, it has emerged that the bank deposits started in 2020.

In November 2020, Deputy President William Ruto met with a controversial man on the run alongside former Nigerian vice-president Atiku Abubakar during his highly guarded trip to the emirate of Dubai.

The DP met Abubakar alongside one Timi Frank.

Mr Frank, a high-flying but controversial political activist, is wanted in Nigeria on various accusations of character assassination.

Nigeria’s Federal Inland Revenue Service in 2019 announced that it was suing him over a series of fraud allegations he made against the agency, while the current Nigerian vice-president Yemi Osinbajo last year announced that he was suing Mr Frank for defaming him by making corruption allegations against him.

Before his travel to Dubai, Mr Frank had visited Nairobi where he met with DP Ruto and organized the meeting with Abubakar. It is this meeting that intelligence sources suspect a money laundering scheme was crafted.

Mr Frank is a close associate of Mr Atiku, a fabulously wealthy former Nigerian vice-president who has been described by his former boss, President Olusegun Obasanjo, as “not trustworthy” and other not very kind terms.

Mr Abubakar is a wealthy Nigerian with vast investments in oil, but President Obasanjo, in his 2014 biography My Watch, described him in unsavoury terms.

“What I did not know, which came out glaringly later, was his parental background, which was somewhat shadowy, his propensity to corruption, his tendency to disloyalty, his inability to say and stick to the truth all the time, a propensity for poor judgment, his belief and reliance on marabouts (religious teachers), his lack of transparency, his trust in money to buy his way out on all issues, and his readiness to sacrifice morality, integrity, propriety, truth and national interest for self and selfish interest.”

Mr Atiku publicly fell out with President Obasanjo and even decamped from then ruling People’s Democratic Party to the Action Congress of Nigeria, but lost the 2007 presidential election, which was won by the now-deceased Umaru Yar’Adua.

Abubakar had promised to fund the ‘Hustler Nation’ campaigns.

Both Dr Ruto and Mr Atiku have political aspirations. Dr Ruto will be taking a stab at the presidency in 2022, while Mr Abubakar is the candidate for the People’s Democratic Party (PDP) in the Nigerian presidential race a year later, in 2023.

In February, the High Court ordered the freezing of Sh227 million that was recovered from a man associated with Deputy President William Ruto’s United Democratic Alliance (UDA).

Monies in US dollars were intercepted from one Andrew Kipkemboi at the Jomo Kenyatta International Airport cargo shipping point as he arrived in the country from Bujumbura, Burundi, last Thursday.

The DP’s office distanced itself from the man who is said to be eyeing the Chesumei parliamentary seat in Nandi County on a UDA ticket. Sources however claim that the money was linked to the DP.

UDA party office also denied knowledge of the man, insisting the party is yet to go through the list of all individuals who have declared interest for parliamentary seats on its ticket.

Ms Viola Achola who’s in her 20s and the listed as the director of Oit Africa Limited, the firm under probe, she’s claimed to be close to the wife of mentioned CBK board member.

Kenya Insights reached out to the bank on the above mentioned claims but they didn’t comment citing court orders.

In August last year, Equity Bank found itself in similar circumstances that UBA is in today following claims that they were part of an alleged Sh15B money laundering scheme.

The state’s intelligence had intercepted and arrested a Turkish businessman Harun Aydin from flying out of the country to Uganda where he was to establish a vaccine making plant. According to intelligence at the time, Aydin was supposedly being used by the Deputy President William Ruto to cycle through a money laundering scheme.

The DP didn’t distance himself from his relationship with the flagged businessman. 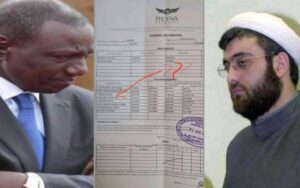 Many questioned as to how simple it is for Equity to dish out Sh15B as a loan merely from a phone call and to foreigners whose past are questionable.

Aydin was deported to Turkey following negotiations between the two states. The controversial businessman had been linked to terror activities before.

A Nigerian court in November last year, had charged regulatory bodies to withdraw the licences of the banks including UBA fir aiding aiding fraud which benefitted from the proceeds of illegal transactions.

Justice Okon Abang of the Federal High Court, Abuja berated The United Bank for Africa, UBA, and Fidelity Bank Plc for aiding fraud, while handing down judgement in a case of N2billion fraud involving a former chairperson of the defunct Pension Reform Task Team, PRTT, Abdulrasheed Maina noted that UBA and Fidelity Bank Plc which were used by Maina as “conduit” to defraud pensioners ought to have been charged alongside Maina. He stated that, “UBA and Fidelity Bank provided the channels with which the convict Mr Maina used in defrauding the federal government.”

The Judge said the banks abdicated their responsibilities by failing to carry out due diligence to establish the true identities of persons in whose names Mr Maina opened and operated the fictitious bank accounts.

In the instance UBA Kenya, did they conduct a due diligence on the flagged account/client? It must be noted that like an ocean, there’s always a ripple effect.

According to an American investigative body, The Sentry, weak financial institutions has made it possible for Kenya to become an epicenter of money laundering. Banks, real estate firms have been singled out. KCB has been on the receiving end for allegedly aiding the money laundering from the bloodshed South Sudan.

Locally, numerous banks have been found guilty of engaging in the illicit activity. However, the Vice has never stopped simply because the banks are treated to a slow motion slap on then wrist with paltry fines that can’t shake a leaf. If CBK grew bigger balls and slapped heavy fines, hold individual rogue managers responsible sending them to jail, and ultimately denying such fraud banks licenses, maybe they’d listen but until then, more money laundering headlines will keep hitting your headlines.

Banks and agencies tasked with fighting the flow of illicit cash must step up their efforts to protect the country from criminal elements.

Kenya Insights allows guest blogging, if you want to be published on Kenya’s most authoritative and accurate blog, have an expose, news TIPS, story angles, human interest stories, drop us an email on [email protected] or via Telegram
Related Topics:equity bankmoney launderingUBA Kenya
Up Next