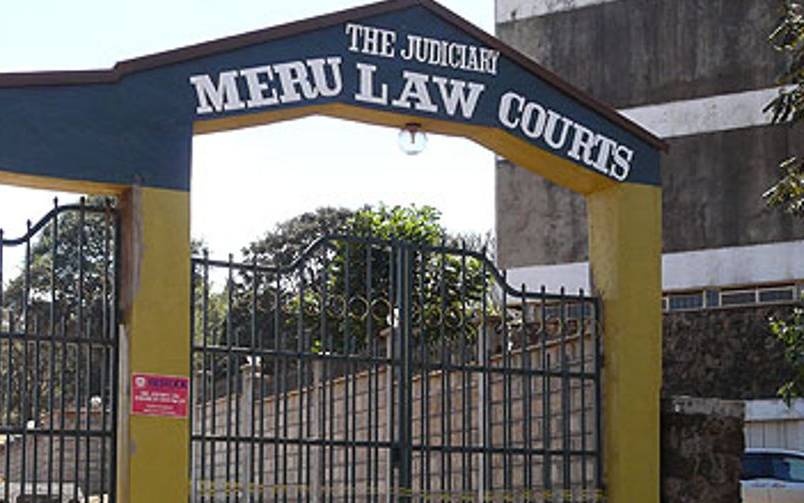 The decision to stop DCJ Philomena Mwilu from from undertaking her role as Acting CJ, DCJ, and member of JSC following a ruling by Meru High Court judge Patrick Otieno, pending the hearing, determination of a case filed by Isaiah Mwongela has drawn sharp criticism from legal practitioners who’ve termed the move as illegal.

The chase has since out Justice PJ in the center of critism with accusations that he made the ruling under duress of the executive. “A Judge cannot issue an injunction restraining another Judge from acting. Besides, Justice Mrima dismissed a similar case. Only two explanations for this: deep State has a lot of dirt on Justice P J Otieno and have banked a post-dated cheque given to it or the order is a fraud.” LSK President reacted to the ruling.

Senior Counsel Otiende Amollo also wrote, “While I Support Judicial Independence, To Make Ex Parte Orders That Results In Kenya Not Having An Ag CJ, DCJ, Supreme Ct Quorum, Chair of JSC, When Process Of Recruitment Of CJ Has Begun, & Such Issued In Far-Flung Meru, By Single Judge, Is Judicial Recklesness!”

Describing the ruling as judicial terror, lawyer Orengo said, “The rule of law is broken and judicial anarchy sets in when judicial processes are used and abused to achieve unlawful outcomes or brazen political objectives. The orders obtained ex parte against CJ Mwilu(Ag) is an egregious act of judicial terror and oppression.”

Not holding back his fire, SC Ahmednasir slammed at the ruling, “Judge Otieno’s RECKLESS order removing ag CJ from office is the hallmark of our judiciary. JUDICIAL IMPUNITY is the DNA of our judges. With a TOOTHLESS & TRIBAL JSC in office, our judges are back to pre-2003 era. Something more POISONOUS than the RADICAL SURGERY is needed, BADLY.” He tweeted.

But it won’t be the first time the judge has been criticized for alleged unethical actions.

One of the cases involved the estate of tycoon Tahir Sheikh Said Ahmed, popularly known as TSS, and which had been filed by Bank of Africa, while the other complaint was filed by Ganjoni Properties.

In the TSS matter, the bank through the firm of Wamae & Allen Advocates accused the judge of issuing temporary orders and refusing to vary them after being informed that the same matters had been dismissed by the Court of Appeal.

The bank said that Justice Otieno granted several injunctions, stopping the lender from selling properties charged to the bank as security for multi-million shillings loans.

The bank claimed the judge displayed open bias against financial institutions, causing immense loss as the debts continue to escalate beyond the value of the securities.

The second complaint was filed in January 2018 by Ganjoni, accusing the judge of giving contradictory orders in favour of a tenant.

“That the judge has made several disturbing orders in favour of the tenant against the landlord,” reads the complaint by Ganjoni Properties, who have been embroiled in a dispute with Al Riaz International over payment of rent.

Kenya Insights allows guest blogging, if you want to be published on Kenya’s most authoritative and accurate blog, have an expose, news TIPS, story angles, human interest stories, drop us an email on [email protected] or via Telegram
Related Content:  Fall of Imperial Bank and Involvement of CBK Boss Patrick Njoroge.
Related Topics:
Up Next