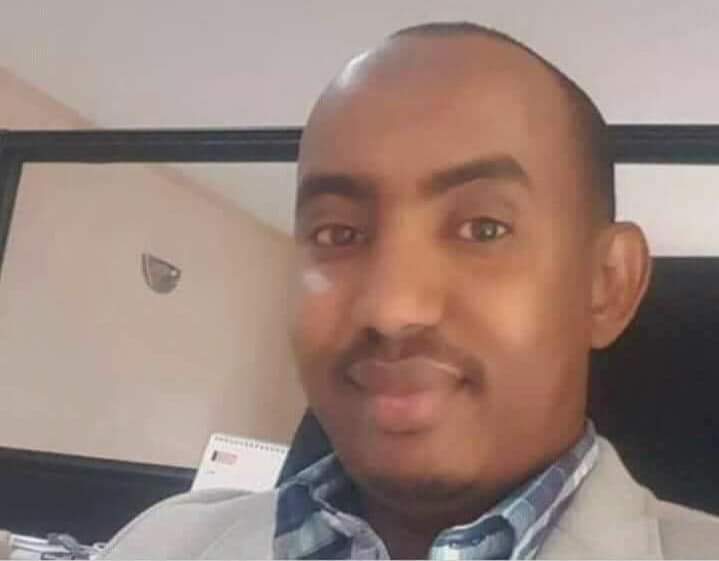 After we exposed the rot in Garissa county government and how the Governor Ali Bunow Korane awarded tenders to his family and close relatives, one of the key beneficiaries of the underhand deals has resigned from the company that was paid 49 million.

On Thursday, Mr Mohamed Bunow and Mr Elias inexplicably resigned as directors of Akad Construction, according to documents that were filed on Friday at the registrar of companies. This is after we have exposed the blatant abuse of office by the Governor and the conflict of interest occasioned by the awarding lucrative tenders to his brothers and relatives.

“I Mohamed Bunow Korane do hereby make Oath and State as follows: That I have transferred all my 250 shares as a director/shareholder to Ali Dubow Abdi,” he said in an affidavit he swore on Friday.TAX RETURNS“I Mohammed Elias do hereby tender my resignation as a director/shareholder of Akad Construction Limited (CPR/2013/102071),” said Mr Elias in his letter to the company’s board of directors on Thursday. 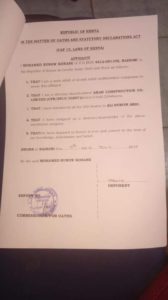 When asked on Saturday if awarding the contract to a company owned by his brother is not tantamount to conflict of interest on his part, Governor Korane replied in an SMS: “Why don’t you check with the registrar of companies.”And when this writer informed him that his brother and Mr Elias had resigned on Friday as one of the directors of the firm, he replied: “Yesterday? That sounds funny. Get your facts and do your job.” 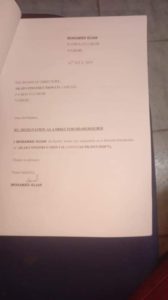 Curiously, the company filed nil tax returns for between January 1, 2018 to December 31, 2018, suggesting that it had not done any business in that period even though it had been paid more than Sh33 million by Garissa County in October alone.SH101 MILLION.

Akad Construction is among 14 firms that have done business with the Garissa County government over the years which the Kenya Revenue Authority (KRA) and the Ethics and Anti-Corruption Commission (EACC) are investigating for various tax offences.