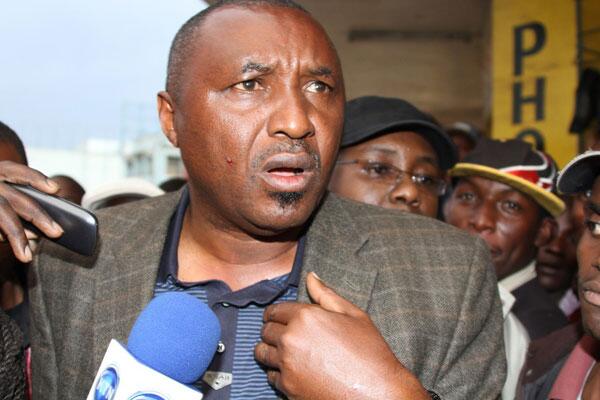 Controversial Bahati MP Kimani Ngunjiri is embroiled in a fresh land grabbing scandal after he evicted an elderly woman from her property of 45 years by fraudulently manipulating the paperwork to con the granny of the land.

Through her lawyer Eric Mutemi of Nzamba Kitonga Advocates, the 72 year old Pauline Mwangangi is accusing Ngunjiri of using his firm, Pale Kenya Ltd, to transfer the Sh15 million prime land to his name.

The Tangatanga allied politician has also been implicated in a series of other land grabbing cases after he was adversely mentioned in the grabbing of 14 acres from Langata Women’s Prison through dubious means and selling it to a private developer.

The elderly woman is now appealing for intervention to have the Ngunjiri arrested as her lawyer told the court that she has been barred from accessing  the plot despite a court ruling on October 30 which granted her access. 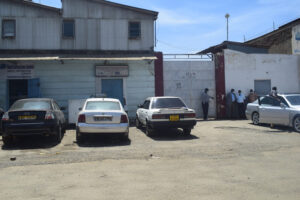 A section of the disputed land in Industrial Area [p/courtesy]

Ngunjiri challenged the ruling at the Milimani Environment and Land Court in a scheme to permanently kick out the elderly widow, her servants, employees and her agents from accessing the property which she has owned since 1975.

The plaintiff and her husband bought the disputed land from Peter Muigai at Sh79,000  in 1975 before developing it with offices and rental shops but Muigai died in 1980 before he fully transferred the plot to Mrs Mwangangi and her husband.

But troubles began when the administrator’s of Muigai’s estate refused to effect the transfer of the property to the granny who is now at risk of losing her property.

The plot to kick her out of the land began in December 2003 when goons were sent to attack the plaintiff’s husband who later succumbed to the injuries after which Muigai’s administrators embarked on a mission to evict her from the plot.

Kenya Insights allows guest blogging, if you want to be published on Kenya’s most authoritative and accurate blog, have an expose, news TIPS, story angles, human interest stories, drop us an email on [email protected] or via Telegram
Related Topics:Bahati MP Kimani NgunjiriLand grabbingPauline Mwangangi
Up Next