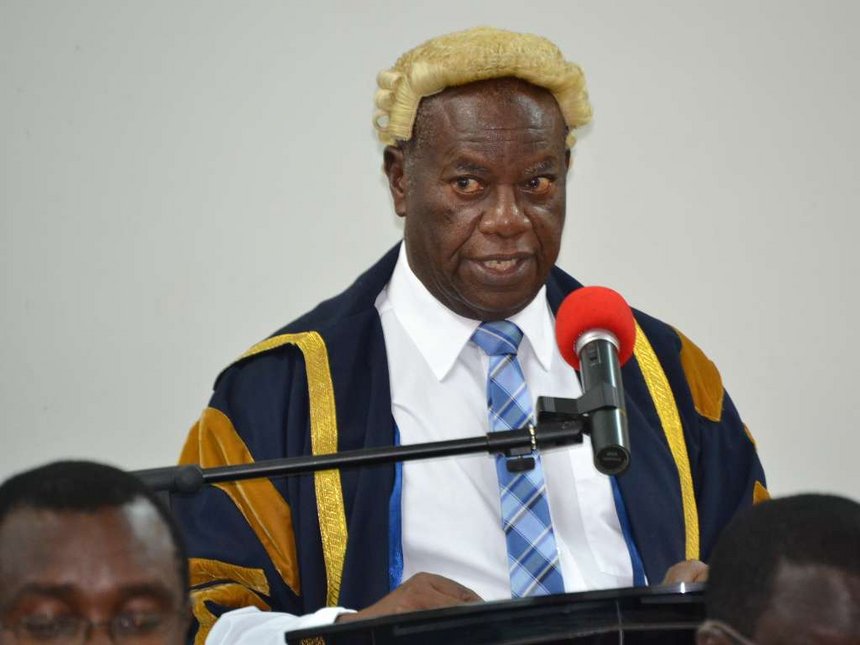 Kitui county assembly speaker George Ndotto is fighting to retain ownership of a prime piece of land in Kitui town the late former President Daniel Moi donated to him. Ndotto was allocated the land in 1989 when he served in Moi’s cabinet but has not obtained documents to back his ownership of the property that Isaac Kalua is now eyeing.
Ndotto slept on his closeness with Moi as he sat on the grabbed land and forgot to change its ownership. Crooks in the fraudulent land industry who were aware of the status of the land like  Kalua had schemed ahead and processed the necessary papers.

The new owner is already sending signals that Ndotto should forget about the prime plot and vacate.

That is after a perimeter wall on the disputed land was recently destroyed by hired goons who left the honorable speaker weeping in public. Detective from the Kitui Central Directorate of Criminal Investigation (DCI) are still probing the chaos with the battle over ownership now heading to the courts and Lands Ministry.
Ndotto was first challenged by a junior staffer at the Checker Oil Products who filed documents to prove the one-acre parcel of land situated along Kitui-Nairobi highway, opposite the Kitui GK Prison was illegally occupied by the county assembly speaker. 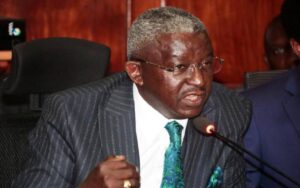 The former cabinet minister claims that he was gifted the land by the late Moi during one of his tours in Kitui. He claims that the plot was allocated to him on June 22 1989 but records at the land registrar show that the he neither accepted the offer nor paid stamp premium or requisite fees.
Related Content:  Bahati MP Ngunjiri embroiled in a fresh land grabbing saga

“The letter of offer was withdrawn by the Commissioner of Lands for lack of acceptance and failure to pay the requisite legal fees,” a report from the Lands Ministry reads.

The report further revealed that Checker Oil Products through a letter dated January 21 1998 applied for the plot which was lying idle and was issued an allotment letter on June 25 1998.

Checker got an allotment because the status report of the plot at the time showed that Ndotto’s allotment was cancelled on June 22 1998 after he failed to meet the conditions of allotment.

Kalua then used Checker Oil Products Ltd to pay all the prerequisite fees, survey, and a sealed registry index map was signed by the Director of Survey on June 30 2006 and he was issued a certificate of lease on May 23 2018.

Ndotto has been relying on the late  president’s verbal instruction that is not supported by records at the Lands Ministry. He lacks the certificate of lease for the land meaning he is not the legal owner of the land but only squatting under the mercies of Kalua.

Kenya Insights allows guest blogging, if you want to be published on Kenya’s most authoritative and accurate blog, have an expose, news TIPS, story angles, human interest stories, drop us an email on [email protected] or via Telegram
Related Topics:George NdottoIsaac KaluaLand grabbingLand grabbing in Kitui county
Up Next