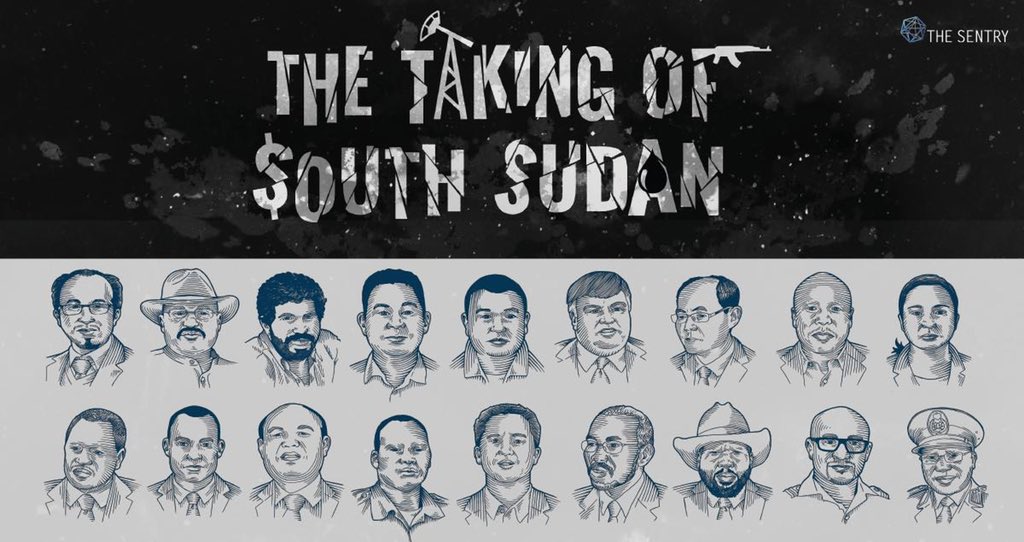 The Sentry’s investigation titled The Taking Of South Sudan

According to a new report released on Thursday by the watchdog group the Sentry, Gideon Moi has been named as part of foreign investors fueling violence in South Sudan in a complex and global web of corruption that includes would-be American arms dealers, British business tycoons, and Chinese oil giants that is “proactively participating in the destruction” of the country.

The Baringo senator is named as an international partner profiteering together with Chinese-Malaysian oil giants, British tycoons and networks of traders from Ethiopia, Eritrea, Kenya and Uganda. They have have accumulated billions of dollars while engaging in commercial dealings with top South Sudanese politicians and members of their families. Many of these companies operate in sectors subject to significant government discretion.

The report by The Sentry which was founded by actor George Clooney and John Prendergast, a rights activist accused the south Sudanese government of forming commercial alliances with investor companies many of which operate in sectors subject to significant government discretion or which have substantial links to violence. While listing examples of partnerships with members of President Kiir’s family, senior military officials, and a warlord accused of recruiting child soldiers and commanding troops who have committed widespread atrocities Gideon Moi’s name comes up.

Conex Energy Co., a company controlled by Kiir’s daughter Adut, his son-in-law Nardos Ghebeyehu and Akot Lual Arech (a close advisor to the president affiliated with the NSS) formed the joint venture Caltec Corporation with South Sudan-registered Lukiza Limited. Sen. Moi Gideon Kipsielei has a partial ownership stake in Lukiza. Caltec’s website describes the firm as a “Special Purpose Vehicle (SPV) to specifically engage in the provision of services in the oil sector.

Related Content:  Bob Collymore Left All His Kenyan Wealth Running Into Hundreds Of Millions To Wife Wambui In His Will 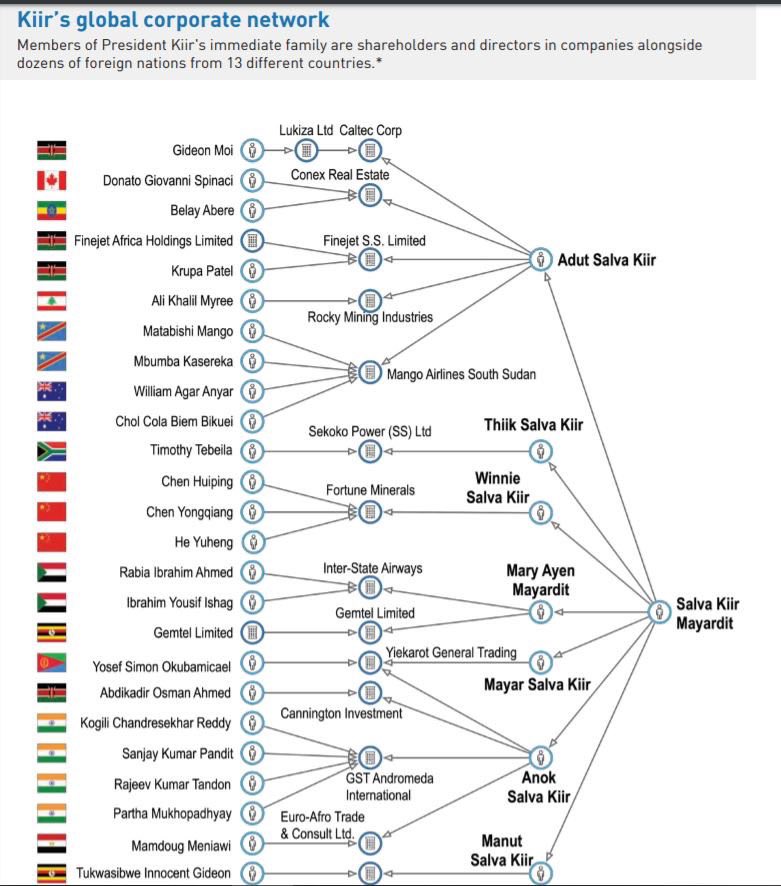 The companies are linked to fueling armed conflict, corruption and atrocities during the country’s five-year civil war that ended with a peace deal a year ago by providing direct support to deadly militias.

“Nearly every instance of confirmed or alleged corruption or financial crime in South Sudan examined by The Sentry has involved links to an international corporation, a multinational bank, a foreign government or high-end real estate abroad,” the report says.

The report also linked the consortium, Dar Petroleum Operating Company, in which Chinese- and Malaysian state-owned oil companies have large stakes, to episodes of violence, corruption and environmental degradation.

“It has paid for government officials to live lavishly while the rest of the population suffers the consequences of a brutal civil war that has cost hundreds of thousands of lives,” Clooney said.

It is such a sad sight to see a Kenyan top official involved in a front company fueling years of violence and instability that have plunged South Sudan into what is considered one of the worst humanitarian crises in the world for mere profit at the cost of thousands of innocents lives.