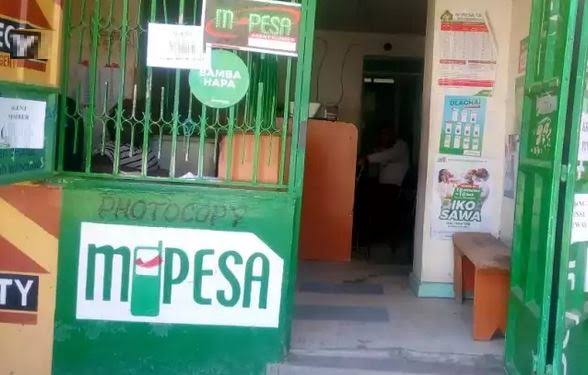 “Your honour I received the money and withdrew some of it. But i’m willing to pay the complainant her money.” A man charged with theft told Makadara senior principal magistrate Angelo Kithinji.

Withdrawing money sent to your phone number by mistake might land you in hot soup. Common courtesy would dictate you initiate a reversal but that is not what a man, Stanley Irungu decided to do after receiving money in his Mobile money account by mistake.

On June 22 at Umoja in Nairobi he received Sh60,000 in his mobile money account (M-Pesa), money that belonged to a business woman Milicent Atieno and instead of initiating a reversal he decided to withdraw and use the money.

Atieno, an Mpesa agent in Umoja during a customer deposit, made a wrong deposit to Stanley’s phone number. Stanley is then accused of withdrawing Sh39,000 from the Sh60,000 that was sent to him.

As soon as Atieno noticed the error, she called Safaricom to reverse the money, by then only Ksh21,000 was remaining in Stanley’s M-Pesa account. Trying to reach Stanley to refund her back the money went in vain prompting the next best action for the M-Pesa agent which was going to the police leading to his arrest.

The man admitted to having withdrawn the money and promised to pay the complainant the money back.

He was released on Ksh20,000 bail with the hearing of his case set to be October 1st.

Kenya Insights allows guest blogging, if you want to be published on Kenya’s most authoritative and accurate blog, have an expose, news, story angles, human interest stories, drop us an email on tips.kenyainsights@gmail.com or via Telegram
Related Content:  EACC After Anyang' Nyong'o Led Kisumu County Assembly
Related Topics:
Up Next