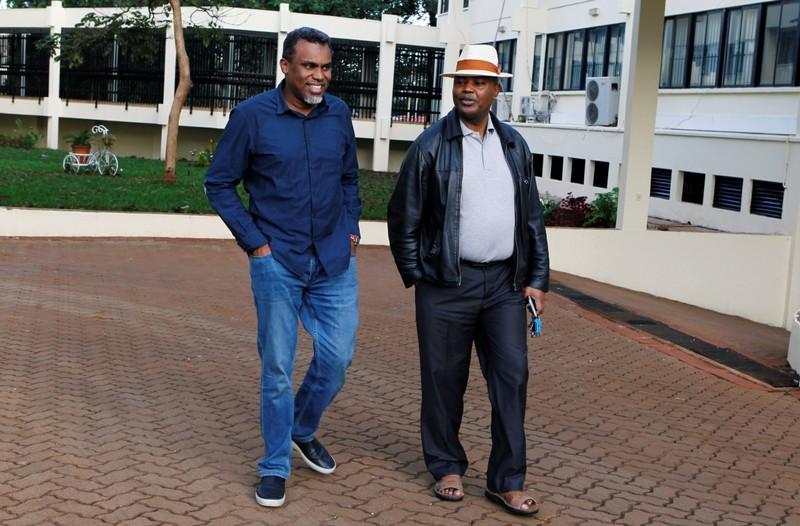 The Director of Public Prosecutions (DPP) Noordin Haji together with the Director of Criminal Investigations (DCI) George Kinoti, have in a joint statement released late Tuesday declared their full support for the six-month nationwide anti-corruption campaign launched at the Kenya Conference of Catholic Bishops (KCCB) on 5th October, 2019.

The new anti-graft campaign by the church was unveiled Saturday during a national prayer day at the Subukia Shrine in Nakuru County. Catholic Bishops have detailed practical steps they will put in place in the fight against corruption, starting with opening corruption desks in all Catholic churches in the country to keep a track of all cases reported by the public.

“We sincerely thank the Kenya Conference of Catholic Bishops for taking a resolute stand and offering much needed and spiritual and moral leadership in the country’s fight against corruption. This is a commitment worth emulating.” The statement by the DPP and DCI released on social media read.

Joint statement by DPP Noordin Haji and @DCI_Kenya George Kinoti in support of recent communique by the Catholic Church in the fight against corruption in the country.#AntiCorruption_ODPP #3Cs_ODPP pic.twitter.com/7LHGZnOneR

The KCCB had asserted it would not let politicians clean their dirty money through the church, further adding the church is not a political platform.

The Ethics and Anti-Corruption Commission (EACC) which claims individuals are increasingly channeling their illegally acquired wealth to religious organizations, mainly the churches have also welcomed the declaration by the KCCB in the fight against corruption. “The decision by the Catholic Church to rally its faithful to strongly support the fight against corruption and ban all donations without proper source is welcomed.” EACC Chief Executive Officer Twalib Mbarak stated.

Related Content:  Sophia Lepuchelit the EACC Commissioner Who Sent Lydiah Achieng To Jail Accused Her Of Sleeping With Her Husband And Vowed To Teach Her A Lesson

The Deputy President has however publicly opposed the bid to regulate church donations.