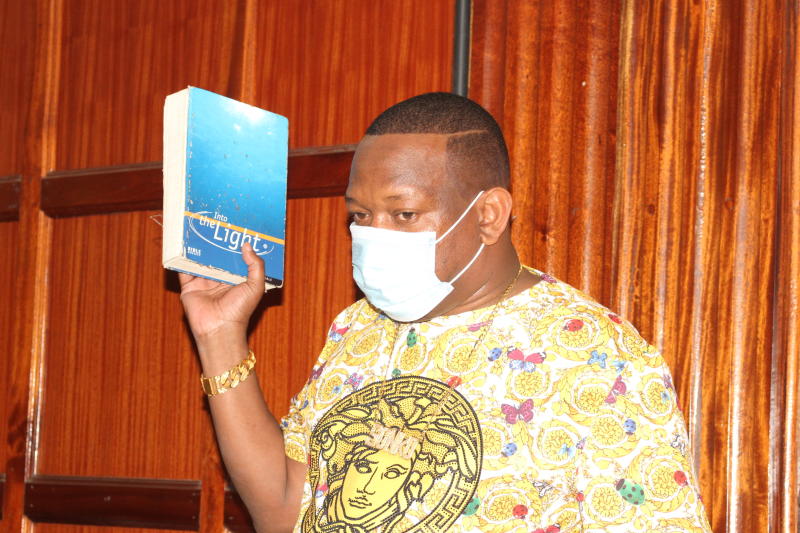 Former Nairobi Governor Mike Sonko has narrated to the court how he tried to recover Kamkunji Secondary school playground from a private developer.

Sonko told the court that he was approached by the school management when he was Senator of Nairobi County that the play ground had been grabbed by intercounties importers and exporters limited and children did not have space to play.

Sonko told the court that the school was established in 1989 as a community school and allocated two parcels of land, with one parcel set aside for classrooms and the other for playground.

And although the property belongs to the school, he said the defunct Nairobi city council failed to issue the school with an allotment letter, so as to facilitate issuance of a title deed.Documents tabled in court showed that the land was leased to the company in 1997, yet it belonged to the school.

The former city boss said the company started excavations on the land in 2012 and the school sought his assistance in 2014, seeking the revocation of the lease.

He added that a search with the lands offices revealed that the developer was illegally allocated the land to the detriment of the school.

He said he took action and wrote to the ministry of land, Ethics and Anti-Corruption commission and ministry of education which was under Prof Jacob Kaimenyi seeking revocation of the title held by the private company over the suit property.

“I wrote a letter to the then Nairobi Governor Evans Kidero on 18 July 2013, who promised to pursue the matter and revoke the lease,” he added.

The Governor consequently in 2014 filed a suit in the High Court together with city county seeking the revocation of the title issued to intercounties importers and exporters ltd so that the play ground could revert back to the school and declare the developer as trespasser.

He told the court that he didn’t intervene when he became Nairobi Governor since there was an active case going on in court.

Former Nairobi governor further told the Environment and land court that Nairobi County government promised severally to rectify the anomaly and illegality but to no success which provoked the case to be filed in court.

Sonko added that despite demand to cease the trespass of the suit property and notice of intention to sue in default having been issued to Inter-Countries Importers and exporters ltd, the company refused, neglected and failed to stop trespassing of the suit property.

Kenya Insights allows guest blogging, if you want to be published on Kenya’s most authoritative and accurate blog, have an expose, news TIPS, story angles, human interest stories, drop us an email on [email protected] or via Telegram
Related Topics:Land grabbingMike Sonko
Up Next