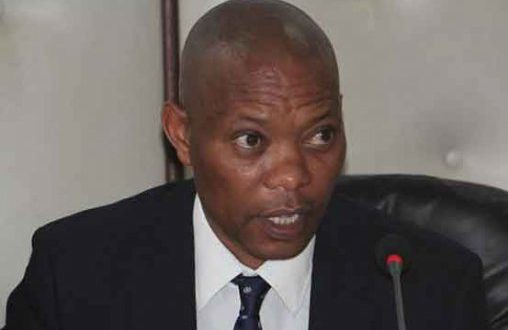 We recently exposed how Mike Njeru was involved in the NYS scam that has cost taxpayers up to 3B.

Transcend Media Group, for instance, received Sh49.6 million in May 2015 “in respect of event concept cost for hosting Kibera Youth Empowerment Programme” – a presidential function that lasted only a few hours. Mind you there is always a presidential budget for this.

The same company was paid Sh7.9 million for publicity and roll-out of NYS re-branding and Sh48.9 million for delivery of an interim report on consultancy on NYS rebrand contract.

In January 2015, Transcend Media Group was also paid Sh71.2 million for “publicity roll-out of National Youth Service Re-branding” and “implementation of NYS media flighting” and a further Sh32.6 million “for offering consultancy services for the rebranding of NYS.”

Documents indicate that Transcend Media Group, which is also offered many other services to the ministry of devolution, was paid Sh49.6 million for “event concept cost for hosting Kibera Youth Empowerment Programme”. This included organising the evening event to launch a street lighting project on December 11 last year that was attended by the President, Deputy President William Ruto and Devolution Cabinet Secretary Anne Waiguru.

It’s now emerging Transcend media which has been mentioned in dozens of scandals is also a beneficiary of the Afya House looting that is put at a 5B figure. It’s unclear as to what Mike Njeru was supplying to be awarded the Sh100M. MOH scandal will remain one of the biggest that ever hit the country despite serious sanitization by the state agencies.

Mike Njeru and Transcend fraud cases dates back to 2003 where he billed IEBC with 200M when Transcend maliciously obtained the IEBC tender through the back door.

We’ve  established that Transcend Media some of the work it does is charged at extortionist rates disproportionate to the work done, it has been paid millions of shillings for doing nothing beyond colluding with rogue State officials to dream up phantom jobs.

Getting Into The World Of The Rich Activists of Civil Society