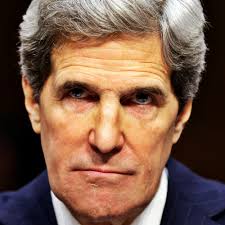 Between 21-22nd of Aug, the US Secretary of States John Kerry will lead a delegation for a diplomatic visit to Kenya. Amongst the topics lined up for the US Secretary of States John Kerry is to pile pressure on Kenyan authorities to undertake serious electoral reforms, which are key to future stability. Diplomatic sources said the move by Mr Kerry to visit Kenya is part of efforts to push for the major shift in the way things are done locally.

Whitehouse feels major agreements reached with Statehouse last July when President Barack Obama visited are yet to be implemented. The agreements were key in the war on drug trafficking and corruption. “There is concern that the agreements are yet to be executed by Kenyan authorities hence his coming. He will also raise other issues,” said an informed source.

According to Statehouse in Nairobi, Matters expected to be discussed include security, regional and international relations and especially, the recent upheaval in our northern neighbour South Sudan as well as Somalia.

However, impeccable sources privy to this visit tell Kenya Insights that Kerry’s visit has a lot more to do with the war on drugs, sources said the US government is concerned that there’s an increased cases of the drugs seized in America passing through Kenya.

Numerous reports, including the United Nations Office on Drugs and Crime report of 2011, have cited Mombasa as a region that is increasingly being used as a transit hub for narcotics on the global circuit. In September 2011, the International Peace Institute reported that profits from the illicit drug trade had infiltrated Kenyan politics, linking officials to international cocaine and heroin smuggling rings.

On August 28, 2014, Uhuru supervised the destruction of Iranian-flagged Mv Bushehr which was impounded with 377kg of heroin worth Sh1.3 billion. The suspects arrested on board, all foreigners, were denied bail and are still on trial in Mombasa. The vessel was impounded by Kenya’s naval forces with the assistance of foreign navies off the coast of Lamu and dragged to Mombasa mid-2013.

One year later, on August 14, 2015, the military also blew up a Singaporean-registered luxury yacht off the Mombasa coast, which police said was found stuffed with narcotics. Anti-narcotics detectives estimated the heroin seized on the yacht, Mv Baby Iris, to be worth Sh20 million. Initially, police in Mombasa claimed the vessel, whose Seychellois captain Clement Serge Bristol is among suspects on trial, ferried tourists between Mombasa, Dar es Salaam and Madagascar.

Police also named claimed the yacht’s British owner had been summoned from London, but it is not clear if he was ever interrogated. The largest drug haul to be made in Kenya’s history involved the capture in 2004 of cocaine worth Sh5.3 billion in Malindi. The seizure became a matter of legendary police missteps that led to the acquittal of most suspects, a murder of police officers involved in the case and the alleged disappearance of part of the haul during its “destruction”.

In October 2013, a Lithuanian national, Kudrika Gytis and a Kenyan national, Anna Muthoni, were arrested at Wananchi Hotel in Ganjoni area with heroin worth Sh49 million after their partner, Reikumas Ricards, their alleged accomplice, was found death in his hotel room, apparently from a drug overdose.

Tom Wolf, the British Aristocrat, is the latest suspect be swallowed in the growing syndicate. A ship carrying over an estimated Sh2B worth of Cocaine was impounded at the Mombasa Ports last month and was linked to Tom’s Company.

The Ship Mysteriously disappeared, and the whereabouts of the confiscated drugs are unknown. Tom together along other suspects were arrested and charged with drug trafficking. The suspects have been held behind bars.

In a sharp twist, Commercial Bank of Africa (CBA) a bank associated with Kenyatta’s family has given a surety of up Sh.140M as bond for the release of Tom Wolf. The move by CBA has attracted sharp criticism from Uhuru’s critics saying he’s protecting the drugs trafficking syndicate. This was evident in the Trending Topic #CocaineBankCBA on Twitter for a good part of Friday morning.

Kenya Insights allows guest blogging, if you want to be published on Kenya’s most authoritative and accurate blog, have an expose, news TIPS, story angles, human interest stories, drop us an email on tips.kenyainsights@gmail.com or via Telegram
Related Topics:DiplomacyInvestigationsSecurity
Up Next

Here’s The List Of Kenya’s MPs, Senators And Joyriders On Taxpayers Bill In Rio As Athletes Suffer In The Olympics

A Detailed Expose How TARDA MD Steven Githaiga Faked His Birth Dates To Gain 5 Years In Parliament, Looted And Continue To Loot The Parastatal