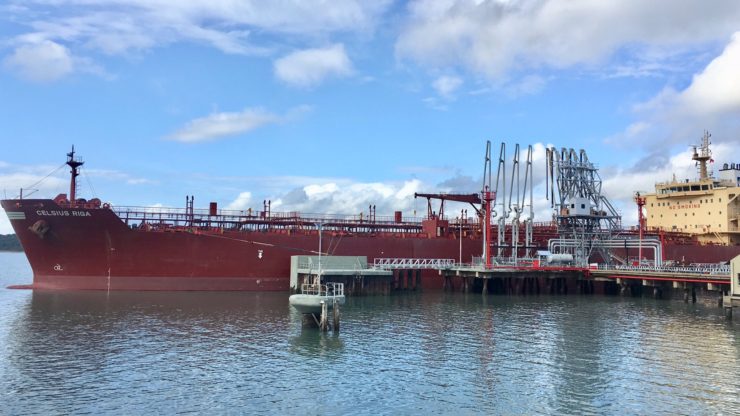 A month after the Celsius Riga left the mombasa port with barrels of oil worth Ksh1.2 billion ($12 million) and days after the tanker arrived in Malaysia for refining, details about Kenya’s first oil sale is shrouded with mystery. The government has chosen to withhold any important details about the crude oil sale.

Since the very beginning the government operated in a fishy manner, first  a day before Kenyans found out that the oil had been sold to a chinese multinational at $12 million, it had failed to name the buyer, citing ‘non-disclosure agreement.’

Tullow oil, the firm that discovered the commercial oil reserves in the Lokichar basin in the northern county of Turkana however insisted there had been a bidding process and seven bidders expressed interest. The firm has since declined to give any more details on the bidders or how much they bid.

Contradicting tullow, The ministry of Mining and Petroleum later put the number of bidders at eight. Petroleum Principal Secretary Andrew Kamau who had been promising to disclose the oil companies and even asking for time to ask the parties on whether they wished to be named, has since changed his mind, “There is no opaqueness. You know the winning bid and you know the volume. What else is important?” Mr Kamau dismissed the queries.

ChemChina UK Limited which won the crude oil bid, evacuated 240,000 barrels of crude oil from Kenya. This figure contradicted the 200,000 barrels that the government officials had initially indicated and announced during flagoff, raising more eyebrows. The fate of the 40,000 barrels worth Ksh.247 million is yet another mystery with no details confirming the amount was part of the Ksh1.2 billion.

A coalition of 16 civil society organisations under the Kenya Civil Society Platform on Oil and Gas (KCSPOG), which has been pushing for the disclosure of the Production Sharing Contracts, condemned the government for keeping citizens in the dark on the project. “Can you imagine if it was any other government asset that has been disposed without following that transparent procurement and disposal procedures? It would cause an uproar, but it remains unclear what exactly transpired before the crude oil was sold to ChemChin, unless full disclosure is made,” KCSPOG coordinator Charles Wanguhu had told Sunday Nation.

Tullow oil has been blaming the government for the failure to make its deals public.

Kenya Insights allows guest blogging, if you want to be published on Kenya’s most authoritative and accurate blog, have an expose, news TIPS, story angles, human interest stories, drop us an email on [email protected] or via Telegram
Related Topics:CorruptionInvestigations
Up Next

CBK: Sh7.3B Of 1000 Old Notes Were Not Returned Therefore Worthless, Sh209B To Be Shredded Into Briquettes