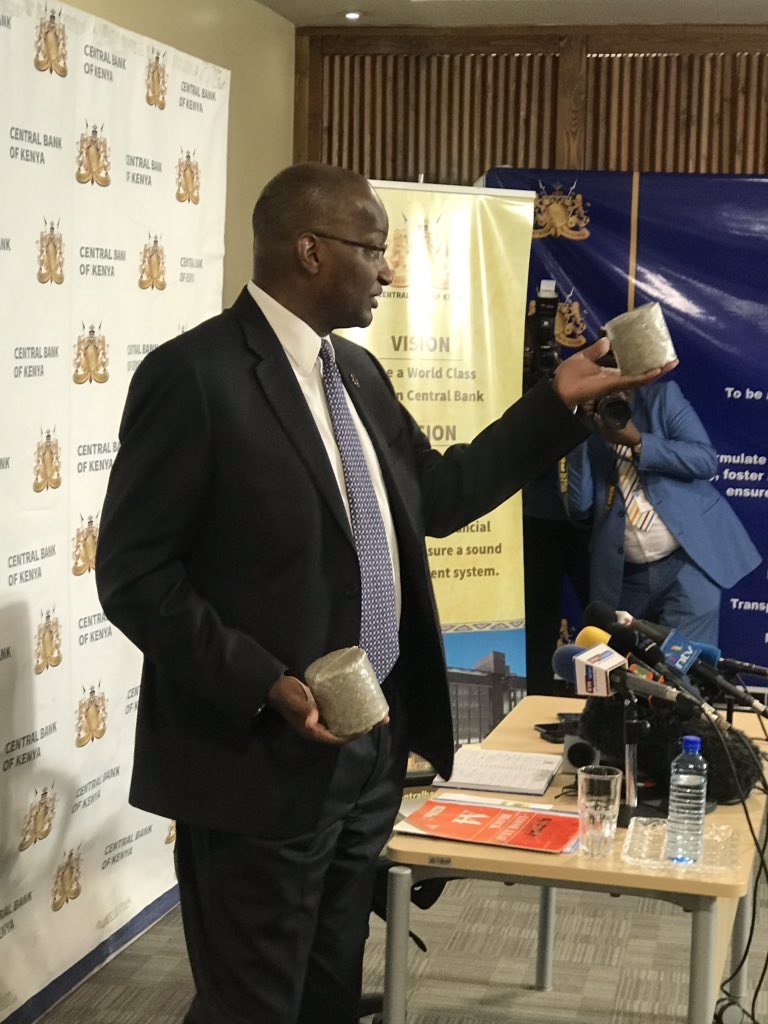 Each briquette the Governor is holding is equivalent to Ksh 1,000,000 in shredded banknotes.

The Governor also announced that 7,386,000 pieces of KSh 1,000 did not return. This means KSh 7,386,000,000 became worthless pieces of paper. “The value of money that did not come back is equivalent to the value lost during the Goldenberg case.” He said.

Njoroge however said, the demonetization has been successful because as CBK completed it smoothly, with AML/CFT filters firmly in place, and kept out money whose owners did not want to be subjected to the relevant checks in the system.

Governor maintained that the exercise opened a fresh phase for intelligence agencies to open investigations on suspicious activities which will continue in coming days to trail the roots and custodians of dirty money. “We cannot glorify criminals and ‘flamboyant businessmen’. We need to maintain a system that is devoid of this criminal activity.” Said the Governor.

According to CBK, the demonetisation process went well with value terms as follows:

In number of transactions:

Kenya Insights allows guest blogging, if you want to be published on Kenya’s most authoritative and accurate blog, have an expose, news TIPS, story angles, human interest stories, drop us an email on [email protected] or via Telegram
Related Content:  Kenyans Gang Up Against EPRA Over Crackdown Of Solar Operators
Related Topics:
Up Next

Bill Gates: I Have A Cemented Friendship With Aliko Dangote

DP Ruto Launched A Sh5.3B Irrigation Project That The Water Ministry Didn’t Have An Idea About