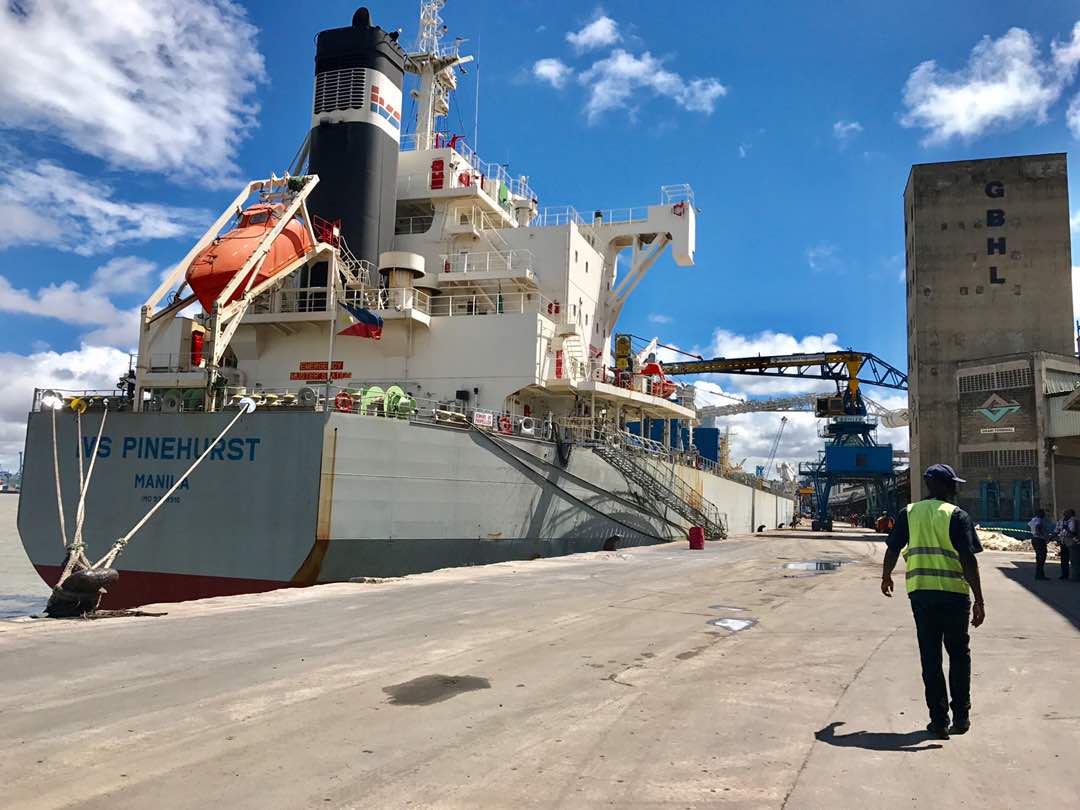 The media need to be honest with Kenyans and tell them why we are facing a food crisis. There is no greater tragedy than those entrusted with empowering the masses hoarding information that points to government incompetence and dereliction of duty in feeding its people.

For starters, Kenya has a government body called the National Cereals & Produce Board (NCPB). Anytime you hear there is a reshuffle in government parastatals, kindly go straight to the appointee of the NCPB docket, because this is, arguably, the greatest cash cow of all the government entities around.

And for obvious reasons.

According to FAO – the United Nations agency responsible for defeating hunger – the average person in Kenya consumes 2,155 kilocalories of food per day. Of this, 1183 kilocalories (55%) are in the form of the main staples of maize, wheat, beans, potatoes, and rice. Of those 5 main sources of energy, maize is the main staple food in Kenya, accounting for 65% of total staple food caloric intake. Simply put, 7 in 10 Kenyans survive on maize meal as their main source of energy. The average Kenyan consumes 88 kgs of maize products per year; approximately one full sack.

And this is where the NCPB comes in.

Nairobi commuters navigating the Jogoo Road-Embakasi route will never fail to spot those giant cemented drums sitting between Outering Road and Likoni Road. Those drums, right there in Doonholm, are the The Nairobi Grain Silos, and the headquarters of the NCPB Nairobi/Eastern Region. The intimidating structure, which can bee seen by a sitting toddler from as far as Baba Dogo in Ruaraka, is designed to store 880,000 90kg bags of grain. It will take 1 million Kenyans, feeding on the maize inside that depot daily, one year to empty the contents in there.

And they are not alone.

Other than the Doonholm silo, there are ninety six (96) other NCPB depots spread all over the country. From Turbo to Kibwezi, Voi to Sagana, the NCPB silo network is so elaborate you could argue it is the only evenly distributed national resource in this country. There is no way Kenya can be facing hunger with all the NCPB silos in this country operating optimally.

But we are, and here is the reason why.

If you listened to the Finance Minister Budget Speech last month, you must have heard of a term he called ‘The Strategic Grain Reserves’, or SGR. Paragraph 89, of the 2017 Budget Speech, reads, and I quote;

The SGR, commonly referred to as as emergency food reserves or food security reserves, is a government measure to cushion Kenyans from the adverse effects of hunger. What this means is that to ensure Kenyans do not starve to death, every year, the government allocates money to NCPB to buy cereals that they will store, on the government’s behalf, and which can only be used in times of a food crisis.

The NCPB, therefore, procures, stores and maintains an SGR stockpile of up to four million bags (to be upgraded to 8 million bags) on behalf of the government to be used for food security. Upon instructions from the government, the NCPB is required to turn over the SGR stock through releases to commercial outlets and/or to social functions.

It’s all good on paper.

With that level of preparedness, anyone landing from the moon would choose Kenya, all day long, as the most food secure nation to live in under the sun. But we aren’t. Where is the SGR stock that the NCPB should be releasing to commercial millers at this time of a food crisis, you ask?

Your answer, which the media would rather gloss over, lies with Newton Keter – the NCPB Managing Director.

In June 2016, Parliament’s Public Investment Committee summoned the National Cereals and Produce Board Managing Director, Newton Keter, to explain to Kenyans why the price of maize flour was threatening to blow the roof off. He came at the speed of light, with evidence the size of my grandmother’s granary. And if the committee expected him to run around the bush with his response, then they were in for a rude shock.

The NCPB Managing Dorector told them, in no uncertain terms, that the SGR Trustees, among them principal secretaries in the ministries of Agriculture, Treasury, Interior and Special Programmes, had delayed to order sales of the SGR maize from their silos, and that some of the maize had stayed there for over eight (8) years, leading to contamination.

It is the shortest ever submission, and by far the clearest, by a government official since 2013. The message was clear; that the artificial shortage of quality maize for millers, which had led to a spike in the cost of maize flour, was occasioned by government policy makers sitting in air-conditioned offices rubbing their convex bellies without a care in the world. The SGR trustees, mandated to sign off the dispatch of maize to millers to cushion us from starvation, were busy swiveling in their chairs watching the clock tick away while the dispatch letters were lying in-front of them waiting for just a sign.

And for obvious reasons.

The maximum recommended period for NCPB to store maize, without compromising on quality, is two (2) years. Beyond that, the quality of the grain begins to deteriorate, leading to contamination which renders the maize unfit for human consumption. At the time of that grilling by the PIC, Mr. Keter revealed to the country that they had 400,000 bags of maize in their stores which had already been discoloured, with another ‘substantial amount’ already infested by weevils and other vermin. In short, the Strategic Grain Reserves in this country, at this time last year, needed a complete overhaul. No one would buy the low quality grain even if it were to be traded in the black market, for a penny.

That, up there, is what is wrong with this country.

Nothing happens by chance in this country. Everything happening in this country is meticulously planned to the last full-stop There is a reason someone high up the government food chain wanted Kenya to experience maize shortage.

And here is why.

Maize grain prices in Kenya, according to a 2009 study, are among the highest in the Eastern and Southern Africa region. Comparing price levels in the major urban markets of Kenya, Zambia, Tanzania, Uganda, Malawi, Mozambique and South Africa, only Malawi has mean maize prices exceeded those in Kenya. What that means is that one can comfortably sanction government policy to import cheap maize in the country, sell it to millers for a tidy sum, and pocket the remainder without breaking a sweat in the farms like those in the Rift Valley do. It is not surprising, given that Kenyans long abandoned the virtue of hard work and adapted their noses to sniff at opportunities that guarantee quick money.

And it came to pass.

“Mr. Speaker, considering the hardship and the suffering associated with the recently declared national disaster as a result of the widespread drought in the country, white maize will be imported on a tax free basis for a period of four months. In addition, in order to support our Muslim brothers, the importation of dates during the period of Ramadhan will be done free of taxes.”

That statement can be found on paragraph 165 of the Budget Speech read in parliament last month. You may interpret that statement the way it pleases you but at the time that speech was being read, it was reported that a duty free maize consignment from COMESA was already in the high seas waiting to dock at the Port of Mombasa immediately the Finance Cabinet Secretary was done with his pitch..

It is not the first time government had deliberately strangled a public service outfit to give room for private entities to reap from the suffering of Kenyans.

It the reason farmers in the Rift Valley protested at that move, because it meant that zero-rated imported maize was going to lower the prices of their main source of livelihood making them incur loses from the production of their grain. Private brokers with links high up the government food chain were handsomely rewarded while hardworking farmers down there breaking their backs to earn a living off commercial maize were told to accept and move on.

As Winston Churchill famously remarked; “An appeaser is the one who feeds the crocodile hoping it will eat him last.”

The original version of this story first appeared on writer’s Facebook page.

Kenya Insights allows guest blogging, if you want to be published on Kenya’s most authoritative and accurate blog, have an expose, news TIPS, story angles, human interest stories, drop us an email on [email protected] or via Telegram
Related Topics:CorruptionFoodInvestigationsOpinionPoliticsUnga
Up Next