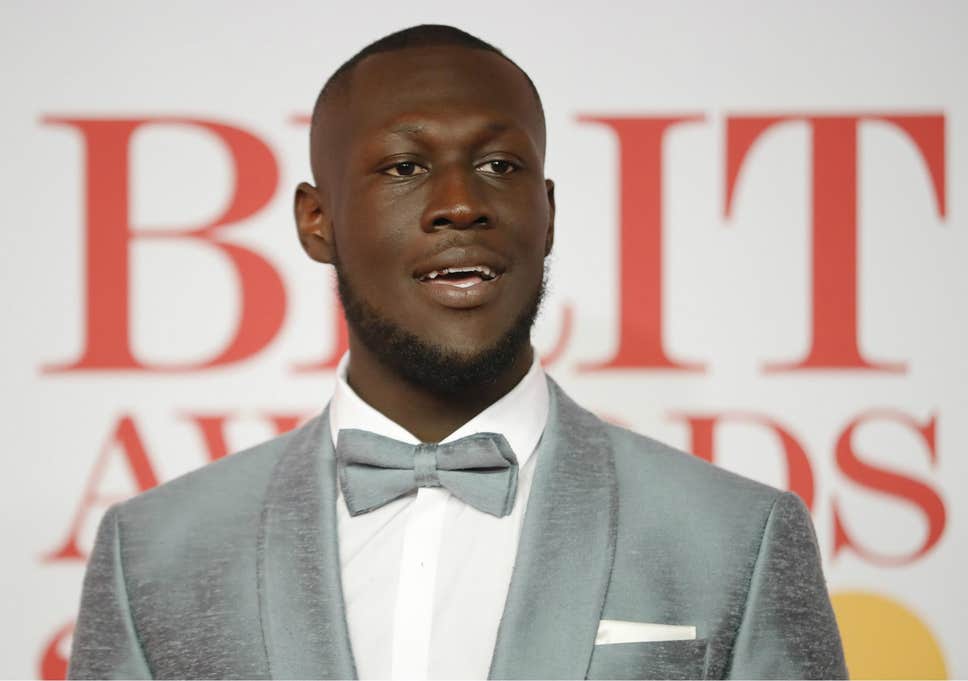 For those of you who might not know who Stormzy musically is, he’s originally a Ghanian hit maker and a rapper based in Britain with hit records such as “Vossi Bop” and “Shut Up“.

Stormzy has a scholarship programme that is currently helping Black students get into one of the most prestigious universities in the world, that has over. Currently the rapper is fully sponsiring 10 black needy scholars and he’s directly involve an other hundreds of successful admissions.

Stormzy made history in June for by being the first ever black male solo artist to headline the Pyramid Stage at Glastonbury Festival. The 2019 Glastonbury Festival of Contemporary Performing Arts took place between 26 and 30 June. The three headlining acts were Stormzy, The Killers and The Cure with Kylie Minogue performing in the iconic Legend’s Slot.

“I was stood arm in arm with so many people up there, I’ve always had a sense of duty in my career. As much as I might be the artist up there, I’ve risen from a community. I’ve been championed by the public and by my people. Every time I’m on stage like that it’s because of so many different people.” Stormzy said about his performance.

“Often in British culture, there has only been one of two or three black people in the spotlight at one time. But nah, that’s over now. There are so many of us that the world should hear. So when I did that, I was just thinking that I need to let people know that it’s not just myself. It’s not just Stormzy.” The rapper added.

According to AllHipHop, the rapper has been credited with a 50 percent increase in the admissions of Black students at the top-tier university. The phenomenon has now been dubbed the “Stormzy effect”.

Last year, statistics showed that Cambridge  University had failed to admit a single Black Brit student at more than one in four of its colleges during 2015 and 2017. The institution has been on the frying pan for that.

I will not compare what Stormzy is doing to what is really needed in Kenya because it is definitely not the same issue nor a problem at hand. What is really killing Kenyans is the fact that the Country has thousands if not millions of graduate yet unemployed youths.

Come to think of it, tribalism is like the racism of Kenya which, in the current state, is flavoured with the enormous institiutionalised corruption.

Dr. Burudi, a Private Military Contractor (PMC) with the KDF told me;

“This country will always produce millions of educated yet unproductive graduates. Because thats what they learned yet didn’t visualize more than realize it. Kenya has an Education system of generating fools. A system that is teaching employment in a political  environment that is cutting jobs more than it’s, not even creating but, thinking of, more like promising. A ‘you are on your own’ system that uses ‘you will get’ jobs to keep the ‘education system ‘afloat.”

In school, college or university, everyone has the ability and was/is almost destined to go places or fulfil their goals. Unfortunately suprising for many, in real life, the society if filled with hopeless yet educated generation! Is this indeed a hopeless system we are piping hopeful Kenyans through?

Kenya Insights allows guest blogging, if you want to be published on Kenya’s most authoritative and accurate blog, have an expose, news TIPS, story angles, human interest stories, drop us an email on [email protected] or via Telegram
Related Content:  Arsenal Beat Man United, Break 14 Years Winless Streak At Old Trafford
Related Topics:BlackBritainCambridge UniversityCorruptionKenyanepotismStormzy
Up Next