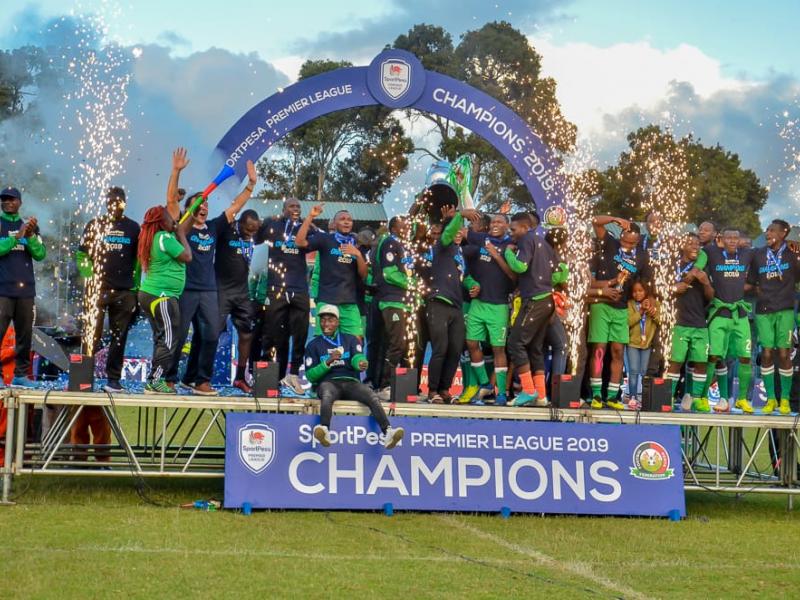 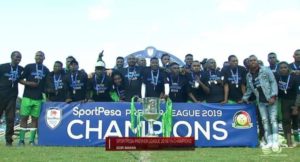 Kenya’s biggest betting firm Sportpesa that has since closed their operations in Kenya have left a mixture of scars and one of them is pulling out their official partnership with now bankrupt KPL.

In a move to cover their shame, Kogalo are now demanding sh4.5million prize money after they won last seasons 2018/19, Kenyan Premier League title.

Sally Bolo, Gor’s treasurer said that KPL’s management is yet to channel the money to Gor’s account five months after they clinched the trophy.

“The club is going through hard times and it is only good for KPL to pay us our money after winning the league for the third time in a row last season. We won the league when KPL had a sponsor and the current situation of lack of funds should not be used as an excuse to deny us money. Why didn’t they pay us when the funds were available?” posed Bolo.

On 25th May this year, Gor culminated KPL with superb wins earning them a prize cheque of Sh4.5Million from then sponsors Sportpesa, and a KPL title.

“In the past they have paid us in reasonable bits and timelines. But it is now five months since last season ended and we have not received even a single cent from them. They should pay us,” asserted Bolo.

Debt ridden Kenyan soccer Championship demands are coming at a time KPL is crippling and the hopes to manage the league dangling on already broke league clubs.

KPL are also broke and the management is cooking yet another storm as the mandate of paying KPL, FIFA approved referees has been assigned to participating clubs. According to KPL clubs managers, the football body has ‘promised’ to refund the clubs as soon as the league gets a new Sponsor.

Gor Mahia is in a thick financial crisis as The market ejected Sportpesa was also the official Jersey sponsor of the reigning champions.

This comes at a time when KPL fixture have been forced to be rescheduled after cash crunch has forced KPL clubs fail to honor their fixtures.

KPL’s Chief Executive Jack Oguda has not responded to the looming crisis that is threating the fall of Kenya’s top soccer league.

Kenya Insights allows guest blogging, if you want to be published on Kenya’s most authoritative and accurate blog, have an expose, news TIPS, story angles, human interest stories, drop us an email on [email protected] or via Telegram
Related Topics:Gor MahiaKPLSportpesa
Up Next