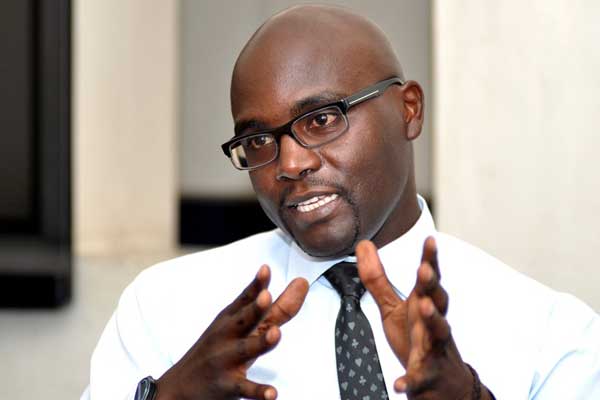 The president of Kenyan non-believers in God, atheist Harrison Mumia, has written to his chilhood church, Friends Quackers, to invalidate his baptism and membership.

In a letter dated 17 October 2019,  Mumia who denounced Christianity in mid 2000s, states that has cut ties with Friends Quakers Church in Kakamega.

“I would like to formally renounce my baptism and membership in the Quakers Church, Kenya,” Mr Mumia’s says in his letter dated October 17.

The Atheist leader stated in the letter that the Church baptised him when he was young and without consent. He also demanded for a confirmation letter for his dismissal from Quackers Church.

“I was baptised at the Quakers Church at Makhokho Secondary School, Kakamega County during my pre-teen years without my consent,” he complains.

“I want any and all records associated with me at the Quakers Church destroyed. As an atheist, I no longer accept the implications of the rite of baptism.” Mumia added.

Earlier this Month, Mumia’s father succummed to cancer and on 5th of October, the day his father was being laid to rest in Ikolomani, Kakamega County he said wrote this on his FB page.

“In an hour, my late dad will be rested! People here think he will go to heaven!”

The leader of AIK, who had also written to DP Ruto asking for gift bag from what he gives out to Churches. The atheist society is also pushing for the annulment of religious studies in schools.

“Parents need to stop introducing religion to their children. Allow them to grow up to the age of 18 and let them decide whether they want to be religious or not,” Mr Mumia said in a past media interview.

Kenya Insights allows guest blogging, if you want to be published on Kenya’s most authoritative and accurate blog, have an expose, news, story angles, human interest stories, drop us an email on tips.kenyainsights@gmail.com or via Telegram
Related Content:  CS Matiangi: Diwali Is Not A Kenyan Public Holiday
Related Topics:AIKAtheistsHarrison MumiaQuackers church
Up Next