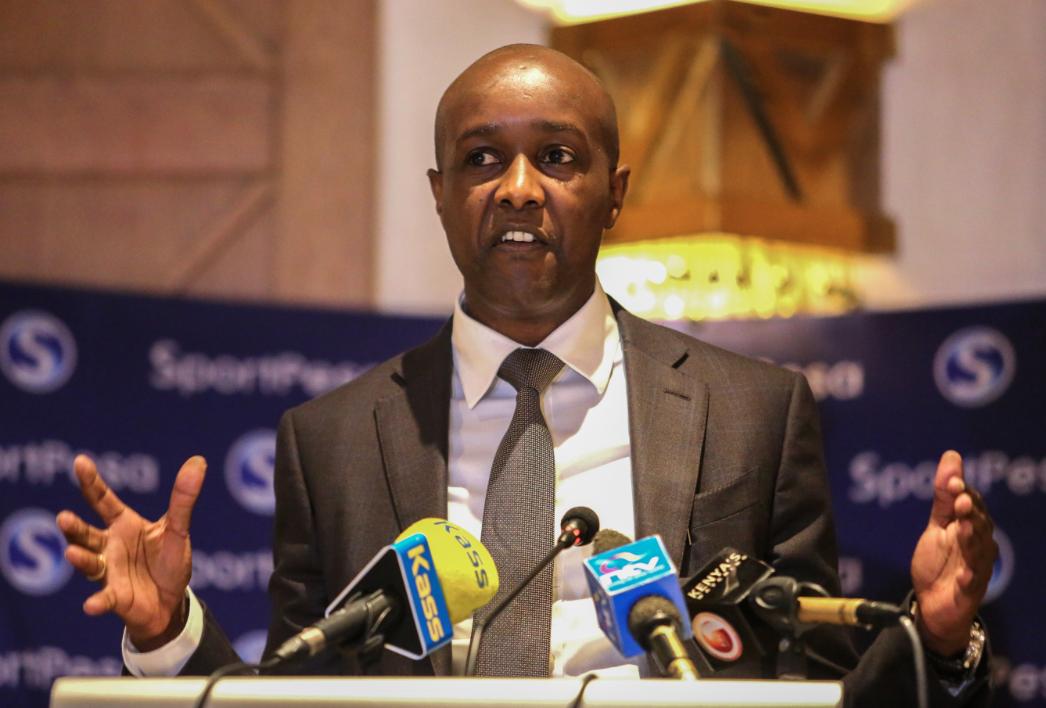 By Lionel Faull and Ted Jeory

The figure, reported by the Daily Nation newspaper in January, is thought to be one of the biggest amounts ever claimed from a company by the Kenyan tax collector.

The Daily Nation article was based on a leaked letter from the KRA to SportPesa’s main entity in Kenya, Pevans East Africa, in which it detailed its findings from a preliminary audit of the company’s tax affairs from 2015 to 2019.

SportPesa – through London law firm Schillings – told Finance Uncovered this month the headline Sh95 billion figure was “not a formal finding by KRA or even a formal assessment”.

It added that the KRA had “simply [undertaken] an information-gathering exercise” that is still “in its preliminary stages”.

Schillings said its client “disputed” the figure and because the letter was not a formal assessment there was “no question” of it taking it yet to a Tax Appeals Tribunal. Schillings declined to answer detailed questions about the matter, insisting the letter was confidential.

Has the KRA made a huge error?

However, an analysis of the KRA’s reported findings by Finance Uncovered suggests the tax authority may have made a massive error in its calculations, overestimating its total by at least Sh69 billion (£460 million).

Stripping this error out would leave a preliminary assessment of Sh26 billion (£169 million).

The Finance Uncovered analysis of the KRA’s calculation is based on two main sets of documents.

The first is the original articlepublished by the Daily Nation in January which provided many details of the KRA’s private letter to Pevans.

This letter reportedly contained breakdowns of how the KRA arrived at the Sh95 billion figure, for example, by examining various company accounts and other documents it had obtained during its audit.

The second set of documents was a series of annual company accounts for Pevans between 2014 and 2019. Unlike in the UK, these corporate documents are not usually available for public viewing in Kenya.

By comparing the numbers reportedly used by the KRA in its audit to the actual figures in Pevans’s books – and by examining other important information in the publicly available accounts for SportPesa’s UK operations – it was possible to see a fundamental flaw in the KRA’s assumptions.

This related to the “revenue share” arrangement that SportPesa had set up between its UK and Kenyan businesses. This arrangement had allowed the UK company to bill Pevans for a percentage share of its revenue from Kenyan gamblers.

It was a legal method of sending money from Kenya to the UK.

This had two major consequences for the KRA’s tax calculations because they then not only overestimated the amount of corporation tax that the company owed, but also the total of allegedly unpaid betting tax, a separate levy applied on turnover.

The mistake could be hugely embarrassing for the KRA. It is not known whether it has accepted the error as part of the ensuing private correspondence with Pevans.

Boom and burst: the SportPesa dividends

Meanwhile, a separate examination of the accounts for Pevans East Africa has also revealed the enormous sums the company was able to pay out in dividends and move offshore as it cashed in on Kenya’s betting boom.

They show how the company’s Bulgarian and Kenyan owners bolstered their wealth during a period when many of those using gambling sites became gambling addicts and lost their livelihoods.

Between 2014 and 2019, Pevans paid out Sh7.8 billion (£60 million) in dividends to its select group of 10 shareholders, according to the company’s cash flow statements.

In addition, Pevans paid its seven directors – of whom five were non-executives earning much lower fees – a total of Sh558 million (£4.3 million) in salaries and perks between them in that time.

The accounts also reveal that as SportPesa flourished, it created a network of related overseas companies which received money from Pevans for “revenue share” arrangements, “legal and professional fees” and other services.

These monies were used to facilitate the company’s international expansion that saw it land high profile sponsorship deals with the likes of English Premier League club Everton FC.

The overseas companies which received the money from Kenya included firms based in the UK, the Isle of Man tax haven and the Canary Islands.

These offshore structures and payments are not illegal and there is no suggestion of wrongdoing by SportPesa.

The KRA was reportedly examining many of these payments as part of the wide-ranging audit it had conducted on Pevans’s books.

The tax row is the latest low point for SportPesa’s owners after their bubble burst spectacularly in 2019 when the company fell out of favour with the government.

Until then the company had been a darling of the Kenyan corporate world. The accounts seen by Finance Uncovered help paint a fuller picture of its rise and fall.

SportPesa was founded in 2014 by a consortium of Bulgarian and Kenyan investors.

The three biggest shareholders, with a 21% stake each, were Guerassim Nikolov, a former croupier from Sofia who had made Kenya his home in the early 2000s; Gene Grand, a Bulgarian-born, naturalised American citizen; and Dick Wathika, a Kenyan politician who had been an MP and former mayor of Nairobi.

Wathika died in 2015, and his shares passed to his widow, Asenath Wacera, a private figure who keeps a low profile.

Other significant shareholders include one-time chairman Paul Wanderi Ndung’u, a well-connected businessman with links to the ruling party’s fundraising machine, holding a 17% stake; and its chief executive Ronald Karauri, the son of a former MP who began his career as a pilot for the national carrier Kenya Airways, with 6% initially, rising to 7% in 2018.

Sports betting was a relatively new idea in Kenya at the time, but the Pevans accounts for 2014 showed early promise for the sector: the company received bets totalling Sh1.27 billion (£9 million) that year.

What happened over the next four years was simply extraordinary.

Punters flocked to SportPesa, whose slick product meshed seamlessly with a nationwide mobile phone-based banking system, dominated by a service called M-Pesa, which had become an essential part of everyday life in the East African country.

By 2019, SportPesa controlled two-thirds of the Kenyan betting market, according to betting declarations obtained separately by Finance Uncovered.

As a gambling craze swept the nation, a wave of social problems rose steadily in its wake. The government tried introducing new taxes to put the brakes on betting.

But eventually it could no longer ignore reports of gambling-related suicides, data showing hundreds of thousands of young Kenyans had been blacklisted for bad debts, and public pleas by influential sections of civil society, such as churches, to bring betting under control.

In July 2019, the government intervened, withdrawing betting licences of 27 companies, including SportPesa. It also ordered telecom companies to stop processing bets on their behalf.

Out of Kenya, into Europe…

But by this time billions of shillings bet by ordinary Kenyans in net stakes had been transferred by SportPesa to its companies overseas as it embarked on a major international expansion.

The accounts for Pevans show the scale of this offshoring: more than one-fifth of its turnover earned in Kenya was transferred out of the country directly.

To help fund sponsorship deals with the likes of Everton and smaller deals with Arsenal, Southampton and Hull City, the company’s bosses established a new corporate structure.

In particular, they established related companies in the Isle of Man and the UK.

And these companies were funded almost entirely by two newly devised revenue streams: a “revenue share” agreement with Pevans, based on a small percentage of the gross bets staked in Kenya; and by billing Pevans for “legal and professional fees”, or shared services.

These were recorded by Pevans in its accounts as costs, which in turn reduced its profits and its liability for Kenyan corporation tax.

These offshore structures and related party payments are not illegal and there is no suggestion of wrongdoing by SportPesa.

Based on the accounts it has seen, Finance Uncovered has calculated that in 2017 and 2018, the total of these costs paid to the overseas companies was Shs10.7 billion (£82.4 million).

As a result of this arrangement, the UK company recorded huge profits, but SportPesa’s bosses were able to reduce their tax bills there, too.

As Finance Uncovered reported in 2020, the UK company was able to exploit a 1976 Double Taxation Treaty between Britain and Kenya. This allowed it to offset the Withholding Tax it paid in Kenya on the international payments against the UK corporation tax liability.

This meant it recorded huge post-tax profits in Britain. These were then paid out as dividends to a UK holding company called SportPesa Global Holdings Limited – owned by the same shareholders and in the same proportions as Pevans.

As of the 2018 year-end, the holding company itself was still sitting on £21.8 million of accumulated profit reserves.

A £14 million impairment charge on its investment in SportPesa Italy reduced this reserve to £7 million at the end of 2019, according to the holding company’s latest accounts, released earlier this month.

The Isle of Man company’s profits are unknown, because company accounts are not publicly available in the offshore jurisdiction. However, it would have paid 0% corporation tax on its profits.

Whatever expansion plans SportPesa had in 2019, they hit the buffers as soon as the Kenyan government brought operations at its cash cow, Pevans, to a halt.

In January, the Daily Nation reported many details of the KRA’s preliminary findings of its tax audit of Pevans.

This revealed that the KRA had questioned the huge legal and professional fees incurred by Pevans in its dealings with its overseas companies.

The KRA reportedly also said that certain sports sponsorship costs were not allowed under Kenyan law and it reportedly added these back into Pevans’ taxable profits.

The future for SportPesa is now unclear and there have even been major battles between its original shareholders.

The public fall-out was triggered in October last year after SportPesa transferred its branding rights from Pevans to a company with a newly acquired Kenyan betting licence, called Milestone Games.

Finance Uncovered posed a series of questions to SportPesa back in January about the KRA audit as well as about its 2014-2019 financials. SportPesa responded by instructing London law firm Schillings. Schillings said it acted for both Pevans and Milestone.

In letters exchanged with Schillings over the ensuing months, the law firm said the matter with the KRA was strictly confidential and not subject to public scrutiny. It said its client would not be commenting on any issues relating to the KRA.

It said Pevans was cooperating “fully” with the KRA.

Schillings also said the value of dividends and salaries received by individual shareholders and directors was also “private and confidential”. The lawyers said our calculations on dividends – taken from Pevans’ own cash flow statements – were “incorrect” but declined to expand.

SportPesa has strongly denied any wrongdoing.

This Article Was First Published On Financial Uncovered.

Kenya Insights allows guest blogging, if you want to be published on Kenya’s most authoritative and accurate blog, have an expose, news TIPS, story angles, human interest stories, drop us an email on [email protected] or via Telegram
Related Topics:evertonGene Grandgross gaming revenueGuerassim Nikolovkenya revenue authorityKRASportpesatax appeal tribunal
Up Next