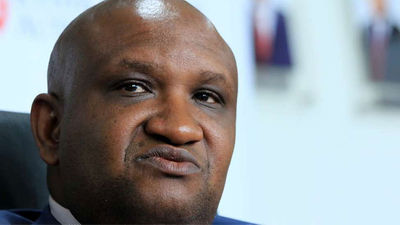 The Kenya Revenue Authority (KRA) has flagged the operations of 20 clearing and forwarding agents based at the Port of Mombasa, setting them up for tighter scrutiny as it moves in to net tax cheats.

KRA deputy commissioner for Revenue J Kaguru says in a letter dated November 11 that the firms were found to have ‘non-compliance issues’ after several risk analyses.

“The attached list of 20 clearing agents have been found to have compliance issues, after several risk analysis. All consignments declared by the clearing agents in the list to be considered as high risk,” said Mr Kaguru in the letter. KRA red lists entities that it finds to have higher tax risks.

The taxman further stated that going forward, and from the date of the issuance of the memo all kitenge and textile materials must be verified 100 percent, all photos taken and attached in the system.

The taxman, currently racing to bring more people into the tax bracket and curb tax cheating in the quest to meet targets, says that to enhance compliance, long room pass will be issued upon review by HDO officers on duty.

All cargo release at station level must also be approved online by the station managers.

Station managers must also be enjoined and given online approval before release of the consignments.

Related Content:  Don’t Buy A House Off A Brochure, Look At What Primo Park Advertised And What’s On The Ground

“The purpose of this communication therefore, is to request Document Process Centers, National Targeting Centers and the release stations to make appropriate arrangements to comply,” he says.

According to the KRA’s communication, the black listed firms have been engaged in the importation of counterfeit, poor quality goods prompting the crackdown.

African wax print fabric commonly known as ‘Kitenge’ will now undergo 100 percent verification in stringent measures by the taxman aimed at subjecting importers to tighter checks in a race to seal tax leakages.

The Kenya Revenue Authority (KRA) says in a memo dated November 11 that the checks would ascertain the description, quality and quantity of the fabric to allow for proper valuation.

“Going forward, from the date of this memo, it is now expected that clearance of Kitenge and textile materials to be verified 100 percent and photos to be taken and attached in the system,” says the KRA in the memo.

The development is set to delay the clearance of the fabric, which is gaining traction in the region. Importers have been using arbitrary values when declaring Kitenge at the port of entry, which appears to disregard the quality of the fabric.

Some importers have also been using generic description — “textile materials” — or falsely declaring their goods as mixed fabrics to avoid paying the requisite duty for full container loads of Kitenge.

But to seal the loopholes, KRA says all imported consignments described as “textile materials” should also be subjected to physical verification before releasing at the places of discharge.

Related Content:  Elon Musk Offers To Buy Twitter For $41B, Says Deal Is Final Or He Withdraws His Shares

Such consignments, the taxman says, should be excluded from the “Port Clearance Model”, which allows release without physical verification.

“To avert the release of the many pending consignments of Kitenge or textile materials, without proper verification, about 60 containerised cargo will now be subjected to close monitoring before entry,” says the KRA.

The taxman is subjecting Kitenge and other textile materials to tighter checks barely a day after it flagged the operations of 20 clearing and forwarding agents based at the Mombasa port.

The firms were found to have “non-compliance issues” after several risk analyses.

The KRA has been intensifying its crackdown on tax cheats using various databases, including bank statements, import records, Kenya Power records, motor vehicle registration details, water bills and data from the Kenya Civil Aviation Authority, which reveals individuals who own assets such as aircraft.

The taxman has in the past two years also been seeking details of suppliers and contractors hired by county governments.

This followed a steep increase in imports of the luxury goods and multi-million-shilling investments in real estate — an indication that some crooks could be evading payment of tax.

The taxman wants socialites and individuals who display lavish lifestyles on the interwebs to pay their fair share of taxes as it races to bring more people into the tax bracket.

Related Content:  With Sh2B Investment, Taaleri Set To Purchase 20 Per Cent Of Cytonn Real Estate Project
Kenya Insights allows guest blogging, if you want to be published on Kenya’s most authoritative and accurate blog, have an expose, news TIPS, story angles, human interest stories, drop us an email on [email protected] or via Telegram
Related Topics:clearing and forwardingKitengeKRA
Up Next

Fly 748 Increases Mombasa And Ukunda Flights Ahead Of Holiday Peak