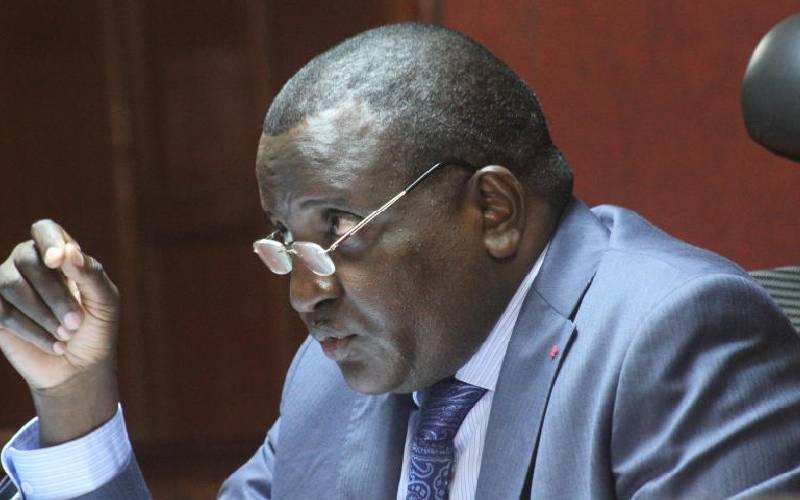 A judge has warned Kenya Revenue Authority to stop killing local companies in the guise of collecting taxes.

Justice Weldon Korir ruled that the taxman has become a monster in itself by killing local businesses over alleged failure to pay taxes which in turn affect thousands of families whose bread winners are rendered jobless once the companies are shut down.

According to the judge, KRA itself will soon run bankrupt and fail to meet its tax collection targets if it continues with the trend of closing businesses which are supposed to remit the tax.

“When KRA proceeds to kill businesses in the guise of collecting taxes, it becomes an undertaker and will itself eventually die since its survival depends on the existence of income generating businesses from which it can collect taxes,” ruled Korir.

Justice Korir issued the warning in his ruling where he ordered KRA to immediately reopen Mount Kenya Breweries Limited which it had closed over allegations that it had 16,600 bottles of beer affixed with fake excise duty stamps.

The company complained that KRA officials in the company of armed police officers raided its factory on April 9 where it confiscated the finished products before locking the premises and stopping their operations.

Justice Korir ruled that although KRA is justified to collect taxes and that the companies have an obligation to declare and remit their taxes, closing their premises and stopping them from operations is not the right way to deal with tax evasion.

“In the premise, the court issues an order restraining KRA from continuing to lock, sealing doors or in any way denying access to the company’s manufacturing premises. KRA officials are however at liberty to visit the manufacturing premises at any given time to assess the taxes,” ruled Korir.

He also ordered KRA to reinstate the company’s excise licence and to facilitate the resumption of normal business operations at the factory by resuming the issuance of excise stamps for production and unsealing the manufacturing premises.

Justice Korir further directed the taxman to release the company’s motor vehicle they had seized on allegations that it was being used to transport the counterfeit products.

He however clarified that the orders does not stop KRA from pursuing any outstanding and future tax liabilities from the company.

According to the judge, KRA’s tendency of closing businesses whenever they have tax dispute with certain companies does not protect public interest which is to ensure that taxes are collected.

In any event, the judge ruled that it is in public interest that the companies continue to operate since it is through their operations that they pay taxes on whatever revenue it generates, offer jobs for its employees and service the loans taken from financial institutions.

Justice Korir added that the raid on the company’s manufacturing plant located in Nanyuki was an abuse of power since the company had shown it was among the top taxpayers and had been issued with tax compliance certificate.

Kenya Insights allows guest blogging, if you want to be published on Kenya’s most authoritative and accurate blog, have an expose, news TIPS, story angles, human interest stories, drop us an email on [email protected] or via Telegram
Related Content:  New law to allow KRA, NIS to track gamblers
Related Topics:Justice Weldon KorirKRA
Up Next