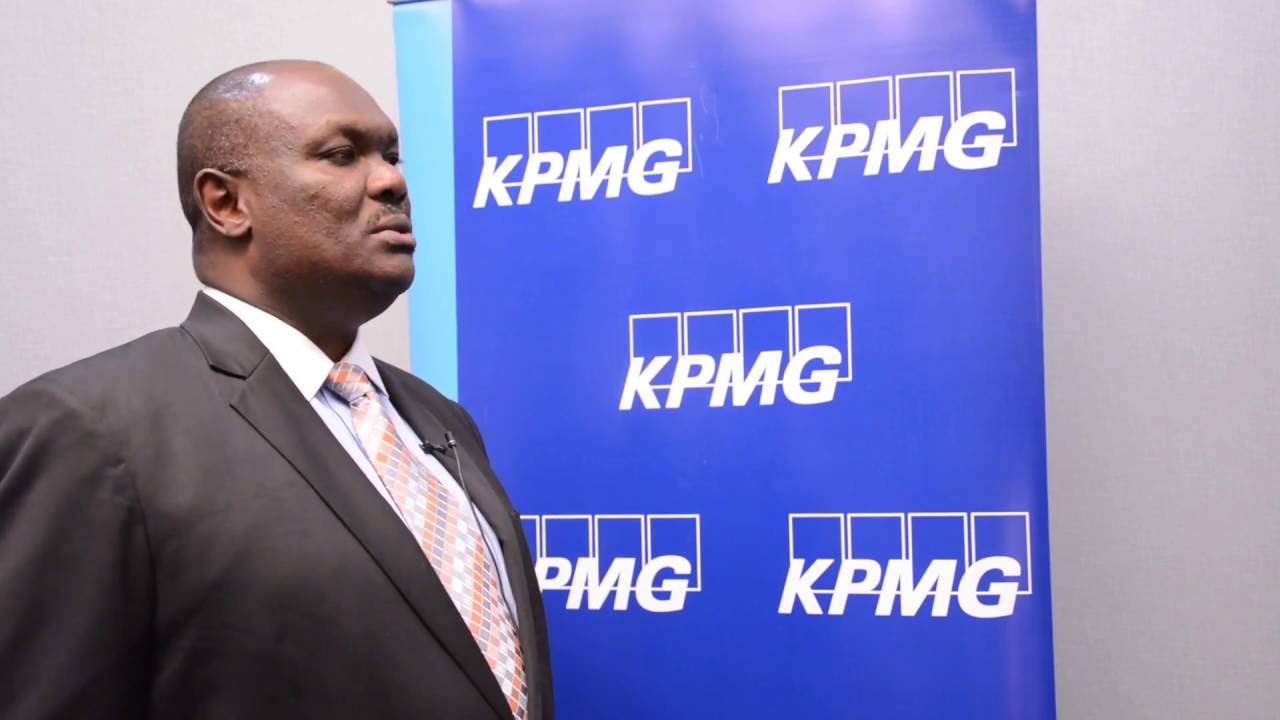 A call from a jilted lover inflamed what was initially just a clash of egos between two of the most powerful partners at a giant audit firm into one of the bloodiest legal fights seen in Kenya’s corporate world.

The call was made around September 2016 to then chief executive and senior partner at KPMG East Africa, Josephat Mwaura, according to court documents.

The subject of the call was GJK (not her real name), then a personal assistant at the firm’s tax department.

Around the time that Mr Mwaura received what he said was an anonymous call, GJK’s estranged spouse, AM (also not his real name), had told her that he had been reliably informed that she was having a romantic affair with her boss.

The boss in question was Richard Ndung’u, then the head of the tax department.

Earlier, between 2004 and 2008, Mr Ndung’u had worn two other hats – as the CEO and senior partner at KPMG East Africa. But in a world where people only move up and out, he decided to stay after leaving the C-suite of the audit firm in 2008.

Mwaura, who has since left the partnership, replaced Ndung’u at the helm of the audit firm.

Their leadership styles were a contrast. While Mwaura was a dyed-in-wool KPMG man, Ndung’u had crossed over from another audit giant, PwC, and never quite shed its garb.

At PwC, which Ndung’u left for KPMG in 1998, you are only as good as your last result. At KPMG, the pervasive culture is such that it is far more important to be kind than to be right.

There was also a certain degree of closeness and coziness that Ndung’u had with his team that might have been at odds with the prevailing culture at KPMG.

For example, when GJK requested Ndung’u for two days’ leave to go and see her husband who was in hospital with a severe headache, Ndung’u asked in a message jokingly (according to GJK), if a chiropractor was required to remedy the situation.

A chiropractor is a healthcare professional who treats neuromuscular disorders.

GJK also sent her immediate boss a birthday message, to the amusement of Mwaura, according to the court documents.

At the time that the ‘anonymous’ call was made to Mwaura, GJK was going through bitter divorce proceedings. Her husband, who she said had tried and failed to woo her back, believed that she was leaving him for her boss.

AM, she said, also believed that it was Ndung’u who was financing what appeared like her new expensive lifestyle, and paying her legal fees.

After receiving the call, Mwaura decided to do some discreet inquiry. It was while doing this that he got a second call, with the caller pleading with him to ask Ndung’u to leave GJK alone or he would take extreme action.

The threat by the caller spurred the CEO into action as he “did not want the prospect of anybody coming to harm on account of this conduct,” he said in a witness statement before an arbitrator, John Ohaga.

To their clients, audit firms are supposed to be above reproach like Caesar’s wife. This was Mwaura’s endeavour when he launched the investigation on October 3, 2016.

Unfortunately, there have also been several lawsuits which, rather than showing how accounting firms are paragons of probity, have only offered a rare peek into the witch hunt, chicanery and backstabbing in the boardrooms of the Big Four audit firms.

GJK, who would later on be fired before she moved to court and was reinstated, might just have been a pawn in a high-octane power struggle at KPMG East Africa.

And so from 2.30pm on October 3, 2016 to 1am the next day, she remained in a meeting room at ABC Place in Westlands, Nairobi, as she had been instructed.

Between 3.30pm, when Mwaura showed up and 5pm when he left, GJK fielded questions, some touching on her divorce proceedings, from her interrogators.

Besides Mwaura, there was also Chief Operating Officer Jane Mugo in the room.

At the end of the interrogation, GJK was asked not to leave the room until she got back her personal phone. She would be alone in the room till early morning, cut off from the outside world and her three-year-old daughter.

Her personal and official phones as well as her laptop had been taken away by the IT regional manager, for ‘mapping of messages’ from her email and social media accounts, GJK said in her personal statement.

The IT team combed through her text and WhatsApp messages, emails, M-Pesa and bank transactions, searching for anything that reeked of a love affair between her and her boss.

Meanwhile, the IT manager was doing the same with Ndung’u’s phones and laptop.

Unlike GJK, though, Ndung’u only stayed in the CEO’s office for about two hours. Rather than being made to wait, he left behind his phones and laptop for mapping.

He was also told to stay away from the office for two days so as not to interfere with the investigation.

Hours before the meeting with GJK, Mwaura had invited Ndung’u to his office and revealed to him the allegations of an inappropriate relationship with his personal assistant, letting him know of his intention to undertake a discreet investigation.

Related Content:  CBK: Sh7.3B Of 1000 Old Notes Were Not Returned Therefore Worthless, Sh209B To Be Shredded Into Briquettes

Ndung’u, according to Mwaura in the court documents, said there was no truth to the allegation, but admitted that he had gifted GJK a honeymoon paid for by the firm.

“He (Ndung’u) agreed to fully co-operate in the preliminary investigation and agreed that while he had been culpable in other incidents, that I would find him innocent in this one,” remembered Mwaura.

That came to pass, but Ndung’u was kicked out of the KPGM East Africa partnership anyway.

The incidents Ndung’u was alluding to included one in which, as the CEO, he had vouched for the company to purchase and build an office in Riverside, Nairobi.

That deal was mired in controversy and he was forced to resign as the CEO and senior partner.

“I have always been and will always be grateful for your past positive exercise of discretion, but in this case you will find that I am truly innocent of any alleged impropriety or purported extra-marital affair,” Ndung’u said in a letter to the CEO.

Mwaura also told the Ohaga-led tribunal that there had earlier been several complaints of sexual harassment at the tax department, all of which happened under Ndung’u’s watch. Some of the complaints, said Mwaura, were actually leveled against Ndung’u. Again, he was cleared of these allegations.

Nonetheless, due to the allegations, and in light of the enactment of the Sexual Offences Act, the audit firm came up with a non-fraternisation policy, said Mwaura.

Under the policy “romantic relationships between staff members, especially where one individual has influence over the other’s conditions of employment (were) inappropriate.”

“Where staff engages in such relationships, both parties will be asked to leave the firm as soon as possible,” reads part of the KPMG’s Staff Handbook.

While Ndung’u was told that the probe, which eventually found no evidence of an inappropriate relationship between him and his personal assistant, was to take at most two days, it took two weeks.

Suspecting victimisation, Ndung’u decided to tell on his boss. He sent a complaint to the CEO of KPMG, Southern Africa, Trevor Hoole decrying the course of the investigation.

In his complaint, he said he feared that he was not going to get justice from Mwaura, and was afraid that the CEO, with whom he had crossed a number of times, was intimidating him.

Mr Hoole then escalated the matter to KPMG International, who in turn dispatched two senior officers to look into the complaint.

KPMG International draws at least $1 million (Sh111.8 million) annually in royalty fees for the use of its brand.

While KPMG East Africa is an independent partnership, there is a code of ethics at the global level that its affiliates are expected to comply with to protect the brand.

One of the two officers who landed in Nairobi to investigate two complaints against Mwaura was Andrew Cranston.

Hoole had already let Mwaura know that he had received a complaint from Ndung’u against him.

That is when what had initially been an investigation on an alleged love affair took a new twist.

After learning that Ndung’u had raised a complaint against him, Mwaura decided to launch what High Court judge Francis Tuiyott described as a retrial of Ndung’u’s past indiscretions.

Mwaura laid bare some of Ndung’u’s past conduct, most of which he had already dealt with, before the executive committee of KPMG East Africa.

But Justice Tuiyott, in a judgment on January 2, 2021, wondered: “The question to be asked is whether Richard Bora Ndung’u would have faced a ‘retrial’ on those past discretions had he not lodged a complaint against Mwaura.”

In an emotional meeting on December 16, 2016, Ndung’u faced his partners, suspecting that his fate was about to be sealed.

“He asked partners to consider the past, how he worked and collaborated with them and left his fate in their hands,” read part of the meeting’s minutes.

He put up a spirited fight, but Mwaura, using his influence as the chairman of the executive committee, outfoxed him. He adjourned the December 16 meeting to January 13, 2017.

Ndung’u was neither invited nor given notice of the agenda for the second meeting. Without giving Ndung’u an opportunity to prepare his defense, the partners voted to eject him from the firm.

Both the arbitrator, Ohaga, and Tuiyott found that Ndung’u’s ouster from the partnership of KPMG East Africa was “unprocedural, unfair and unlawful.”

Ndung’u would have the last laugh. After launching a lawsuit against the firm, he was awarded close to Sh500 million in damages by the arbitrator for wrongful dismissal, before the court reduced it marginally.

And he is not done yet.

Ndung’u, who unsuccessfully applied to be Kenya Revenue Authority commissioner-general in 2019, has in a separate suit accused KPMG International of encouraging its KPMG East Africa and KPMG Kenya to take retaliatory action against him on account of “raising” his hand.

Kenya Insights allows guest blogging, if you want to be published on Kenya’s most authoritative and accurate blog, have an expose, news TIPS, story angles, human interest stories, drop us an email on [email protected] or via Telegram
Related Topics:former KPMG East Africa head of tax and corporate servicesKPMG East Africa CEO Josphat Mwaura.Richard Boro Ndung’u
Up Next