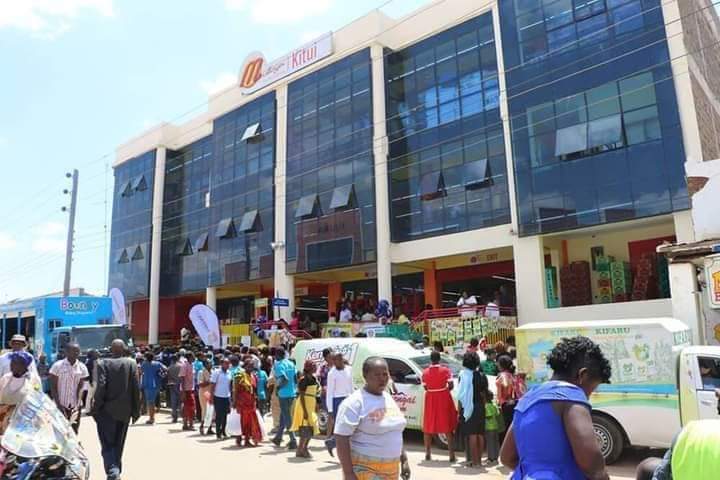 Mulleys Supermarket in Machakos County is in the eye of a storm over alleged widespread tax evasion fraud claims. On Friday last week, the retailer closed down its branch situated at the Machakos bus stage in an effort to ward off the instigators from accessing their books of accounts.

The pioneer locally owned supermarket in Machakos was at one time one of the fastest-growing retailers in the region but seems to have fallen back on tax returns, sources have revealed. Top KRA investigators have been tasked to probe the chain’s weekly returns at a local bank.

The supermarket is conveniently located opposite the said bank on the way to Machakos town center. According to sources, KRA is probing claims that senior managers at the bank are involved in a massive cover-up in the tax evasion racket. KRA Anti-fraud unit and ICT experts are also investigating a senior Nairobi based auditor who has been blacklisted as a “tax scammer” aiding several firms to evade paying taxes.

The retailer operates another branch at Mulolongo and is said to owe KRA up to Kshs 300 million in taxes during the period of 2019-2021. The supermarket stocks goods ranging from home furniture, Electronics, Home appliances, Clothes, Home crafts, Farm fresh, Home use products, wines and spirits products.

In the latest development, Mulleys Supermarket has announced the closure of five of its 10 branches, in a shock downsizing plan that has seen hundreds of staff laid off.

The supermarket which had presence in four counties of Nairobi, Machakos, Kitui and Makueni shut down half of its branch network as it struggled to stay afloat amid mounting debts and empty shelves.

In an ambitious expansion programme that may have gone wrong, the supermarket closed two of its main branches in Machakos town – Mulleys Express near Machakos bus station and Mulleys Pioneer situated opposite Machakos General Hospital.

According to a notice posted at the entrances of the closed outlets, the supermarket management said their business was undergoing a necessary restructuring and reorganisation process.

“We highly regret all the inconveniences caused by this occurrence but do kindly request you bear with us. We shall keep you updated on new developments along the way” read the notice.

The management announced that its operations will continue in Mulleys Embakasi in Nairobi, Mulleys Mtaani in Mlolongo, Mulleys Masaa in Machakos, Mulleys Jibambe in Tala and Mulleys Emali in Makueni County.

Signs that the debt-ridden retail chain was struggling with possible cash flow problems became evident six months ago when their shelves became empty.

Kenya Insights allows guest blogging, if you want to be published on Kenya’s most authoritative and accurate blog, have an expose, news TIPS, story angles, human interest stories, drop us an email on [email protected] or via Telegram
Related Topics:KRAmulleys supermarkettax evasion
Up Next

Elon Musk Sells $5B In Tesla Stock After Twitter Poll