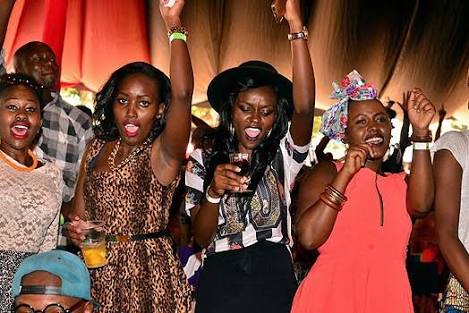 Majority of Kenyans (64%) are optimistic that 2018 will be a better year than 2017.  However, there is a significant number of Kenyans (17%) who are not sure about what the year holds in store and are adopting ‘a wait and see’ attitude.

Another notable number (14%) feel that this year will be worse than the just ended 2017.  These revelations are according to the New Year Survey conducted by TIFA Research between the 12th and 16th December 2017.

Kenyans are hopeful that the start of 2018 will be a game-changer, especially on the divisive nature of Kenyan politics and hopefully the year will signal a return to normalcy for the country. Kenyans are also hoping that politicians will give them a break for the next 5 years so as to allow the country to focus on economic development that will spur job creation and the lowering of the standards of living as the country takes a path to recovery.

Nyanza, Western and North Eastern Most Pessimistic about 2018

The survey also reveals that the optimism levels of Kenyans vary by geographical regions. In terms of those who feel that 2018 will be better than 2017, residents of the Central region (81%) are the most optimistic followed by Eastern (73%) and Rift Valley regions (69%).  The least optimistic regions include Nyanza (49%), Western (49%) and North Eastern (42%).

Although the economy had slowed down during the election period at the tail end of last year, majority of Kenyans expect a turnaround in the economy in 2018.  In addition, majority of Kenyans expect to see better employment prospects, better political environment, a reduction in the cost of living and better security.  This signifies that Kenyans see the link between better economic performance and improved employment prospects and reduced cost of living.

According to the TIFA New Year Survey, 70% and 69% of Kenyans expects primary/secondary and higher education respectively to improve in 2018.  These high expectations are recorded against the backdrop of a number of reforms in the education sector. The changes in this sector include the expected introduction of a new curriculum, new text book policy and stringent measures that have secured the integrity of national examinations.  In the higher education sector, public university lecturers resumed work in December 2017 after they signed a Collective Bargaining Agreement (CBA) with the government. This signals the end of a protracted battle which had interrupted learning in higher institutions.

In March 2017, the doctors in Kenya ended their 100-day strike after signing a collective bargaining agreement with the government.   However, to the detriment of Kenyans, the nurses’ strike began less than three months after the doctors’ strike came to an end and lasted for 151 days.    These strikes exerted a lot of pressure on the public health system, making many Kenyans to suffer.  With both doctors and nurses now back to work, it is not surprising that 67% of Kenyans feel that the public health sector will improve in 2018.

Main Focus of 2018: Entrepreneurism, Job Hunting and Advancement of Education

Looking at the goals for 2018, a third of the total sample said that they intend to set up a business with 32% mentions. The second highest goal is to get a new job by 24% of the sample.  Advancing education is a goal among 22% of the total sample while additional academic qualifications is considered a strategy of enhancing prospects for promotion and subsequently increase in one’s remuneration.  Also mentioned were goals such as getting work-life balance, constructing of a house, getting married, upgrading/investing in farming. Purchase of a car and land generated only 3% mentions.

Find the report below. Tap and scroll to read.

Kenya Insights allows guest blogging, if you want to be published on Kenya’s most authoritative and accurate blog, have an expose, news TIPS, story angles, human interest stories, drop us an email on [email protected] or via Telegram
Related Topics:BusinessDevelomentEconomyJobs
Up Next