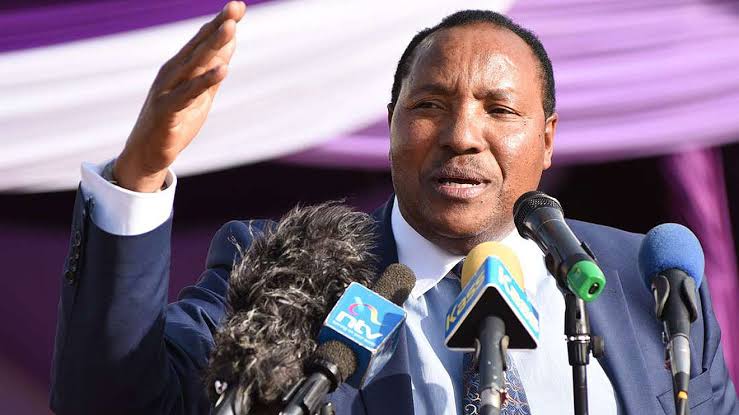 Reading the report to Kiambu Governor, Senator Moses Kajwang’ clarified the report one by one during the senate session

Budget lines for Kiambu County govt' as per the report given to the Audit General by Kiambu Gov. Waititu:

The Budget lines for Kiambu County Govt as per the report given to the Senate By  Auditor General.

Administration of Statutory benefits for the retired Presidents Ksh180M

The Kiambu county government president said the report was new to him and believes it’s a misuse of the National government.

"What I have also seen is new to me!"#TheDailyBrief pic.twitter.com/apP6iL1rYu

With all these figures being unearthed by Auditor General now, it’s about time we get a full budget lines from every county.

There’s are a lot of things our county governments are spending our taxes on in the shadow.

Indebtedness  has gradually developed in our counties, what was supposed to be devolution development centers.

Can the public also be enlightened on how they can hold to account the non productive and corrupt officials when such reports see the light of the day.

It’s about time for Kenyans to fight corruption and its agents before it turns us a century back with a collapsed economy.

Kenya Insights allows guest blogging, if you want to be published on Kenya’s most authoritative and accurate blog, have an expose, news TIPS, story angles, human interest stories, drop us an email on [email protected] or via Telegram
Related Topics:BugdgetFerdinand WaitituKiambu countySenate
Up Next

JohnBosco: Why Government, Examination Bodies and Private Hospitals Are To Blame For Quackery In The Medical Field.