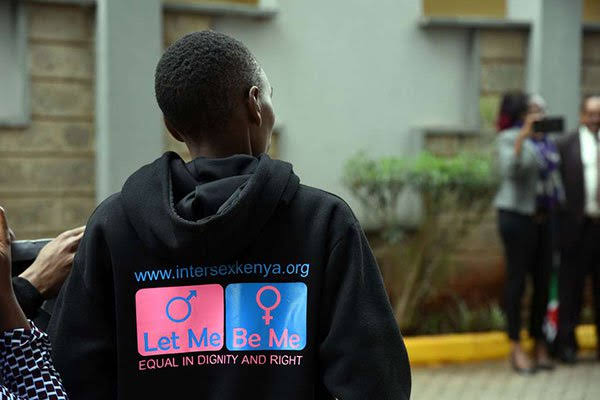 NAIROBI (Thomson Reuters Foundation) – The results of Kenya’s first census to recognize intersex people are a “big win” for their rights, campaigners said as the data was released on Monday, expressing hopes it would lead to more progressive policies.

Kenya became the first African nation and one of the only countries in the world to count people born with a sexual anatomy that does not fit typical definitions for male or female bodies as part of its 2019 census in August.

The results showed that 1,524 people – 0.003 percent of the population – said they were intersex, a figure campaigners said was low and attributed to widespread stigma and low awareness.

The United Nations estimates 1.7 percent of all children are born intersex – with reproductive organs, genitals, hormones or chromosomes that do not fit the usual expectations of male and female.

“Certainly the numbers are not what we expected in terms of big volumes, but the KNBS data confirms that every county has people who identify as intersex,” said Isaac Mwaura, Kenya’s Senator for Persons with Disabilities.

“It doesn’t matter if it’s one intersex person or one million. I see it as a big, big win as it means intersex people are recognized and their rights must be safeguarded – just like all other minorities in this country.”

Mwaura has introduced a bill in parliament that would allow intersex people to change their sex on their national ID cards and to include ‘intersex’ on birth and death certificates.

Few countries have incorporated the intersex category as part of their national census, partly because many intersex people identify as male or female.

Related Content:  British Media Reporting That Eliud Kipchoge Has Unfair Advantage With His Shoes And Attempts Linking Him To Doping

LGBT+ rights groups say a lack of awareness has led to skewing of data. Australia, one of the only other countries to recognize intersex people in its census, has an estimated population of 420,000 but identified only 40 in its 2016 count.

Mwaura and intersex rights groups attributed Kenya’s figure to stigma, a lack of public awareness about what intersex is, and poor training of census staff.

“Most intersex people I have spoken to were not asked and it was just assumed based on their appearance,” said James Karanja, director of the Intersex Society of Kenya.

“Those who were aware insisted on being counted as intersex, but I think many did not.”

Campaigners said many people did not know they were intersex, while others were too scared to say so openly.

In Kenya, parents often rush to have surgery performed on their children at a young age to avoid ridicule. Many intersex adults say their lives have been psychologically damaged by such operations.

Intersex children have also been shunned by their families and bullied at school and adults have struggled to get jobs and faced physical abuse, add intersex rights campaigners.

Despite the low figure, Karanja said his group was “really happy” with the result.

“We have to remember this is the first time in Kenya that we are even speaking about intersex issues, so it’s going to take time and a lot work, but at least the conversation has started.”