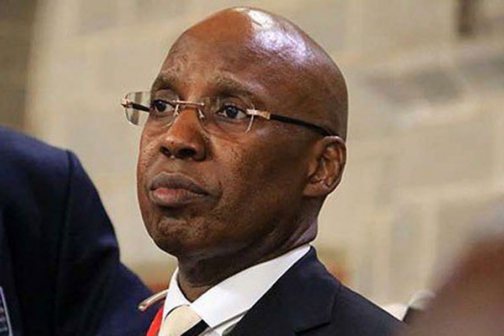 Kenyans on Twitter have been running multiple accounts and the most viral of them, are those with the names of most prominent Kenyan, mostly who are off twitter streets and one of them being @JimmyWanjigi.

Jimmy Wanjigi is the man who brought together Uhuru Kenyatta and William Ruto for them to form a government. By bringing together Ruto and Mr Kenyatta, the billionaire was hoping that he would be allowed to continue with the project that he had mooted during the Grand Coalition government — the Sh320 billion standard gauge railway project, which was his brainchild but later on slapped by the Uhuru’s close ties with the Chinese.

Mr Wanjigi had cut a lucrative deal with Chinese companies that had lined up for the project and he was to get close to Sh32 billion from the 10 per cent agency fee that he normally charges via his Tyl Limited Company.

Away from that, Jimmy Wanjigi speaking to RMS owned Citizen has said that he wants to meet the person who runs the twitter account under his name. The account that makes so many viral tweets, like the latest on where the account alleged that the tycoon has ordered a private jet for the superman Eliud Kipchoge.

I just called #eliudkipchoge . So this was the deal .

If he wins the @INEOS159 challenge then I have to buy him a private jet before 28th of November 2019.

All the best Eliud Kipchoge

Congratulations!! You have done us proud #Eliud159 . Plans are underway with @GulfstreamAero , the jet will be deliver to #eliudkipchoge before 29th November 2019.

However the Tycoon through his Lawyer Willis Otieno confirmed that the Jimmy Wanjigi does not communicate on social media accounts meaning that both Twitter pages —@Jimmywanjigi1 and @JimiWanjigi—are parody accounts.

“It is a fake account, it has nothing to do with me but we are proud of Eliud Kipchoge for what he has done for the human race and for Kenya in particular. I actually want to meet the person behind the tweet over a cup of tea because his creativity has shaped conversations of Kenyans online,” he told Citizen Digital yesterday.

The parody account has since accepted the opportunity to have a sit down with one of the most genius political minds Kenya ever produced and his Business muscle can be heeded Nationally.

Kenyans On Twitter have, However, warned the person behind the account that if s/he makes that mistake they will be arrested and charged for impersonation. Here are sampled reactions on the tweet.

This is your chance usiskize hawa ati issa trap go there meet him and make him give you a job mkibonga he knows it was lighthearted and Eliud obvs. won't ask a jet from him thereby no harm caused but his name been popularised by the Tweet don't fumble this bAg bro 🙌

Meet in Rwanda but not Kenya

Impersonating another person online infringes a legal right of that person, and whether there is a law which makes the impersonator liable for such an infringement.. Jitayarishe 😢

Last year, the businessman sued the Nation Media Group over the publication of a fake obituary on February 7, 2018. The High Court awarded him Ksh. 8million after ruling that the publication violated Wanjigi’s privacy and forced them to apologize publicly.

“We regret the pain and anguish this may have caused Mr Wanjigi and his family and sincerely apologise for this. Nation Media Group does not condone such publication, which clearly goes against our editorial policy. We have taken immediate action against those responsible for the placement of the announcement, including reporting the matter to the police for further investigations,” the apology read.

Kenya Insights allows guest blogging, if you want to be published on Kenya’s most authoritative and accurate blog, have an expose, news, story angles, human interest stories, drop us an email on tips.kenyainsights@gmail.com or via Telegram
Related Topics:Jimmy wanjigiKOTparody
Up Next

Forget iPhone 11: Apple’s 2020 iPhone Will Have A Never Seen Before Technology