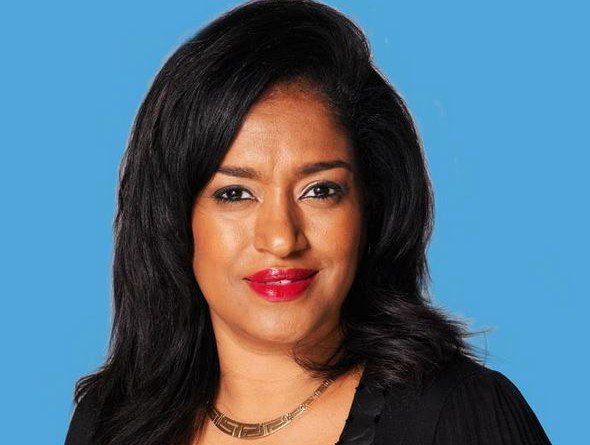 Women and the Civic Society has been battling with the not materialising Two-Third gender policy that would see a square representation in the political sphere. In the course, the women are looking into being allocated seats sheltering under the minority gender umbrella. Critics have shut down this mentality that women should shun away from maintaining a “receive” mentality and instead bolt out, cock their firearm and go head-on with the men who are currently enjoying the upper hand.

In the current devolution government set up, of the 47 counties, none is a woman going further to show the wide gap in gender balance. Luckily, in nomination slots as a measure in fulfilling the gender balance. As of now, Esther Passaris is the only serious female contender who has expressed her interest in going for the Nairobi Gubernatorial position that is being eyed by political giants and test tube politicians. Passaris is determined to unseat the incumbent, Kidero and she doesn’t seem to be stopping at any point.

With a vector of being unique, the fierce politician has decided to go the opposite way in pursuing her political ambition by creating her party. While the rest of contestants as Johnson Sakaja, Dennis Waweru, Eugene Wamalwa are neck on the neck to clinch the Jubilee ticket and gambling with their political career given the latest restrictive party hoping law, Passaris is maintaining a relaxed posture knowing her position in her party is secured.

Passaris is currently battling to have her Harambee Democratic Party registered and did a national drive to popularise it. She is sharply against the Party Hopping rule saying it’s undemocratic and restricting. While other women are waiting for the male-dominated parliament to pass the gender rule that they’ve already shut down, great dreamers as Passaris are taking the next and necessary steps, taking. In Africa, there’s a widespread belief that power is not given it’s made.

Related Content:  At least For Once I Won’t Be Blamed For Stealing COVID-19 Money, Ruto

It couldn’t have happened at a better time when Hillary Clinton is poised to be the 1st ever American President and Meckel is holding down Germany, the time is ripe for women to arm up and take these seats. Passaris also discourages the nation of silver spoon feeding that majority of the women are banking on to be awarded the positions. In a highly competitive world where women are rising to high positions diminishing the traditional norm of men dominance, women like Passaris who opt to grow a tough skin and fight for their spaces must be celebrated.

Passaris during an interview

Passaris is not new to the murky world of politics that she’s been in and continues to. On February 16th, 2008, Passaris was among three ODM councillors who expressed interest in the Nairobi’s mayoral seat. Others included Baba Dogo councillor Godfrey Majiwa, ODM vice chairperson Mugambi Imanyara. Passaris and Imanyara were both short-listed by ODM for the nomination. ODM had 36 elected councillors against PNU’s 25 and therefore had 12 nomination slots and PNU 8.

Passaris contested for the seat on the principles of bringing accountability and transparency to city hall, developing a city master plan, improving revenue collection, resolving the garbage collection problem and improving infrastructure. However, her bid for councillor for Nairobi was dealt a blow when, on February 22nd, 2008, her name was missing from a list gazetted by the then Local Government Minister Uhuru Kenyatta.

In the run up to the Embakasi by-election, she was among a host of other contenders battling it out for ODM ticket nominations. Others aspirants included Julius Were, Ishrad Sumra, Lameck Siage, Prof.Tony Wambua, ODM women league leader Jane Wangui and Norman Ochieng Ogum.

During that highly contested battle, Passaris defied all odds to capture the ODM ticket on May 11th, 2008 to run for the Embakasi Constituency by-election. And on May 26th, 2008 she was among the candidates cleared by the Electoral Commission of Kenya (ECK) to run for the Embakasi West constituency by-election which fell vacant after local MP Mugabe Were was shot dead outside his home in Nairobi a month after taking office. Other candidates included Kalembe Ndile (Tip), Republican Liberty Party candidate Mr Zachariah Momanyi. After the final vote count on June 11th, 2008, ODM’s Esther Passaris polled 27,339 against PNU’s Ferdinand Waititu who garnered 36,536 votes. Tip’s Kalembe Ndile got 843 votes.

Nationally, the prominent women face like Martha Karua and Charity Ngilu whom majority have identified with, have taken a lukewarm position leaving the field open for Passaris to re-debut with her Nairobi bid and popularising her yet to be approved party nationwide. The country is fishing for alternative leadership, impermeable and uncompromising leadership. Nairobi is entangled in a corrupt network that is running the City Hall, with her tested leadership qualities of personally getting involved at all managerial positions and track record of fighting corruption, Passaris stands a better position in tackling the City’s problems.

Kenyan politics is unfortunately engraved on tribal dimension and Passaris is aware of that, in her recent interview with a local publication, she called out on her Tribe, Kikuyu from feeling more superior compared to other tribes simply because they’re in power by President Uhuru. Passaris who shies away from using her Muthoni name believing it cuts her out as a Kenyan and can easily be stereotyped, believes in an all inclusive system of governance, and this has set her core vision of having a Nairobi for all where everyone will be feeling entitled, despite race and tribe. Better service delivery remains her predetermined result. Tribalism is what drags the Country behind if we can delink then, we’re on the road to cohesion and prosperity.

Related Content:  Raila And Ruto Comes Face To Face For The First Time This Year
Kenya Insights allows guest blogging, if you want to be published on Kenya’s most authoritative and accurate blog, have an expose, news TIPS, story angles, human interest stories, drop us an email on [email protected] or via Telegram
Related Topics:Esther PassarisHarambee Democratic PartyNewsOpinionPolitics
Up Next