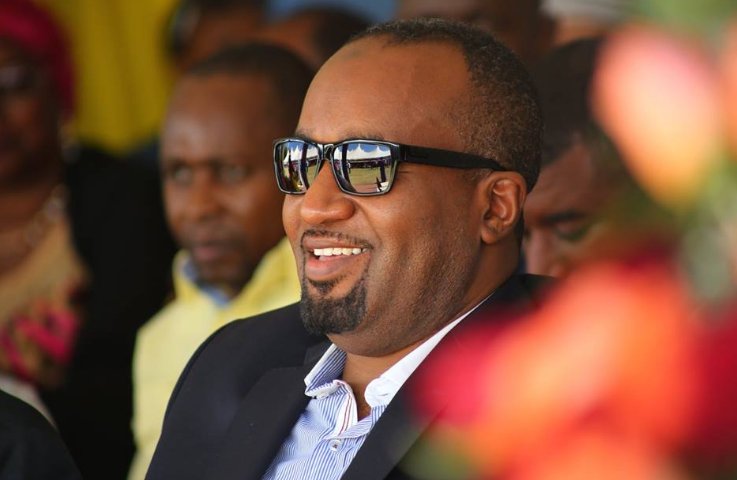 By Nicholas Olambo
Ali Hassan Joho was first elected Mp for Kisauni in 2007 , he went on to serve as assistant minister in the grand coalition government then later rose to be the first governor of Mombasa County in 2013. Joho is increasing becoming very influential in ODM and national politics cementing his twin ambitions as the coast region’s kingpin and the presidency.
Joho’s efforts at the Malindi by elections emboledened his ambitions. In fact it is after the Malindi by elections that county 001’s governor got the courage to publicly declare his presidential quest in 2022. Malindi parliamentary seat fell vacant after President Uhuru Kenyatta appointed the then ODM Mp to the energy docket. President Kenyatta’s move was a ploy to penetrate into an area considered a Cord/ODM stronghold. Jubilee lost to ODM and with the kind of money that was spent in that by election, the jubilee coalition was sent back into the drawing board.
ODM candidate Willy Mtengo traunced jubilee’s Philip Charo. The win enchanced Joho and Kilifi governor’s stature at the coast as the party’s formidable assests. Joho was the chief campaigner and paymaster. He camped in Malindi for three weeks and after the victory he declared to carry on the momentum and take the ‘war’ to the doorsteps of the party rebels who were not with the people. The momentum is indeed on and the manner in which he organised the ODM party’s tenth birthday to counter jubilee’s party launch says it all. No one thought ODM event would be any big thing to talk. ‘ODM will be having a small bash at the Coast’ said the controversial MP, Moses Kuria.
Just a week after anniversay fete, Joho has planned another rally in Nairobi tomorrow in Mathare. ‘The party will hold roadshows before Mathare rally on September 18’ Joho said despite a looming battle as both ODM and Jubilee book meetings on the same ground on the same day. The idea to hold the rally in Mathare seems as a move by the party to campaign in areas where their members defected to join the recently launched Jubilee Party. Mathare Mp Stephen Kariuki who was elected on an ODM ticket is one of many Cord MPs who defected to JP.
Joho is taking the ‘war’ to the rebels’ doorsteps without mincing a word criticizing the Jubilee adminstration. He has been the loudest critic on historical injustices on land issues at the coast, most notably is the Waitiki land in Likoni. Joho has also been critical of the National government for not involving his county government whenever the President visits Mombasa.
When one may argue that we have equaly seen many young politicians who rise fast and fall. Lack of focus and ‘political hustle’ are major the attributes to fast rise and quick falls. We are living in an era where broke politicians are ‘bought’ on a daily basis, going against the will of their supporters and denting their political careers. Joho brags as being too expensive and cannot be ‘bought’ by anyone to join the wrong political camp.
He sits at the vantage point to succeed ODM Party leader Odinga. He is the deputy party leader very close to Mr Odinga enjoying love from every party’s strong hold. When he rode with Raila in the same car in Kisumu at the memory of anti-IEBC protest victims, Joho gracefully waved to the enthusiastic supporters receiving wild cheers. The manner in which he has played his cards so far places him among the top national politicians and a force to reckon with in post Uhuru era.

Related Content:  Uhuru dumping is the peculiar thing with 2022 politics
Kenya Insights allows guest blogging, if you want to be published on Kenya’s most authoritative and accurate blog, have an expose, news TIPS, story angles, human interest stories, drop us an email on [email protected] or via Telegram
Related Topics:JohoMombasaOpinionPolitics
Up Next

With the Initially Dropped Names Interviewed, Just What Will JSC Consider to Appoint the Next Chief Justice