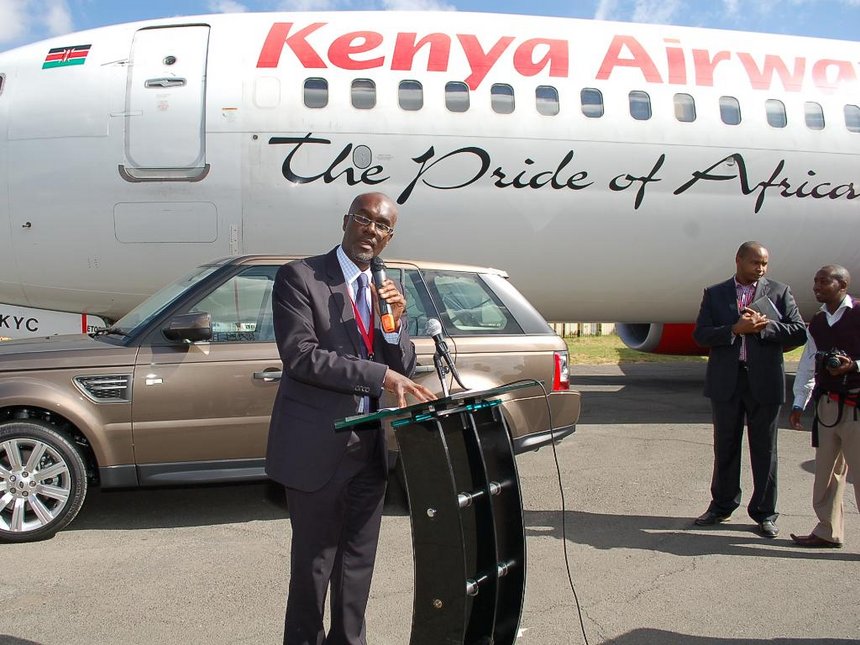 The national carrier that has turned from a pride of Africa to being a shame continue to get hammered despite their PR exercise to sanitize the filthy profile. Genuine worries that Kenya Airways is at the brink of total collapse given massive losses they continue to make.

An audit report conducted by Deloitte reveals from the ticketing, fuel and accounting to the baggage and cargo departments; the audit trail tells a story of plunder and theft. Most of the KQ ticket prices filed in its system were below the minimum seat cost as per its finance records. KQ issued more than 7 million seats between 2012 and last year at below price, resulting in a loss of $611.6M.

The auditors in the report, accuse the KQ management of allowing its staff to void, refund and reissue tickets, causing a revenue loss of $12 million.

With Kenya Airways in financial distress, it turned to Dubai Bank, at the time a crumbling financial institution that would later go under, for help. On August 18, 2014, the board approved Dubai Bank as one of the banks that KQ could obtain facilities from to a maximum of $5 million.

The auditors also found two repatriation transactions (one for ZAR3 million and one for AED2 million) in respect of which no payment had been received from Dubai Bank into a KQ Central Bank account. The total value of these transactions was $700,000, with two employees in the finance department found culpable. A loss of $5.2 million was recorded by the airline from these dubious transactions with Dubai Bank.

Related Content:  I Will Finish You; Boniface Mwangi Refuses To Apologize To Ruto Over Killing Juma Remarks Dares Him To Sue

The scheme was so intricate that Baghel Deeraj of Dubai Bank operated a fake email address with Bank of Africa when he wasn’t a staff member of the West Africa-based lender.

As KQ woes continue to pile, internally the workers are subjected to the hostile environment. According to documents in Kenya Insights hold, staff members are disgruntled. A good number have downed their tools leading to several flights being canceled.

Workers are protesting in what they term as exploitation by Career Directions Limited (CDL), Insights Management, Strami and Trade Winds Aviation staff.

KQ outsourced recruitment to CDL also made arrangements with the mentioned companies in what seems like a bid to continue exploiting the workers and milking the dying Kenya Airways. The outsourcing is proving injurious to the employees as terms of employment don’t meet with KQ’s.

For the last five years, KQ has been procuring loading and grooming services from Trade Winds Aviation services at about Sh150,000 per individual employee per month, yet individual employees end up being paid mere Sh10K monthly. The rest, your case as good as mine, the outsourced companies apparently colluding with management to fleece the workers.

Information given to Kenya Insights by the section of KQ workers reveal an ugly truth that the company is paying the most pathetic and exploitative salary in the region’s aviation sphere. Flight Attendants world-wide are paid handsomely, and KQ is paying even International Flight Attendants As Low As 35K salary, yes you read that right, thirty-five thousand Kenyan money. Now you see why they won’t hesitate at a snap to move for other airlines. KQ is making enough money, but poor, selfish management is running it down.

Related Content:  Ruto's Weston Hotel Goes after Langata Primary School Children Again, in Dangerous Way
Kenya Insights allows guest blogging, if you want to be published on Kenya’s most authoritative and accurate blog, have an expose, news TIPS, story angles, human interest stories, drop us an email on [email protected] or via Telegram
Related Topics:InvestigationsKenya AirwaysNews
Up Next