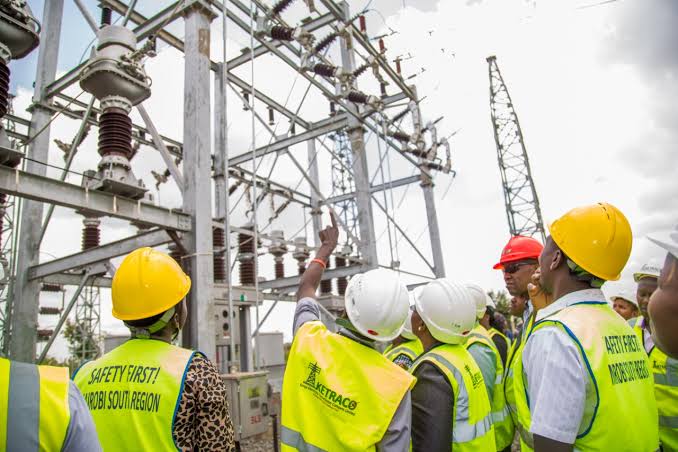 A Chinese firm – China CAMC Engineering Co. Ltd  has moved to court to stop a Power State agency KETRACO from proceeding with an award of Sh1.9 billion tender to a rival firm for the erection of underground power transmission cables.

China CAMC Engineering Co. Ltd says in court documents that unless the court intervenes and stops the contract, Kenyans will lose in excess of Sh403 million.

It is not by surprise that in a similar scenario of the recent pylons sabotage that caused power outage in all parts of the country was intentional by the cartels in Ketraco and Kenya power to reap big in the tender process of new pylons procurement. Why Ketraco decided to award a firm a tender that would have been Sh. 403 million less when both the firms have the same caliber and of the same origin only means that the excess 403 million is kickback pocketed by Ketraco officials and the power cartels.

The company says the tender price quoted by the rival firm is very high and against the principle of prudent use of public funds.

Kenya Electricity Transmission Company (Ketraco) awarded the tender to DEC-Hanhe Consortium for Sh1.94 in contravention of clause 28 and 35 of the tender document and the constitution.

Justice Jairus Ngaah has certified the case as urgent and the matter to be mentioned on January 25 for directions.

Court documents show that the Chinese company offered to carry the works for Sh1.5 billion but its bid was rejected on grounds that it was non-responsive at the preliminary evaluation stage.

The tender for the procurement of 132 KV underground cable for the Nanyuki-Rumuruti transmission line, was announced in March last year 2021. The Chinese firm says Ketraco introduced and applied an evaluation criteria not set out in the tender document.

“The 2nd respondent (Ketraco) took into account irrelevant considerations because there was no requirement under one of the clause of the tender document that all the projects previously done by us should have been executed using the XLPE technology-a form of cable technology,” read the documents.

The firm’s project manager Gao Li says Ketraco failed to take into account relevant considerations with respect to the tender’s technical requirements and in particular in its proposal indicating that the proposed project would be executed using the XLPE technology as the requirements in the tender document.

He says the decision to award the tender at a much higher tender price is in violation of the constitution and “prejudices the legitimate expectations of the Kenyan taxpayers for prudent utilisation of the meagre resources and to achieve value for public funds.”

Ketraco has been den of corruption with many of  its officials being prosecuted over graft every now and then. It’s not long when a top procurement executive Peter Maina Njehia at the Kenya Electricity Transmission Company (Ketraco) risked losing 40 developed properties, eight cars and millions of shillings in bank accounts linked to bribes and kickbacks for State tenders.

The Ethics and Anti-Corruption Commission (EACC) said the multi-million shilling assets acquired by Peter Maina Njehia in the 11 years to 2021 were the proceeds of crime and do not match his known income.

Related Content:  A Cockpit Fight Between Two Pilots Led To The Crashing Of Kenya Airways Flight In Douala Killing 100 People

The EACC however did not disclose the value of the real estate empire that includes rental apartments, farms for commercial agriculture and townhouses spread in Nairobi, Nakuru and Nyandarua counties. About Sh58.5 million held in several SACCO accounts under Mr Njehia’s name and that of his spouse were frozen.

Not forgetting former MD/CEO Fernandes Barasa who is now Kakamega County gubernatorial candidate. He looted the state agency to the brink of collapse, opened a charity foundation with the wife to launder the stolen funds from Ketraco dealings and now is vying for political seat to protect his ill acquired wealth. ​

Ketraco executive office​ needs whole overhaul, everyone of them should be grilled, guilty prosecuted and the innocent go home .

Kenya Insights allows guest blogging, if you want to be published on Kenya’s most authoritative and accurate blog, have an expose, news TIPS, story angles, human interest stories, drop us an email on [email protected] or via Telegram
Related Topics:Kenya Electricity Transmission Company (KETRACO)
Up Next