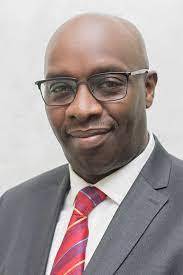 Anti-graft agency is probing a senior manager at Kenya Electricity Transmission Company (Ketraco) over allegations that he amassed great wealth through corruption.

The Ethics and Anti-Corruption Commission (EACC) filed an application at the High Court seeking an order to freeze the accounts and properties of Ketraco supply chain manager Peter Maina Njehia and his wife Julie Hellen Matu over suspicion that they are proceeds of graft.

EACC, through lawyer Pius Nyoike, claims Njehia bought several parcels of land, apartments and high-end vehicles with money he made through corrupt deals at the electricity company.

“Our investigations have revealed that contractors and suppliers to Ketraco have been bribing senior officials, including Njehia, to facilitate payments and awarding of the contracts. We suspect that he used the money acquired through corruption to acquire the properties,” said Nyoike.

The commission claims that Njehia was employed as Ketraco’s senior manager in charge of supply chain management in December 2016 with a monthly salary of Sh326,745 but within five years, he had acquired properties that are not commensurate with his earnings.

According to documents filed by the EACC in court, Mr Njehia’s salary between 2010 and March 2021 stood at Sh35.7 million-plus imprest amounting to Sh4.48 million.

It is alleged that Mr Njehia used his position to influence and award tenders at Ketraco and the Ministry of Transport, where he previously worked.

“The respondent has illegally and irregularly engaged in the influence and award of tenders, procurement and payment of goods and services, which has seen him abuse his office, receive bribes, embezzle public funds and engage in corrupt conduct,” the EACC said in the petition filed before the anti-corruption division of the High court.

“There are reasonable grounds to suspect that the respondent herein has accumulated assets disproportionate to his known legitimate source of income and money in the listed SACCO accounts should be preserved pending completion of the subject investigations,” the EACC told Justice Maina.

The properties in question include 18 parcels of land in Nakuru and Kiambu counties, three apartment blocks in Nakuru and Nairobi, and nine vehicles.

EACC wants Njehia’s accounts at Stima Sacco Society Limited operated in his wife’s name frozen. The agency says Njehia has been using the Sacco, through his wife, as a conduit for illicit funds to avoid being caught.

In an affidavit, EACC investigator Shadrack Mwenda said they had been investigating allegations of bribery, conflict of interest, unexplained wealth and corrupt conduct by public officials at Ketraco when they discovered that Njehia was part of the scheme.

Mwenda alleged that Njehia was part of Ketraco cartels who have been demanding and receiving huge bribes from contractors.

“He used the illegally acquired funds to purchase shares at Stima Sacco in the name of Julie Hellen Matu. Investigations have revealed that purchase of the shares and deposits in the accounts were meant to conceal source and movement of the funds,” said Mwenda.

According to the investigator, internal investigations by Ketraco had indicted Njehia, who was accused of failing to appoint a tender committee, instructing Sh30 million payments to a contractor without authority and awarding some tenders without approval.

“The actions of Njehia and the circumstances under which some stated properties were acquired indicate that cash transactions were sent to the vendors immediately after executing the sale agreements, which raised suspicion to the source of his funds,” said Mwenda.

Related Content:  Corrupt Ex-Ketraco Boss Fernandes Barasa Is Not Out Of The Woods Yet

He added that when they conducted a search at Njehia’s house, they recovered Sh1.2 million in cash, which the manager and his wife failed to explain the source.

The Ethics and Anti-Corruption Commission (EACC) says the multi-million shilling assets acquired by Peter Maina Njehia in the 11 years to 2021 were the proceeds of crime and do not match his known income.

The anti-graft agency moved to court in December 2021 and obtained orders freezing about Sh58.5 million held in several SACCO accounts under Mr Njehia’s name and that of his spouse.

Kenya Insights allows guest blogging, if you want to be published on Kenya’s most authoritative and accurate blog, have an expose, news TIPS, story angles, human interest stories, drop us an email on [email protected] or via Telegram
Related Topics:Ethics and Anti-corruption Commission (EACC)Kenya Electricity Transmission Company (KETRACO)Peter Maina Njehia
Up Next

Michuki’s Son Under Probe In The Death Of Thika Tycoon