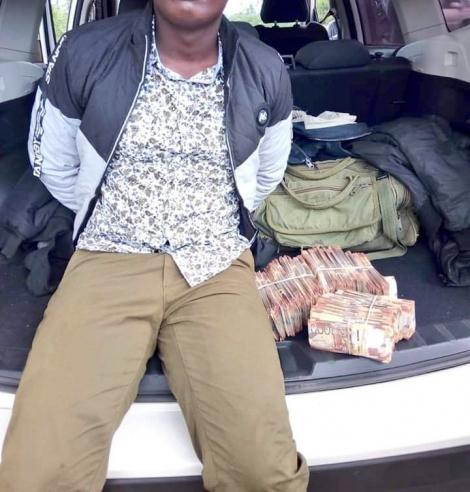 Yesterday, The Directorate of Criminal Investigations released a statement that one Wycliff Vincent Oduor, the man believed to have masterminded last year’s Sh72 million Nairobi West ATM heist, had been killed in a gang shootout with the police in a robbery gone wrong, a statement  Criminal defense lawyer Cliff Ombeta says is hogwash and but a cover-up.

The DCI said Wycliffe was gunned down on Tuesday evening during a fierce shootout at Kayole junction in Nairobi after the detectives received distress calls of a gang of three robbery with violence suspects from the public.

Ombeta has, however, dismissed these claims saying the detectives took Wycliffe from his house and killed him execution-style for reasons he and the DCI know.

“This one, you will not cover-up. I will not let you. You know why you executed him, so do i. You took him from his house.” The lawyer wrote on his Twitter account. “This was an execution. Everything else you are saying is a lie. There was no” fierce shootout”, no reports of robberies, no muggings within that jurisdiction.”

The DCI in their statement claimed that Wycliff together with two others were robbing members of the public in Kayole at night, a scene that attracted the attention of a team of Kayole detectives on patrol. The gang defied orders to surrender, engaging the officers in a fire exchange which resulted in his death and the escape of the other two on motorbikes.

The deceased suspect was among others charged with stealing Sh75.9 million from an ATM machine belonging to the Standard Chartered Bank in Nairobi West.

Kenya’s First Coronavirus Death Was A Patient Suffering From Diabetes