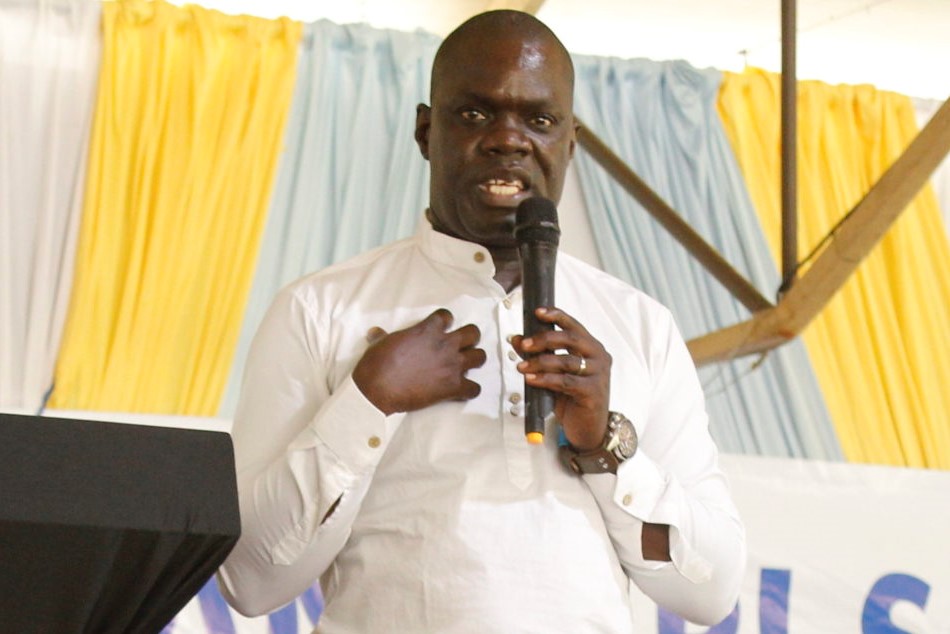 A vicious board room war has erupted at the troubled Bandari Savings and Credit Cooperative Society (Sacco) in which the Chief Executive Officer (CEO) Joseph Bee is embroiled in fights with Chairman Ken Sungu and other members.

Sources from within the Sacco who spoke on condition of anonymity said, “to crown it all there is a silent but vicious boardroom war here, the war pits Chairman Ken Sungu against his Chief Executive Officer Joseph Bee who triggered it all through his own reckless and wild utterances against his chairman” High-level arrogance, deeply rooted corruption scandals and unchecked impunity ruthlessly executed by the CEO are just three of the many reasons that are threatening to completely cripple daily operations of the once giant Sacco based in Mombasa.

The reportedly bad blood between the two bigwigs of the Sacco emanates from words that were allegedly uttered by the CEO Mr Bee in which he is said to have dismissed his chairman as a non-performer and semiliterate. The CEO is said to have told a close confidant that his chairman and another member of the board one Dennis Mjomba, a fire marshal at the Kenya Ports Authority (KPA) are semi-illiterate and non-starters. The impeccable source said: “That they (Sungu and Mjomba) are both unable to fully comprehend board deliberations.

Thereby leaving him (CEO) with a huge and unfortunate task of translating the day’s deliberations from English to Luo for the Chairman to follow and understand what’s being discussed.” Mr Bee allegedly said his chairman, being a security officer at the KPA has been struggling to fully understand the day’s deliberations during board meetings, therefore incompetent to chair the organization as national chairman and its management board because he has completely no qualifications for the job.

Related Content:  Hiding In Plain Sight After The Murder

The unfortunate story later leaked out to the chairman Mr Sungu who is said to have exploded into a monumental rage at being slighted by his CEO who is known as an arrogant ruthless bully. The Chairman is said to have vowed to kick the Chief Executive out of the Sacco who has in the recent past been hit by the widespread exposure of his wild and reckless behavior.

“The CEO’s actions at the Sacco have attracted the attention of the Directorate of Criminal Investigations (DCI) and his officers who have visited the Sacco headquarters in Mombasa to carry out investigations, four times in just the last three months alone,” said another impeccable insider source. The monumental crippling scandals at Bandari Sacco that are threatening to grind its operations to a halt have forced the CEO to enlist the services of a Nairobi based journalist with express instructions to help manage or kill any negative story that may leak out concerning the Sacco, at a huge fee. Our source said, “I had no choice but run to online publishers for my voice to be heard, otherwise most of the other media outlets seem to have been compromised”

The CEO is also on record publicly bragging of allegedly having compromising top DCI operatives to stop any probes into illicit criminal activities at the Sacco involving economic crimes and outright looting of the Sacco’s coffers in which millions of shillings belonging to members’ savings have been gobbled up without a trace.

As at the end of the last financial year, Bandari Sacco had accumulated debts running into billions of shillings that are nearly outstripping its total accumulated assets, thus bringing into question why the regulatory authority SASRA had not cracked the whip as the Sacco hurtles to imminent collapse.

According to a financial statement approved by the Sacco board on January 22nd, 2021 and submitted to SASRA the same day, Bandari had accumulated liabilities in debt to the tune of Ksh. 7, 133, 551, 379.00 billion while its accumulated assets were worth only Ksh. 10, 013, 777, 651.00. That means there is only a difference of less than Ksh. 3 billion for the debts to outstrip Sacco’s accumulated assets that could spell doom to its daily operations and lead to its collapse with accumulated members’ savings at that time valued at Kshs. 974, 812, 601.00 million.

Kenya Insights allows guest blogging, if you want to be published on Kenya’s most authoritative and accurate blog, have an expose, news TIPS, story angles, human interest stories, drop us an email on [email protected] or via Telegram
Related Topics:Bandari Sacco
Up Next