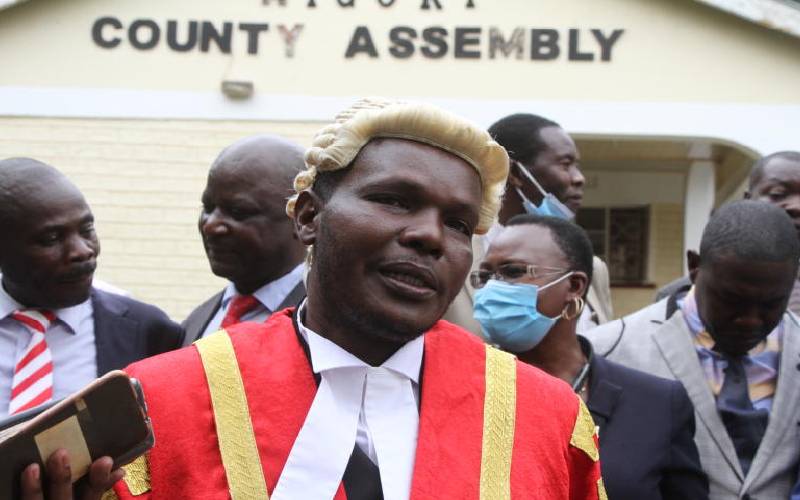 Migori County Assembly Speaker Boaz Okoth is plotting a risky political move that may see him go for the county’s top seat on DP William Ruto’s UDA Party ticket. Boaz is allied to Governor Obado but is aware of the strained relationship between ODM party and the governor who is serving his second and final term.

The speaker has also been at odds with ODM party since the flopped move to impeach governor Obado last year. The besieged speaker defied ODM party’s scheme to impeach Governor Obado despite intimidation, threats and assaults by ODM officials.

Okoth accused ODM party secretary general Edwin Sifuna as one of the goons who were baying for his blood for frustrating the party efforts to Obado’s impeach Obado. The speaker said that a group of goons led by Sifuna stormed into his hotel room in Kisumu and attacked him together with his bodyguard who was later withdrawn.

The botched impeachment was plotted after Obado and his four children were charged with Sh73 million in a move which his supporters blamed on the bad blood between the governor and the ODM party. 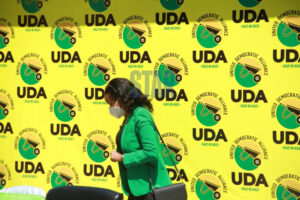 With the speaker’s supporters already expecting a shocking move, one of the options on Boaz’s table is to openly fly the UDA ticket or use an affiliate party like People’s Democratic Party (PDP) which Obado used in first term when he floored ODM candidate.

Combined efforts of the governor and the speaker have given Raila a run for his money forcing the fierce opposition leader to raise a white flag like it played in Obado impeachment attempts.

Related Content:  Not Again! Governor Obado Caught Up In Another Scandal

The honorable speaker has vowed to give his rivals a run for their money. In 2013 he went against the grain and won the North Kadem MCA seat on an Agano Party ticket.

According to the speaker, Obado has built a strong foundation on development in Migori to allow an outsider to come in as a governor and disrupt. Obado has defied calls to endorse his successor but both Obado and the speaker have hinted at working on a political vehicle that will shock their opponents.

Kenya Insights allows guest blogging, if you want to be published on Kenya’s most authoritative and accurate blog, have an expose, news TIPS, story angles, human interest stories, drop us an email on [email protected] or via Telegram
Related Topics:Governor Okoth ObadoMigori CountyMigori governor 2022Speaker Boaz Okoth
Up Next

How Joho-Raila divorce began in 2018