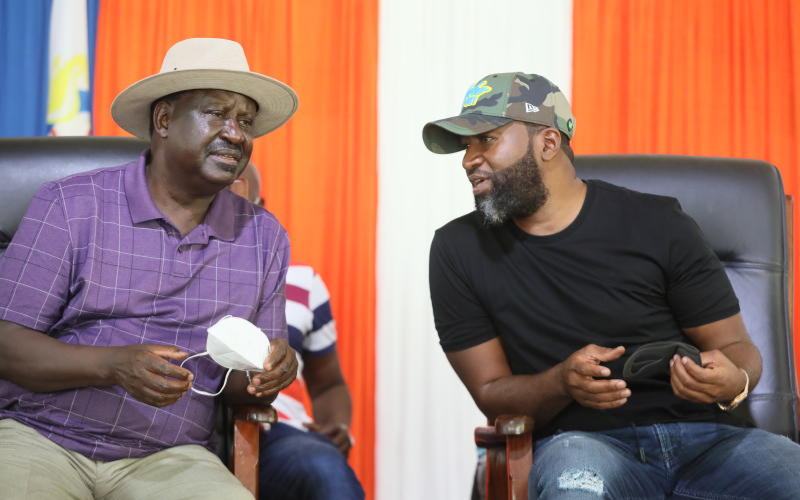 The first ‘valuable item’ the system acquired from the handshake deal is Mombasa Governor Ali Hassan Joho. On May 31 2018, barely three months ater the handshake, Joho hosted Baringo Senator Gideon Moi in his office in Mombasa. The vocal governor has been a staunch supporter of the ODM leader Raila Odinga but their relationship is waning with their silent divorce now beginning to rumble.

Joho is now executing his plot to ditch the orange party by aiming at the presidential ticket that the orange community believes is preserved for Raila.

After leading the Coastal region to support and overwhelmingly vote for Odinga in the past two elections, Joho is now challenging the ODM to return the favor and back his bid. The move leaves support for Raila in shambles when his worthy opponent, DP William Ruto , is leading an onslaught and making inroads into sections of the Coast region.

Kilifi Governor Amason Kingi is also championing calls for the formation of a coastal party, an idea that Joho hates in public but supports behind closed doors. He is believed to be funding the entire process and he may use that party as a bargaining chip as he schemes for national politics ahead of 2022.

Since he became ‘a non-profit’ to the ODM party after the March 9 2018 handshake, Joho has been barking to please the system but not necessarily ODM, where he is the deputy leader.

Baringo Senator Gideon Moi reciprocated by inviting the flashy governor to his father’s home in Kabarak where Joho met the former Late President Daniel T. Moi. Such a meeting is monumental in Kenyan politics, it must the point at which Joho chose to reconsider his stay in ODM. If anything he is serving his final term and must scheme his way into national politics where deal making is based regions and numbers.

Related Content:  Vifaranga Vya BBI: One For The Dynasties

Joho held a close door meeting with the former powerful president and Senator Gideon who was intensifying his forays into Kwale and Mombasa at the time. 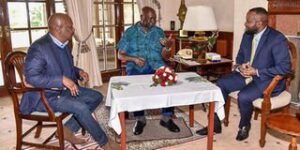 Not much was read about the visit then but the relationship between Joho and Odinga’s ODM worsened when ODM lost Msambweni seat to an independent candidate supported by Dp William Ruto who is eating into Odinga’s support base at the Coast. ODM leaders from Nyanza blamed the Msambweni lose on Joho.

In a retaliatory move , Joho’s family recently refused to fund and mobilize supporters to attend Odinga’s rally in Mombasa during his six day tour of the Coast. The rally was poorly attended amid speculations that 001 is only waiting for expiry of the deadline of presidential ticket applications before he can quit the orange party.

The deadline for submitting applications is March 31, Odinga has not submitted his application but his hardliners like the Suna East Mp Junet Mohamed have already trashed Joho’s bid as a big joke.

Joho is expected to ditch ODM and join the party that Governor is pushing to form which in turn will coalesce with the parties forming Sacred Alliance that is enjoying the backing of the system.

The outspoken governor became ‘pro-system’ after he was sacked in through a deal that saw his family take over strategic cargo terminal in Nairobi built with the public funds. Joho will be in bed with the deep state which is out finish his party boss Raila Odinga and DP William Ruto as the only horses in the 2022 presidential race.

Finishing ODM in the Coast. Clipping the wings of @RailaOdinga and attempting to make him a Luo Nyanza Leader pic.twitter.com/HTW6k1XTcO

Kenya Insights allows guest blogging, if you want to be published on Kenya’s most authoritative and accurate blog, have an expose, news TIPS, story angles, human interest stories, drop us an email on [email protected] or via Telegram
Related Topics:Gideon MoiHassan JohoRaila Odinga
Up Next