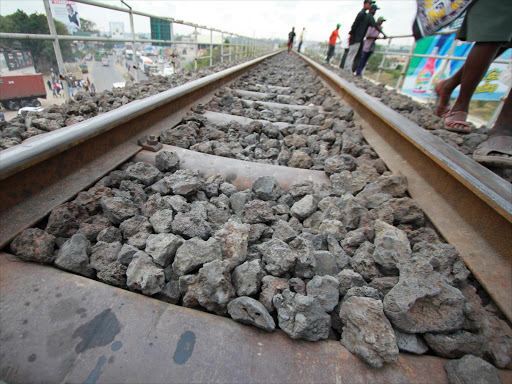 The Ethics and Anti-Corruption Commission has launched investigations after about 900 Acres of land in Machakos County was allocated to a long list of private firms.

The land which is located in Athi River  was supposed to be used  to supplement the capacity of the Inland Container Depot. Kenya Railways took over the land from the East Africa Portland Company after it made huge losses due to mismanagement and political interference.

The process used to lease the land to the firms for 45 years is suspect after reports emerged there was no transparency in how they were chosen.

EACC is now investing the process which was used by KRC to choose the list of 27 firms including one linked to the Mombasa county Governor Hassan Joho. The KRC 10-member board have since been summoned to integrity centre.

Autoport Freight Terminal Ltd which was allocated 50 acres is closely linked to Joho, During his public spat with President Uhuru Kenyatta leading up to the 2017 polls, the logistics company was a major casualty, with the taxman suspending its operating licence.

There are claims some firms were exempted from any fee because they pumped tens of millions to build a state-of-the-art logistics facility.

Related Content:  Revealed How The Government Spies On Kenyans Phones, Capture And Kill Targets And Why Safaricom Is A Helpful Hand
Kenya Insights allows guest blogging, if you want to be published on Kenya’s most authoritative and accurate blog, have an expose, news TIPS, story angles, human interest stories, drop us an email on [email protected] or via Telegram
Related Topics:
Up Next

Part II: Inside Safaricom’s Massive Data Breach: How The Data Was Stolen And Concerns On Data Security