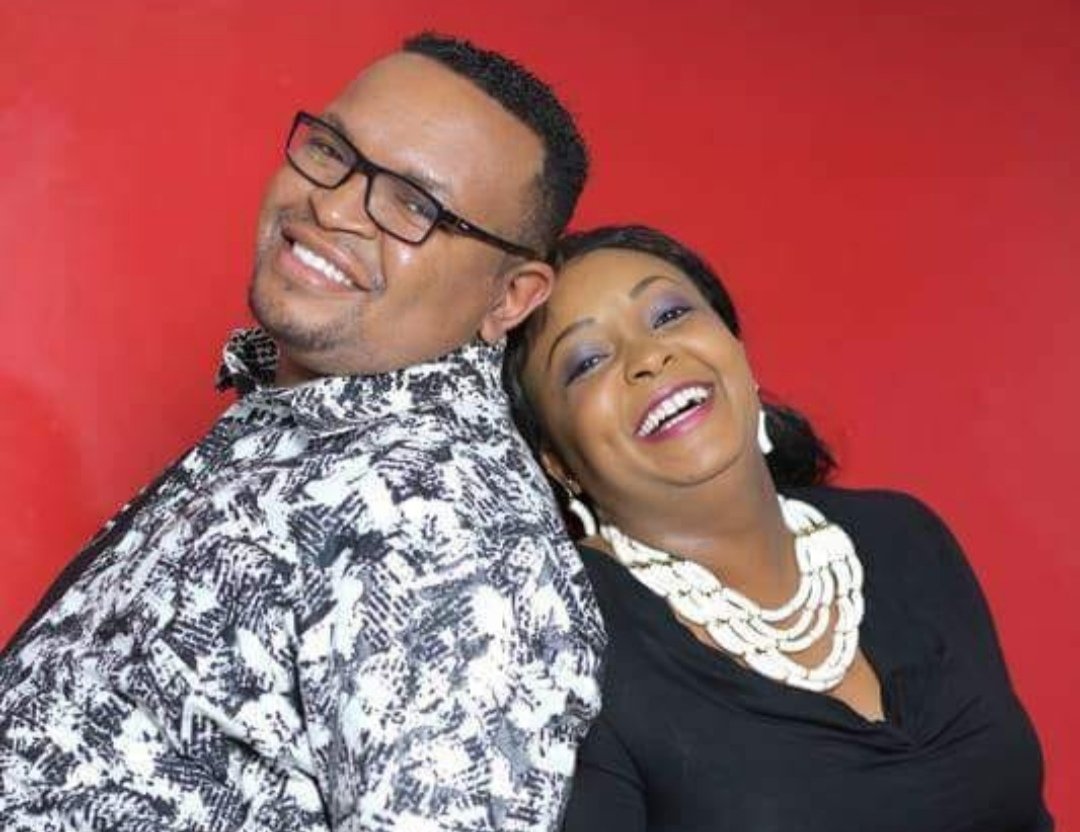 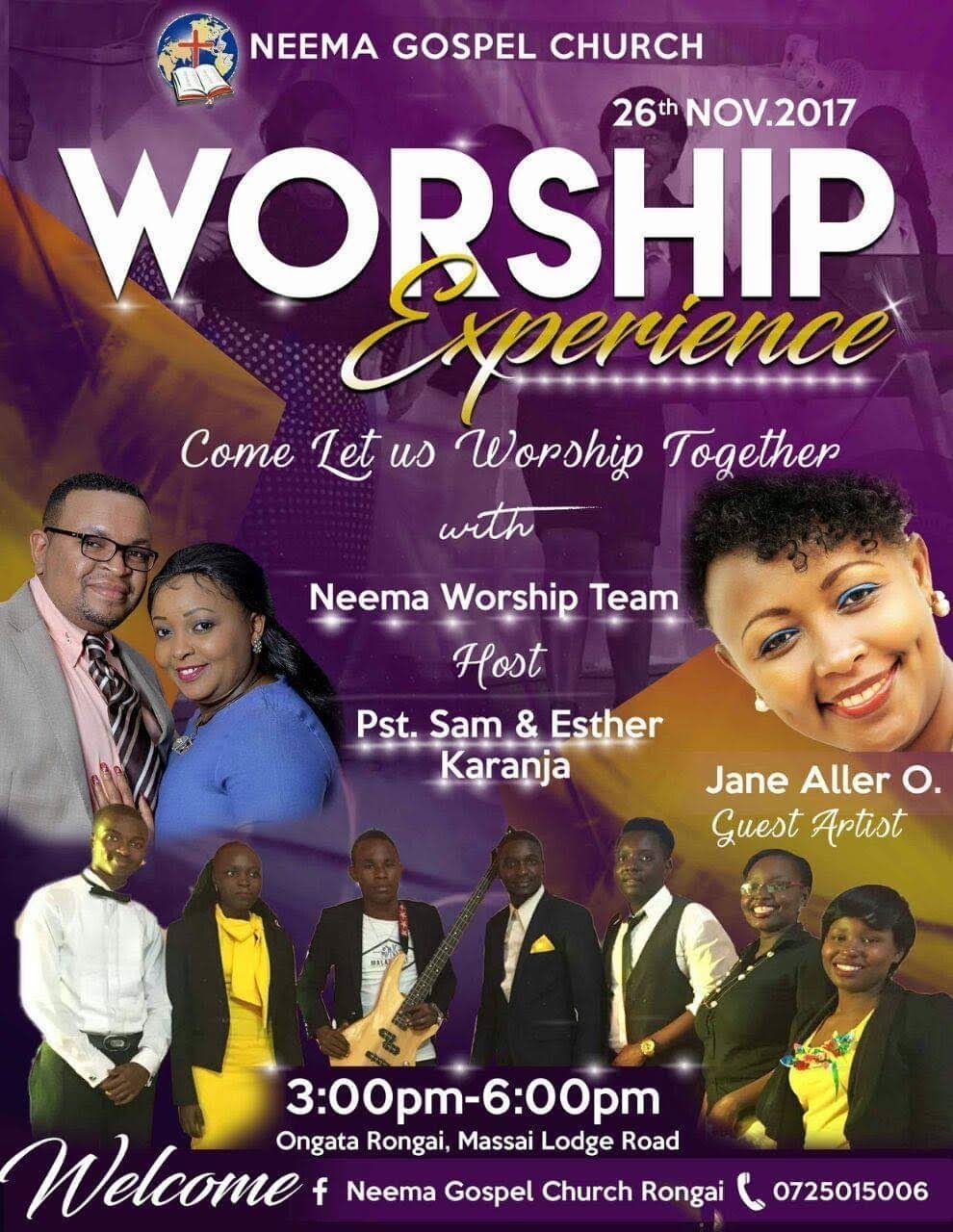 Pastor Sam, according to the documents in our possession, conned a lady called Kate of sh 2.3 million in 2018. The fake reverend claimed he would import a car on Kate’s behalf from Japan if she would make a prepayment of 1.5 million then clear the remaining balance after the car has arrived.

According to the alleged con-victim, Pastor Sam Karanja had a Church in Ngong town, Kajiado county. Karanja resides in Ngara, Nairobi and Kate Muraya stays in Industrial area’s Hazina estate, South B.  All of the transactions and business talk were happening that Kate’s place.

Kate, the alleged conned lady, stated that Pastor Sam had agreed and signed an agreement with her that he will import the said vehicle from Japan.  In the agreement, Rev Sam promised the lady that the said vehicle would be delivered to Kenya’s coast in less than 8 weeks.

In an agreement dated, 22/6/2018, Rev Sam promised Kate that he will provide all the required documents so as she, Kate, would register her supposed to be imported car. 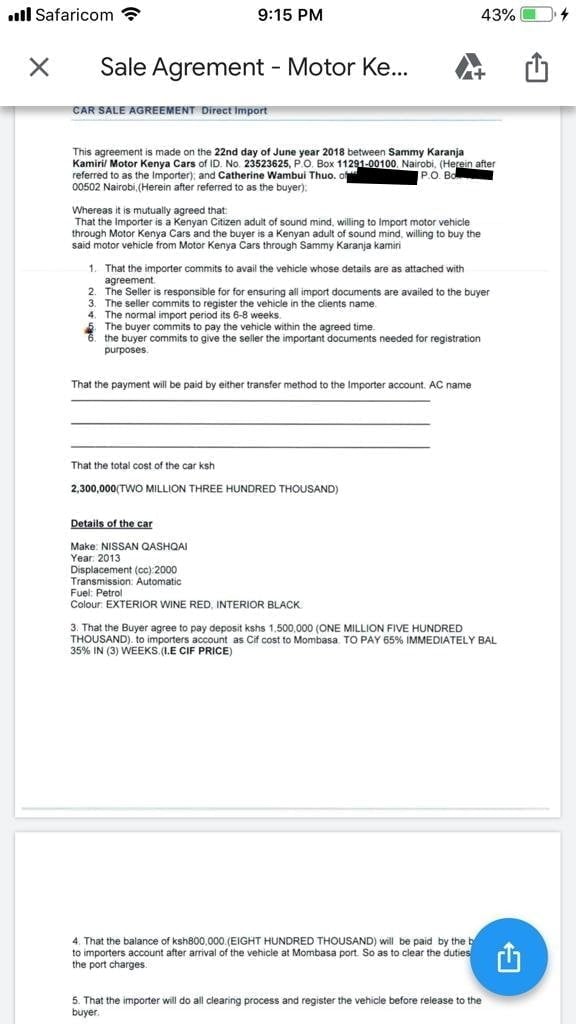 After Rev Sam had made sure that Kate was satisfied and convinced beyond doubt, with proof of an agreement or lets just say, washed, marinated, cooked and ready to be conned of her money without any shred of doubt or suspense, He requested Kate to make the first deposit so that he, allegedly would start the importation process.

3 months later, Pastor Sam reached out on Kate and informed her that her vehicle had arrived at the Mombasa port and she was to pay the remaining installment of sh800,000, so as he would allegedly facilitate the necessary Imports clearance at the port.

And on 29th August 2018, Kate did a real-time-gross settlement, RTG’s, of the said sh800,000 to Sam Karanja as the final batch of the sh 2.3million they had agreed will be needed to import and register the vehicle. 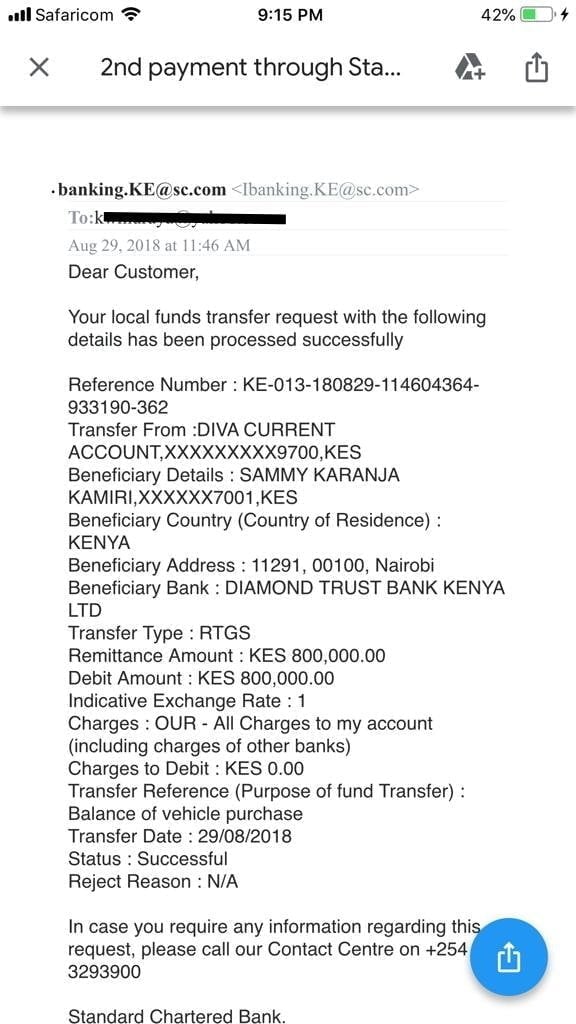 But to Kate’s surprise, Rev Sam informed her that the vehicle that had arrived at the Mombasa port was not what she, initially wanted and has already paid for according to the documents shared before.

Out of curiosity, Kate gave Rev Sam a ‘man of God’s’  benefit of doubt after he sweet-talked her from anger. On the 2nd of October 2018, Pastor Karanja and Kate signed another agreement after Rev Sam promised to make a fresh order of what Kate wanted.

Pastor Sam went ahead and told Kate that the color that she had requested- exterior wine red and interior black- was not available but he had allegedly found another new model- 2015 model- Black colour but comes at an extra amount from what they had ordered before.

Kate had agreed to make a payment of sh50,000 to Pastor Sam to cater for extra expenses that the reordered new model vehicle would need so as it gets imported to Kenya. But Later Sam told her that he has made few calls that have landed him a discount so she won’t need to pay the extra amount.

And in December the same year, Rev Sam continued to give Kate empty promises and cooked up explanations why her car has taken ages to arrive after she made the whole installment as per the agreement.

Kate’s calls and messages have since gone unanswered from that time. Her plans to have a physical meeting with the Pastor have also hit the dead-end prompting her to report to the Police and seek legal services. 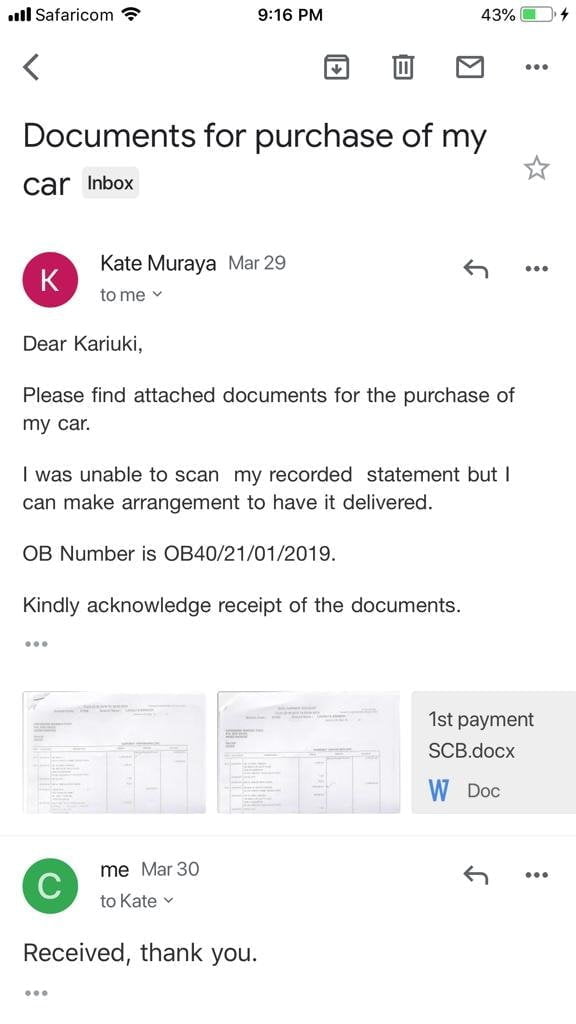 On 21/1/2019, Kate recorded her statement with the Police under OB No 4/21/01/2019. Police made few quick follow-ups but late on, just as she expected, Sam was arrested but later released on Bond. He is now a free man and has deep connections in the Judiciary something that has seen her case be postponed after every hearing date.

Kate  remains in pain and suffering with no one to turn to. She has been conned by Her spiritual guider and the courts are adding an insult to her woes. She has been to Makadara law courts twice for her court mentions that all have been postponed without tangible reason as to why.

In my opinion, Kate’s case is just one in thousands of cases of church-oriented frauds. Kenyan churches have become an avenue conmanship and those who are believed to be soul saver are leading in reaping out souls and looting their brainwashed followers. Almost every pyramid scheme in the recent past has involved church leaders with Reverend David Ngari of Gakuyo real estates and fraud filled now closed EKEZA SACCO being recent. Believers have been brainwashed to trust and do what, some like Owuor’s followers call them Lord tell them. It hurts to see how brainwashed people in society die of ‘faith’ as Church leaders enjoy a flashy lifestyle from the cash they have received from their ‘believers’. What makes church leaders ‘special people’ in society remains unknown. This scams happening in the church has made it look like being a church leader makes you immune to the law. Why is the government giving con and literally killer Church leaders ‘soft’ protection?

Related Content:  What's ailing the University of Eldoret?
Kenya Insights allows guest blogging, if you want to be published on Kenya’s most authoritative and accurate blog, have an expose, news TIPS, story angles, human interest stories, drop us an email on [email protected] or via Telegram
Related Topics:Kate MurayaNeema Gospel ChurchSam Karanja
Up Next

Part I: Inside Safaricom’s Massive Data Breach On Gamblers Data As They Face More Lawsuits In Europe