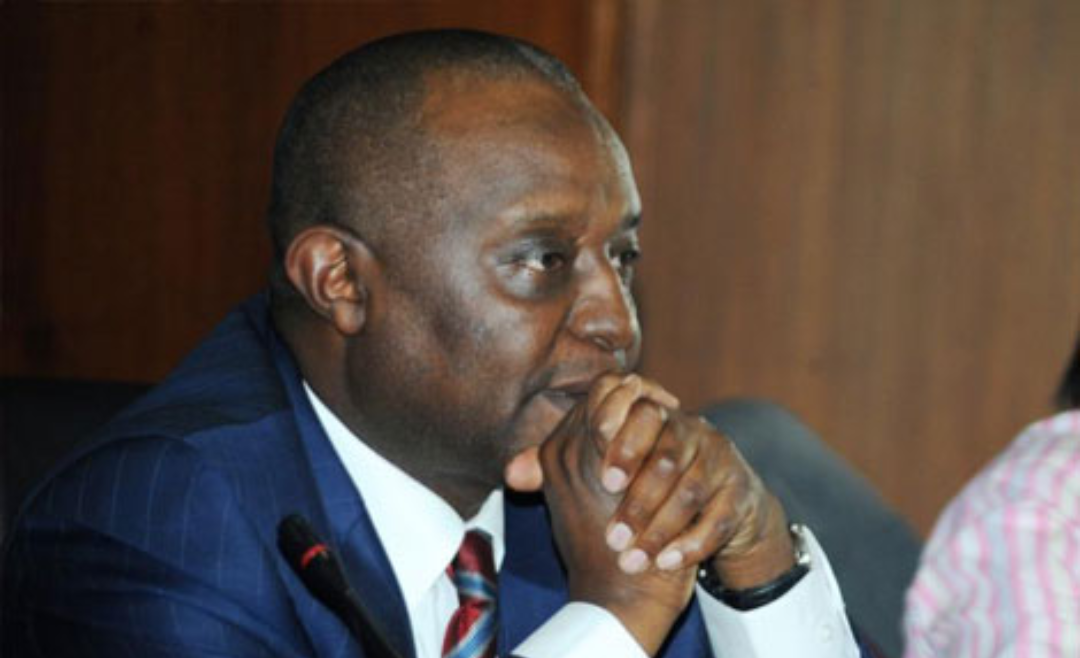 Treasury Cabinet secretary Henry Rotich has been left to fry alone after DPP Hajji and DCI director Kinoti turned their  ‘guns’ on him.

According to sources speaking to media, Rotich had foreseen his arrest, prosecution and sacking from the Cabinet almost three months ago.

Sources close to Rotich told media that people close to him, Rotich, who are senior officials in government had stopped picking his calls.

Rotich is reported to have confided in his friends and close business allies that he felt the government had thrown him under the bus and his Seniors left him to fry alone.

According to sources speaking to local media said that Rotich must have been aware that something bad was coming up because he told us that his seniors had stopped responding to his text messages after the saga of the dams broke out.

Rotich told his friends that he felt frustrated and betrayed according to a source.

“We could tell that he was a disturbed man when he told us that in the past his messages were promptly responded to. It was like he was telling us that he had been left on his own,” Said a source speaking to Media.

Rotich goose started cooking early this year when he was summoned to the DCI headquarters for questioning over the dams scandal.

CS Rotich was first questioned by Police on 18th February this year. He was later to make four more visits to the DCI as investigations progressed.

When Treasury CS was sucked into the dams scandal, their close ties with Head of State vaporised and since then, President Uhuru vowed that all top government officials implicated in corruption will carry their own cross.

Rotich was arrested yesterday almost immediately after the DCI director George Kinoti and Director of Public Prosecutions Noordin Haji jetted in from their two-week visit in Italy.

Kinoti and Hajji left for Italy on July 9 to meet government officials and the Italian government-owned insurer, Service Assicurnativi Dei Commercio Estero (SACE), which was paid Sh11.1 billion as insurance premium for a loan to build the two dams.

“The investigations established that government officials flouted all procurement rules and abused their oath of office to ensure the scheme went through,” DPP Haji said in a press briefing.

According to DPP Hajji, government officials went ahead to award the contracts to CMC Di Ravenna of Italy to run concurrently while aware that the firm was, at the time of award, straining and getting into voluntary liquidation back in Italy.

The DCI director Kinoti had also asked CS Rotich about the missing National Environment Management Authority reports and lack of public participation in the Dam projects.

Another company was paid 6million to supply generators while another one was paid Sh19 million for physical studies.

The records further indicate that another company was paid 13 million for provision of air tickets and yet another got 6 million for generators.

Kenya Insights allows guest blogging, if you want to be published on Kenya’s most authoritative and accurate blog, have an expose, news TIPS, story angles, human interest stories, drop us an email on [email protected] or via Telegram
Related Topics:CMCCS Henry RotichDCIDPPItalyPresident KenyattaTreasury
Up Next

Babu Owino: Ruto Should Resign And Must Be Arrested